Lawson doubles up in TRS at Highlands

Lawson doubles up in TRS at Highlands 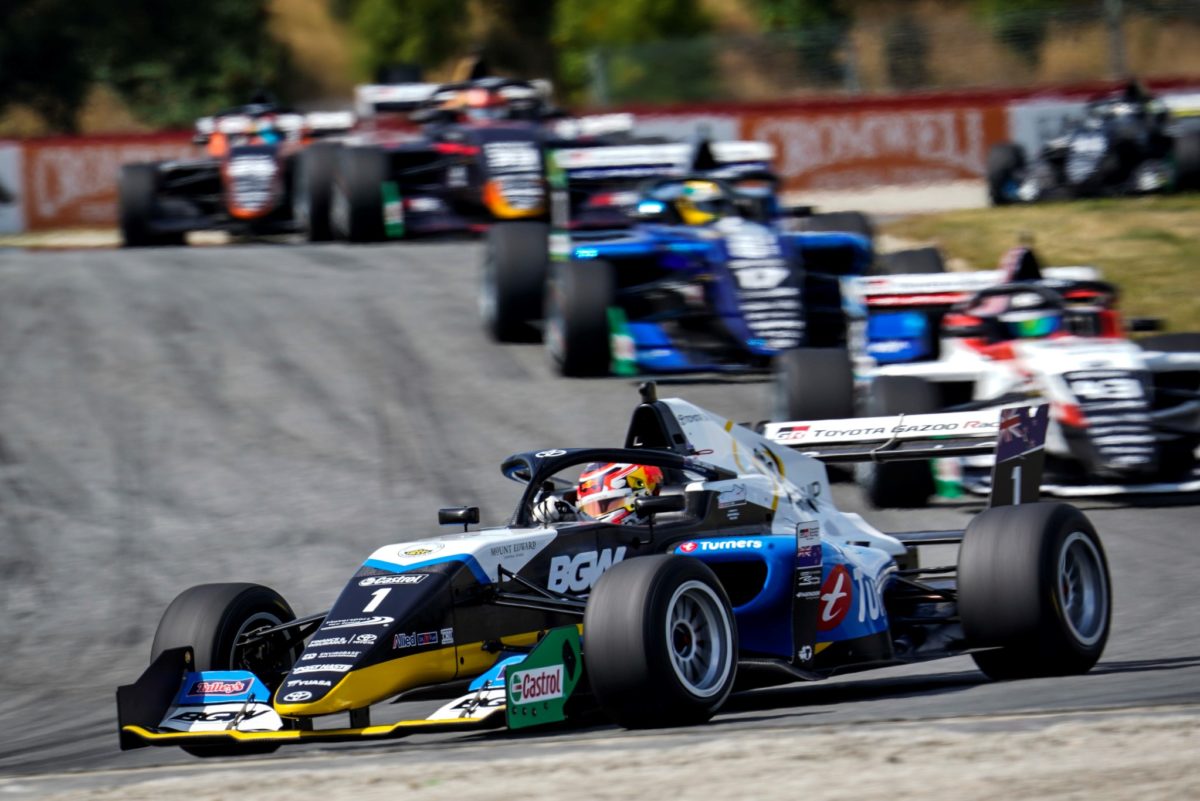 Liam Lawson leaves Round 1 of the 2020 Castrol Toyota Racing Series at the head of the standings after racking up another race win at Highlands Motorsport Park.

The Kiwi Red Bull junior was the beneficiary of a Caio Collet penalty in the first race of the season but led all the way in the weekend’s feature for the Dorothy Smith Memorial Trophy.

Collet was to have joined Lawson, who had broken the outright lap record in the morning’s qualifying session with a 1:27.375s, on the front row for the 20-lap race.

However, the Brazilian pitted his mtec Motorsport entry at the end of the warm up lap due to the lingering effects of a hit with the wall in Race 2, earlier in the day.

Lawson took a clear lead through the opening corners and the M2 Competition driver was three seconds up on the field when a Safety Car was called on Lap 13 to retrieve the stricken Jackson Walls.

The race restarted on Lap 16 and Lawson rebuilt his advantage to 2.077s at the chequered flag, from Kiwi Motorsport’s Franco Colapinto.

“It was actually a very challenging weekend, this car is a lot more physical to drive than last year’s,” said Lawson of the new-for-2020 FT-60.

“The longer races at the end of the weekend are very tough. I wanted to maximise points today and I’m very happy to have achieved that.”

Having finished fifth in Race 2, for which the grid was partially reversed, Lawson leads the series by 15 points over M2 Competition team-mate Igor Fraga after the first of five rounds.

Fraga finished third in Race 3, ahead of Yuki Tsunoda and Gregoire Saucy (Giles Motorsport), while Walls (mtec) was not classified due to the apparent mechanical failure which saw him stop out on circuit.

Tsunoda made for a sweep of the weekend by M2 Competition, and indeed also by Red Bull juniors, having won Race 2.

The Japanese driver was a major beneficiary of the grid inversion and led all the way, with Oliver Rasmussen (mtec) second, from Lirim Zendelli (Giles), and Saucy.

Walls took ninth while Collet was a non-finisher due to glancing a wall on Lap 2.

Tsunoda is third in the series, 16 points behind Lawson, ahead of Round 2 at Teretonga Park in Invercargill next weekend.