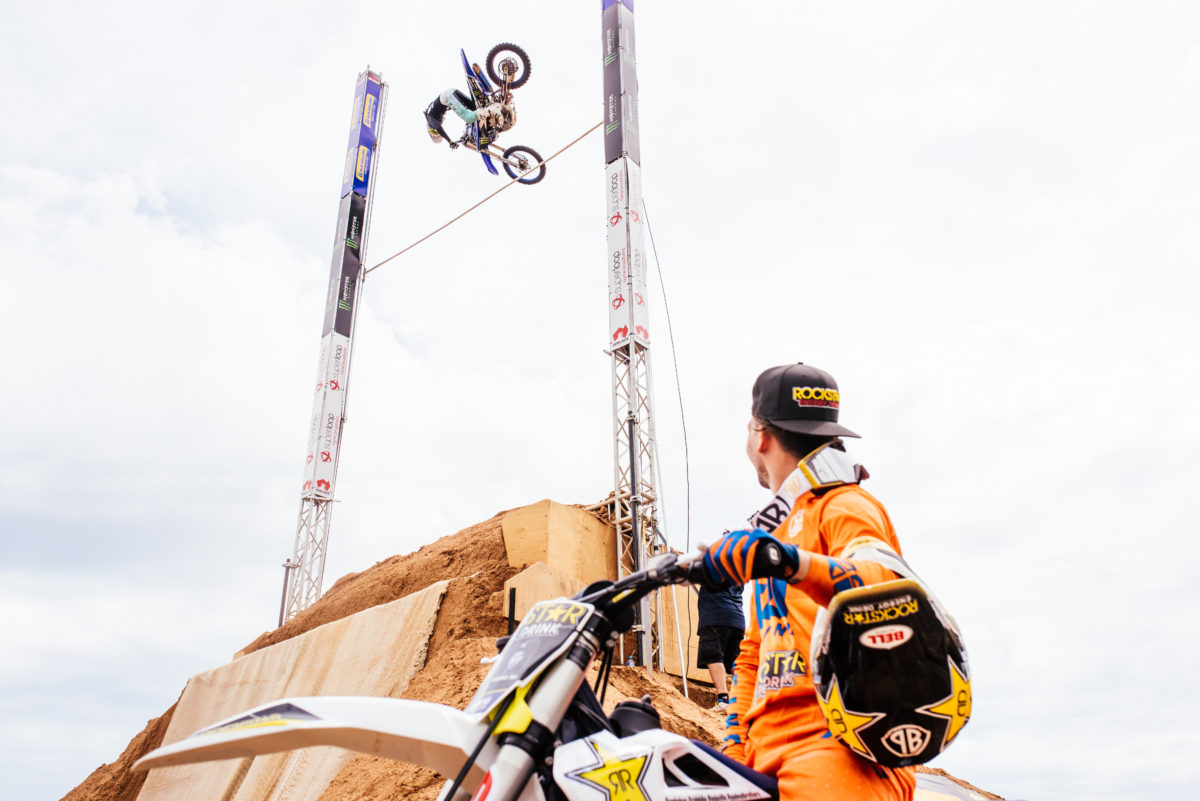 Superloop Adelaide 500 organisers have confirmed the return of Moto X Step Up, headlined by Australia’s X Games gold medallist Jarryd McNeil, as part of off-track activities for this year’s event.

Moto X Step Up is a contest akin to a high jump for motocross riders, with competitors attempting to clear a bar as high as 55 feet (almost 17 metres).

It will again be position in the Victoria Park precinct, near the concert stage, at the Supercars Championship season opener.

McNeil has won X Games gold in the discipline for the past four years, as well as its first Australian competition which was held at last year’s Adelaide 500.

“It was awesome to win the first ever Moto X Step Up competition in Australia at last year’s Superloop Adelaide 500,” said McNeil.

“It’s cool to see so many Aussie fans at the event, embracing Moto X Step Up and cheering us on.

“This year the field is just as competitive, if not more, with a number of international riders.

“I’m looking forward to the challenge that it brings and trying to retain my title.”

Adelaide 500 General Manager Alistair MacDonald added, “Last year was a huge success with the Moto X Step Up bringing an exciting off- track attraction to the event.

“We’re looking forward to seeing some of the world’s best riders, including Australia’s own Jarryd McNeil, Corey Creed (Half Pipe 2019 X Games Gold medallist) and Robbie Marshall compete against a number of international riders.”

This year’s Adelaide 500 also features the first examples of the revamped knockout qualifying format which will be run for selected races in this year’s Virgin Australia Supercars Championship.

Qualifying for Races 1 and 2 of the season will feature two-part knockout qualifying into Top 10 Shootouts replacing the regular Part 3 of the session.

Next Story Aussie Invader III to be sold at auction