Security and safety stepped up after 2019 B12Hr incident 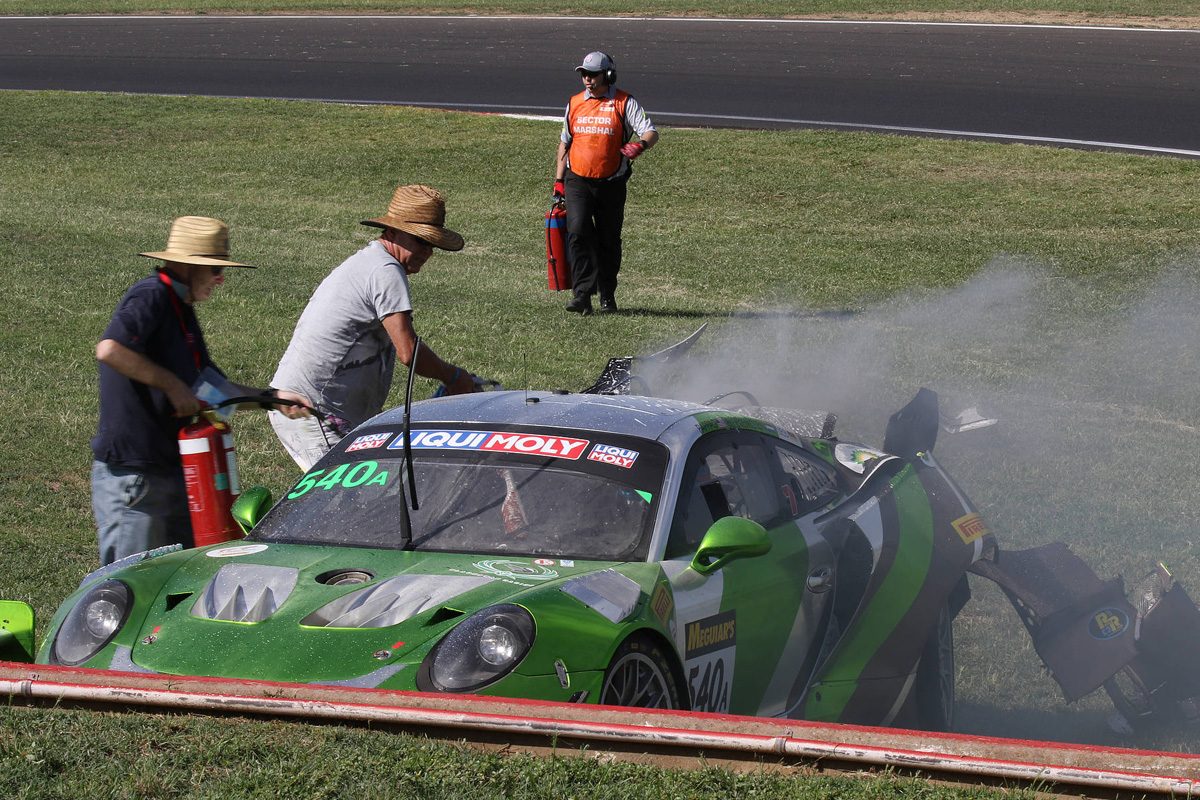 The fans fighting the fire in Pappas’ car

Supercars and Motorsport Australia have stepped up security, safety, and incident response procedures after two spectators jumped the fence and entered the circuit at last year’s Bathurst 12 Hour.

It triggered an investigation into the incident which has since seen changes across a number of areas.

“Security deployment at the location of the incident in question was immediately investigated and revised at the event last year,” read a statement from Supercars issued to Speedcafe.com.

“Following further post-event investigation, changes were subsequently put in place for the Supercheap Auto Bathurst 1000 and will also be utilised at the Liqui-Moly Bathurst 12 Hour this year.

“We have worked with Motorsport Australia to improve track safety in the area, including the positioning of officials, fire/first response vehicles and the additional tyre bundles at that point of the track.

“The same set up used for the Bathurst 1000 last October will be utilised once again this month for the 12 Hour.”

Part of those revisions has seen changes made to where vehicles are stationed with a view to expediting their response.

Additional protection has also been added to the wall, with a double-layer tyre barrier extended beyond where Pappas made impact.

“We certainly felt that whilst our responsibilities don’t extend to the spectators in terms of getting access to the track, there were some learnings from that.

“We did speak to the marshals, we interviewed the marshals about the time that it took to get them there, and we’ve also redeployed First Intervention Vehicles to a section of the track that gives them quicker access to that particular spot.

“So, from a risk management point of view, the three things we looked at was the standard of the marshaling, the location of the FIV – the First Intervention Vehicle – which has now been adjusted accordingly so they get there quicker, and thirdly some more protection at that particular space.”

Arocca added that he would never condone spectators entering the circuit.

“We would certainly always discourage spectators from taking any sort of intervention action at any event,” he asserted.

“There is no place for spectators intervening in fire rescue or other interventions on the track.”

This year’s Bathurst 12 Hour, the next major event at Mount Panorama, begins on January 31.