Queensland privateer hails Dakar 2020 as his best yet 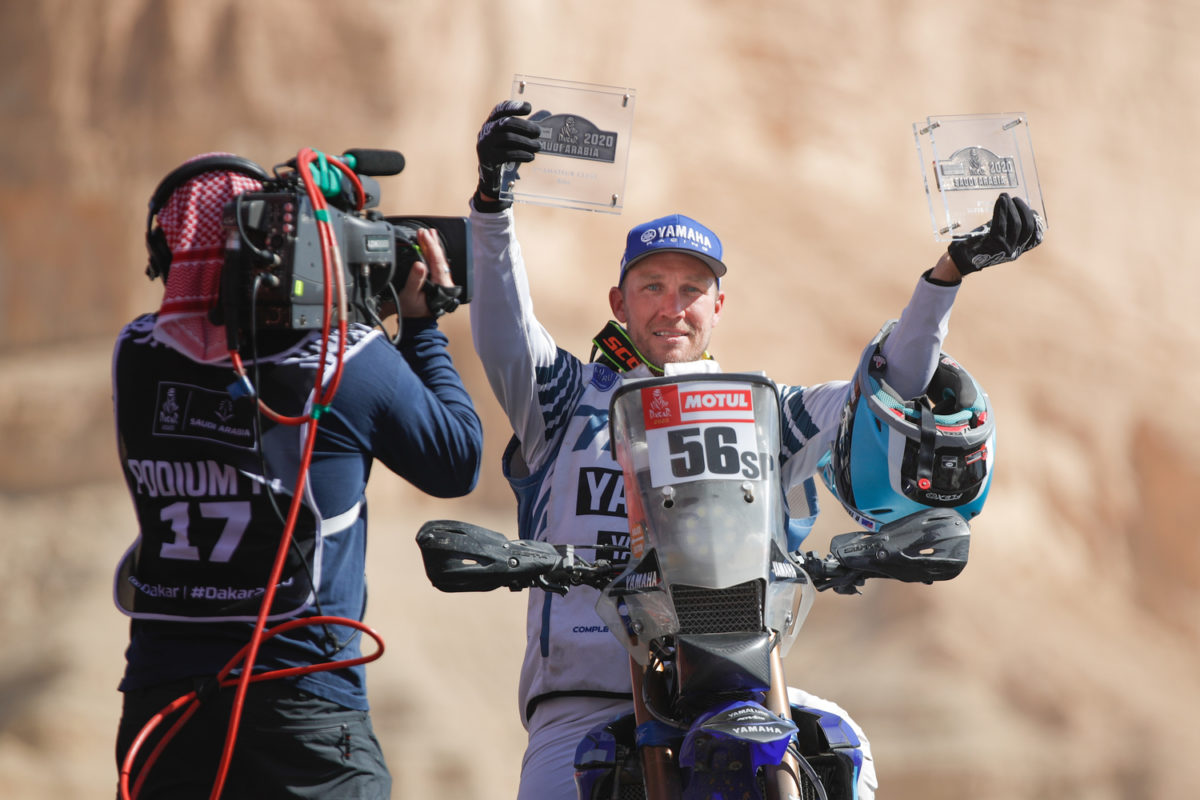 Queenslander Rodney Faggotter has hailed this year’s Dakar Rally his best yet after sealing 13th overall in the Bikes class.

The result is the 43-year-old’s best in six Dakar starts and came in a campaign during which he took a best ever sixth on Stage 10.

Faggotter also did it as a privateer, with some support from the Drag’On Rally team, having previously been the factory Yamaha team’s ‘water carrier’ with a remit to support its other riders.

“I had a solid two weeks and rode the most ‘in control’ but also at the best I have ever done.

“The riders in front of me are the best rally riders in the world and most of them full time athletes – I’m pumped to be near and amongst these guys!”

“Two weeks flat out and it comes to an instant stop and now I try get to reflect and appreciate everyone’s support and messages.”

He went on to thank his family, as well as French mechanic Quentin Brossier, and compatriot Ben Young “for helping me get to the start line.”

Faggotter failed to finish last year due to engine problems, but was the only factory Yamaha rider to complete the 2018 edition, in 16th overall.

Young was another of the half-dozen Australians who started the 2020 event, all on motorcycles, and all six made the end in Qiddiya.