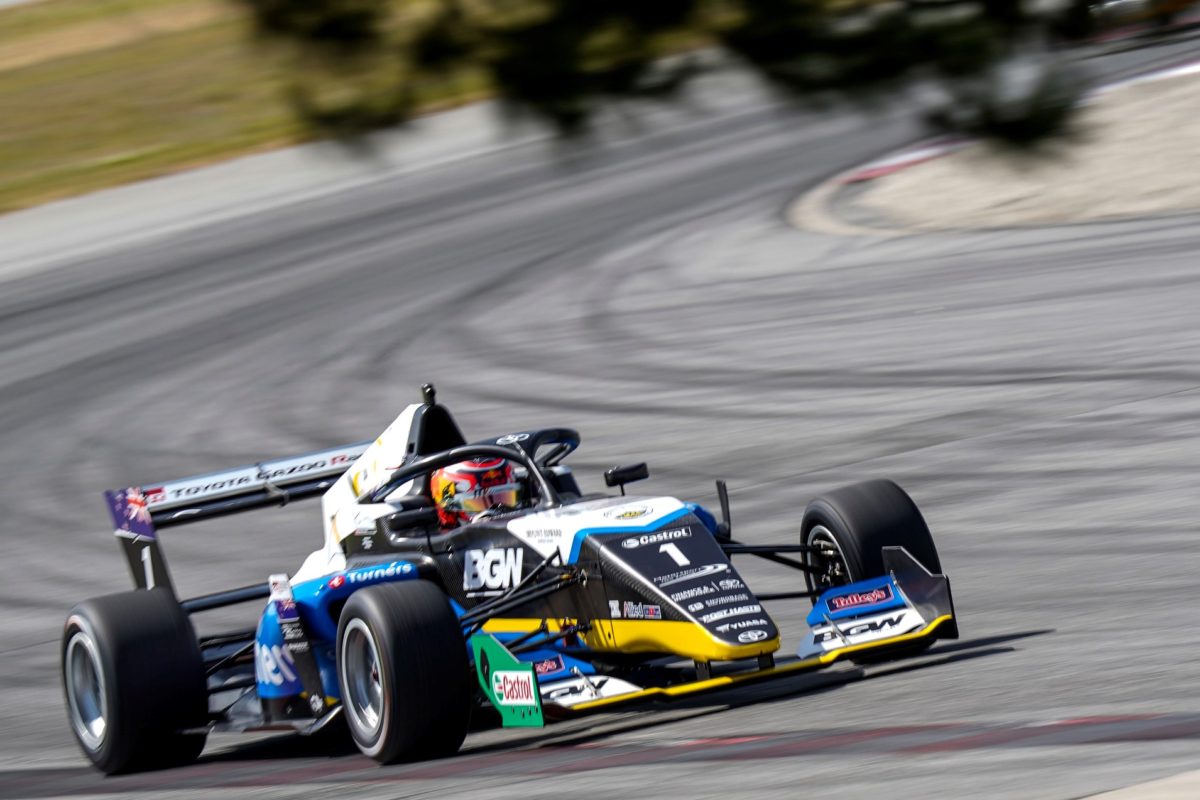 Liam Lawson has won the first race of the 2020 Castrol Toyota Racing Series at Highlands after his team successfully brought a protest against provisional race winner Caio Collet.

The Brazilian had been able to stave off the pressure which came from Lawson for much of the 15-lap affair, but came unstuck for the practice start he made on the warm up lap.

Lawson’s M2 Competition team had spotted the indiscretion and successfully lodged a protest against the mtec Motorsport entry which saw Collet incur a five-second penalty that relegated him to seventh.

It meant that his ability to keep an extremely keen Lawson at bay on a single-lap dash to the chequered flag counted for little.

“We had a decent start but I couldn’t quite get Caio off the line,” said Lawson.

“The cars have a lot of downforce, more than last year. Around a track like this with lots of long corners, there aren’t that many places to pass. I tried but I just couldn’t get close enough.

“It’s the first race of the season and I didn’t want to risk anything. At the end of the day it’s a solid result but we need to go a bit better in qualifying. There’s still more speed in the car.”

Collet’s penalty also saw Igor Fraga moved up a spot to make for an M2 one-two, ahead of the Giles Motorsport entries of Grégoire Saucy and Lirim Zendeli, and Kiwi Motorsport’s Franco Colapinto.

Australian Jackson Walls got home in 13th in an mtec entry after giving up spots when he ran onto the grass exiting the Bus Stop on Lap 2.

Henning Enqvist (Giles) was classified in 16th despite causing the late Safety Car when he slewed into a tyre barrier due to an error under brakes at the chicane.

Jose Blanco retired with a mechanical problem, after missing qualifying due to a crash in his Kiwi Motorsport entry the day prior.

Team-mate Amaury Cordeel did not take the start at all due to suspected concussion having also crashed in testing.

Races 2 and 3 at Highlands Motorsport will be held tomorrow.