Quintanilla gains on Brabec on penultimate stage of Dakar

Quintanilla gains on Brabec on penultimate stage of Dakar 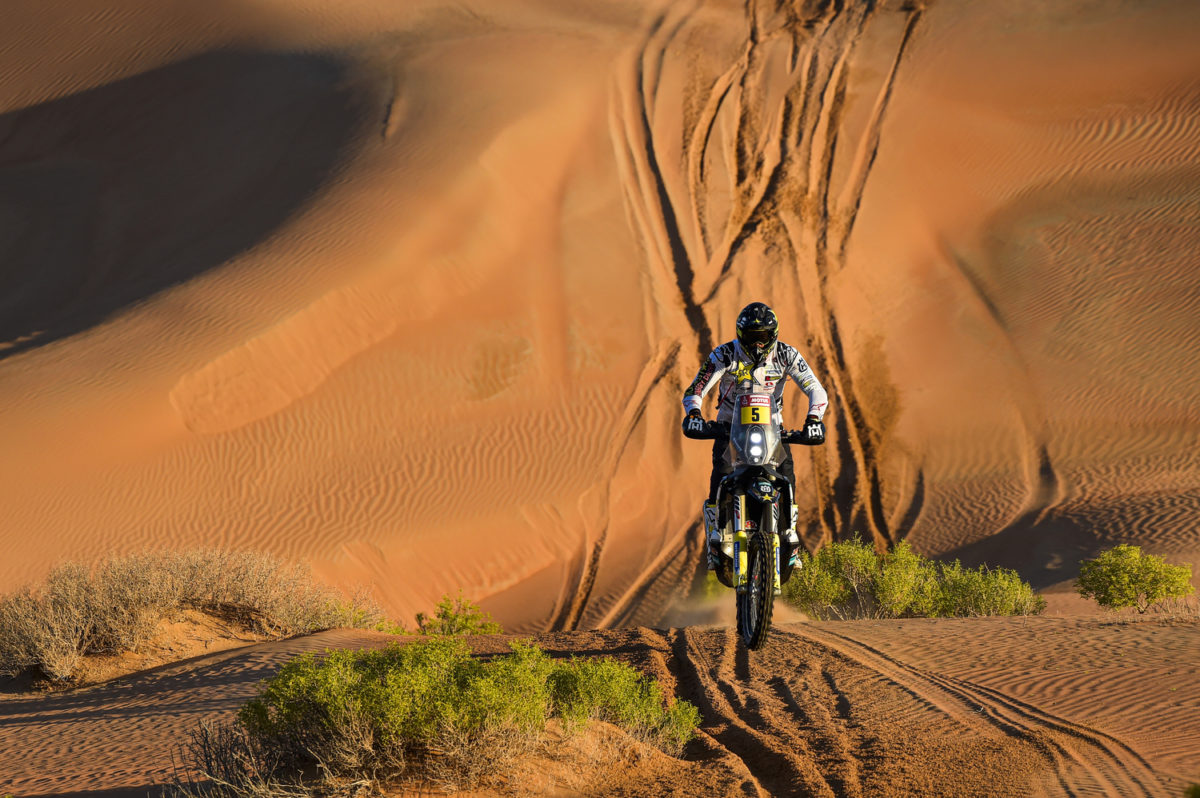 Pablo Quintanilla has gained almost 12 minutes on Ricky Brabec but the Honda rider still leads by almost 14 minutes after the second-last stage of the 2020 Dakar Rally.

Quintanilla beat Matthias Walkner to the Stage 11 victory by only nine seconds after 379 competitive kilometres from Shubaytah to Haradh, while Toby Price finished fifth and moved back onto the overall podium.

Quintanilla pushed hard and led at all but the last waypoint before the finish, when he trailed Walkner by one second, but the 2018 Dakar champion was also no more than 1:01s behind at any waypoint.

With that, his second stage win of the event, Quintanilla moved to 13:56s behind Brabec in the overall classification and consolidated his hold on second position.

“It is always a nice feeling to win (at least) one stage in Dakar.

“The stage was really difficult, it was really tough, many dangers, almost all the time off-piste, and I gave my 100 percent since the beginning. I’m happy with the result.

“I caught a lot of time to Ricky, but there is still a big difference between us and we will see what happens tomorrow.”

Brabec was only 10th on the stage, 11:48s slower than Quintanilla, after a conservative approach to the second-last stage of Dakar 2020.

“Today was a big distance so fuel mileage was definitely a concern,” said the Monster Energy Honda rider.

“I rode (at) about 70 percent, I was just trying to conserve the body and the bike, and I’m happy we made it to here.

“We’ll have a good starting position for tomorrow and not necessarily push but just get to the finish line tomorrow.

“Tomorrow could be a really big day for us, so that’s what we’re crossing our fingers for and keeping positive vibes, for sure.”

The Australian was outside the top five at each waypoint until the finish, which he took 5:49s off Quintanilla’s pace in fifth position.

Price nevertheless moved up a spot to third overall 8:38s behind Quintanilla and over 20 minutes away from Brabec.

Luciano Benavides (Red Bull KTM) and Jose Ignacio Cornejo Florimo (Monster Energy Honda) were third and fourth respectively on the stage, while Joan Barreda Bort was well back in 22nd.

Barreda Bort opened the stage by virtue of being fastest on the day prior, and gave up time to the pace-setters at a significant rate with his deficit to Quintanilla standing at 14:48s at the end of the special.

The Monster Energy Honda rider dropped from third to seventh overall, with Cornejo still rounding out the top five.

“It was good for Ricky, he has almost won the rally,” said Barreda Bort of his team-mate.

“We tried to push this morning and get a good rhythm, but when you’re opening it’s impossible.

“I’m happy with our work today. In the first week I didn’t get the right feeling, also I lost concentration due to my rib pain.

“I’ve been doing much better since the start of the second week.”

The 2020 Dakar Rally comes to a close with a shortened 167km special between Haradh and Qiddiya.