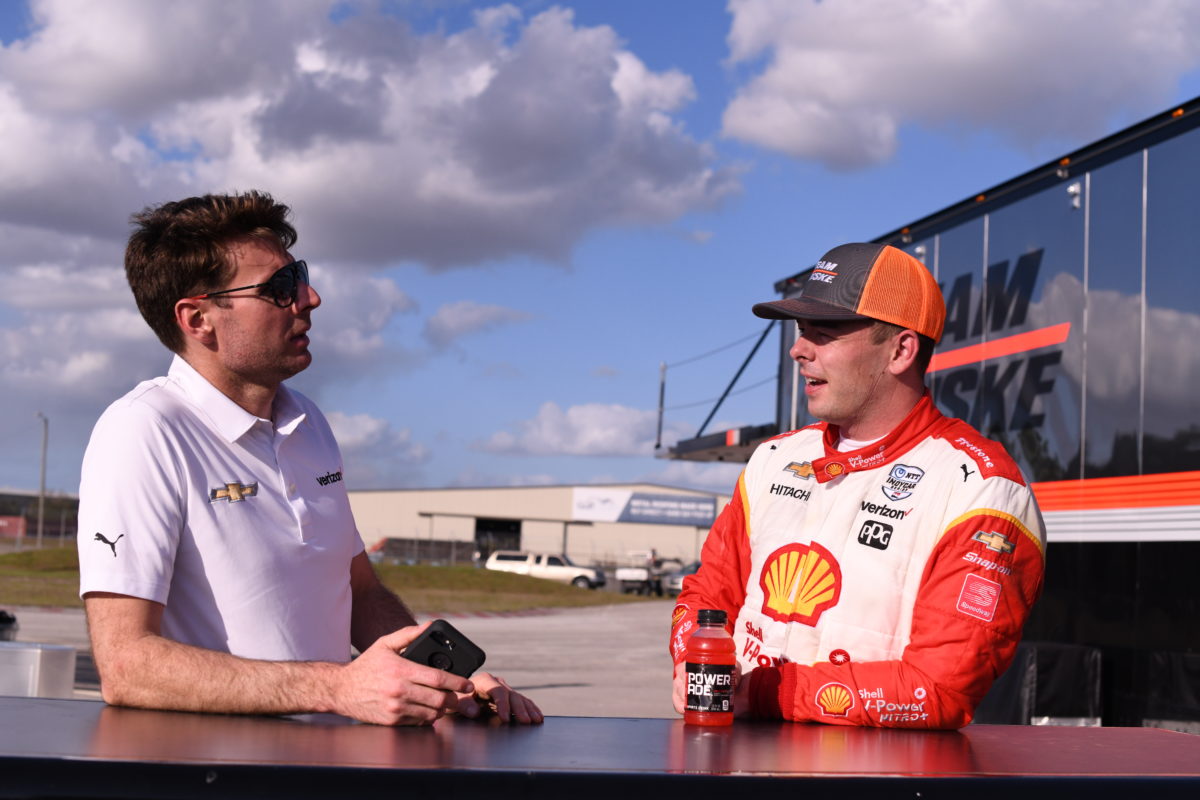 Power with McLaughlin at the Sebring test

Will Power believes Scott McLaughlin has what it takes to be able to compete in an IndyCar in future.

Power was on hand as McLaughlin completed a rookie evaluation day for Team Penske at Sebring on Sunday.

It was the two-time Supercars champion’s first taste of the American open wheeler, an experience he described as a bucket list opportunity.

With testing in the series limited, McLaughlin was tasked with evaluating items for the team, and providing feedback to the engineers.

Despite his inexperience in the machinery, Power believes the 26-year-old performed well.

“We went through a bunch of items that, because of testing restrictions, we couldn’t try, and he gave very good feedback on all the test items the team had for him so I think he’s a very capable driver.”

Power, who became the first Australian to win the Indianapolis 500 with his victory in 2018, believes that with more time McLaughlin would prove a very capable IndyCar driver.

“It’s always a tough step, your first day, physically in these cars obviously because you haven’t got power steering and pulling a lot of Gs under braking.

“Everything is new to him basically, you’ve got to get used to a completely different car that behaves totally different to what he has been used to.”

“I feel like if you’re a fast driver in anything, whether it be a touring car, an open wheel car, usually there’s going to be a timeline but eventually you’ll adapt and be fast in whatever discipline you’re doing.

“It’s just so hard to tell but based on what he’s done before in motorsport, you would expect that he’ll be able to adapt well and be able to race an IndyCar.

“I don’t know what the overall plan in all that is but you know he’s clearly a good driver.”

McLaughlin is now set to return to Australia as preparations for the 2020 Supercars Championship ramp up.

While the season proper begins at the Superloop Adelaide 500 on February 20-23, it follows the official pre-season test at The Bend Motorsport Park on February 18.