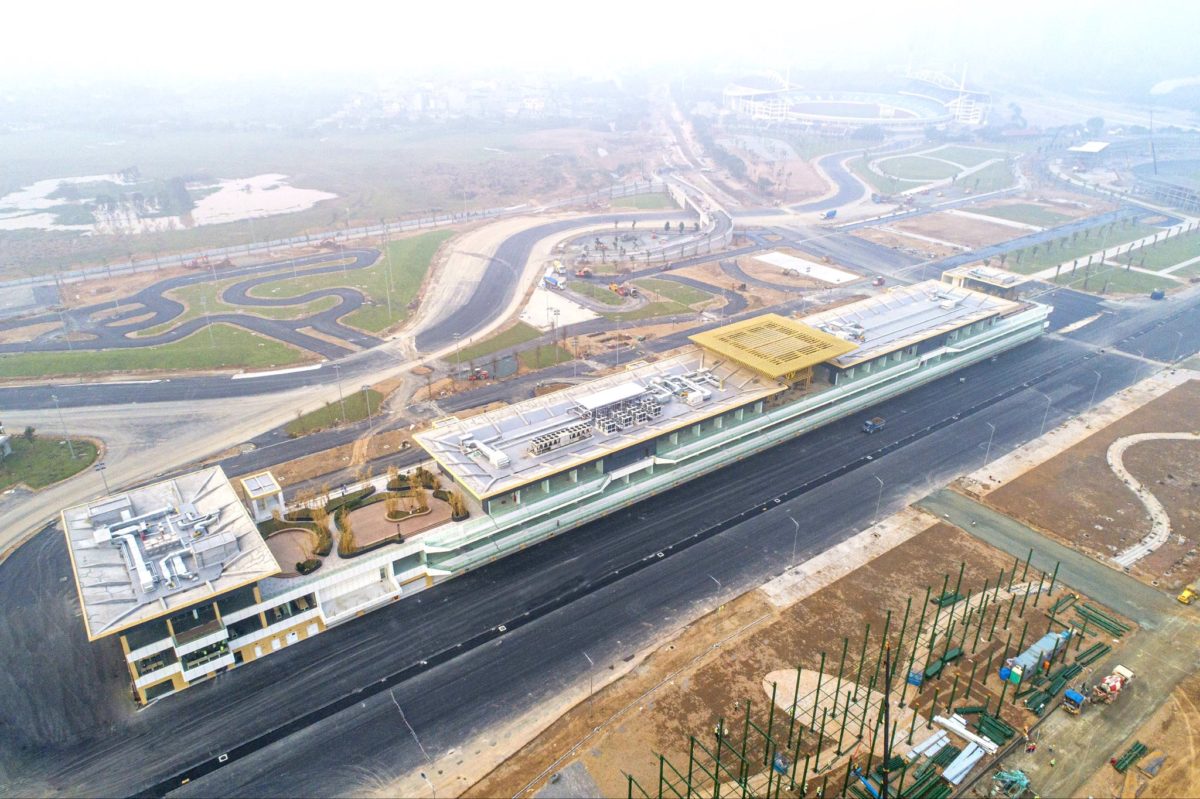 Images of the pit complex in Hanoi have been released ahead of the city hosting the Vietnamese Grand Prix later this year.

Vietnam will make its debut on the Formula 1 calendar when the circus visits in April on a mixture of permanent and parkland circuit.

Construction has been ongoing since last March with the 300 metre long pit complex having recently been finished.

“This is an important moment in the development of the Hanoi Circuit and another vital milestone in the lead up to Vietnam’s first ever Formula 1 race weekend,” said Ms. Le Ngoc Chi, CEO of the Vietnam Grand Prix Corporation.

“Like the Imperial Citadel of Thang Long and the Pavilion of the Constellation of Literature which have inspired the Pit Building’s design, we hope this structure will become another iconic Hanoi landmark.

“With the track itself nearing completion and grandstands starting to go up as the event draws ever closer, the excitement levels for the Formula 1 VinFast Vietnam Grand Prix 2020 are rapidly growing.

“We are ready and we look forward to seeing you in Hanoi very soon.”

Major construction at the Hermann Tilke-designed 5.6 kilometre circuit is reportedly due for completion by the end of the month.

It will host the Vietnamese Grand Prix over the April 3-5 weekend.