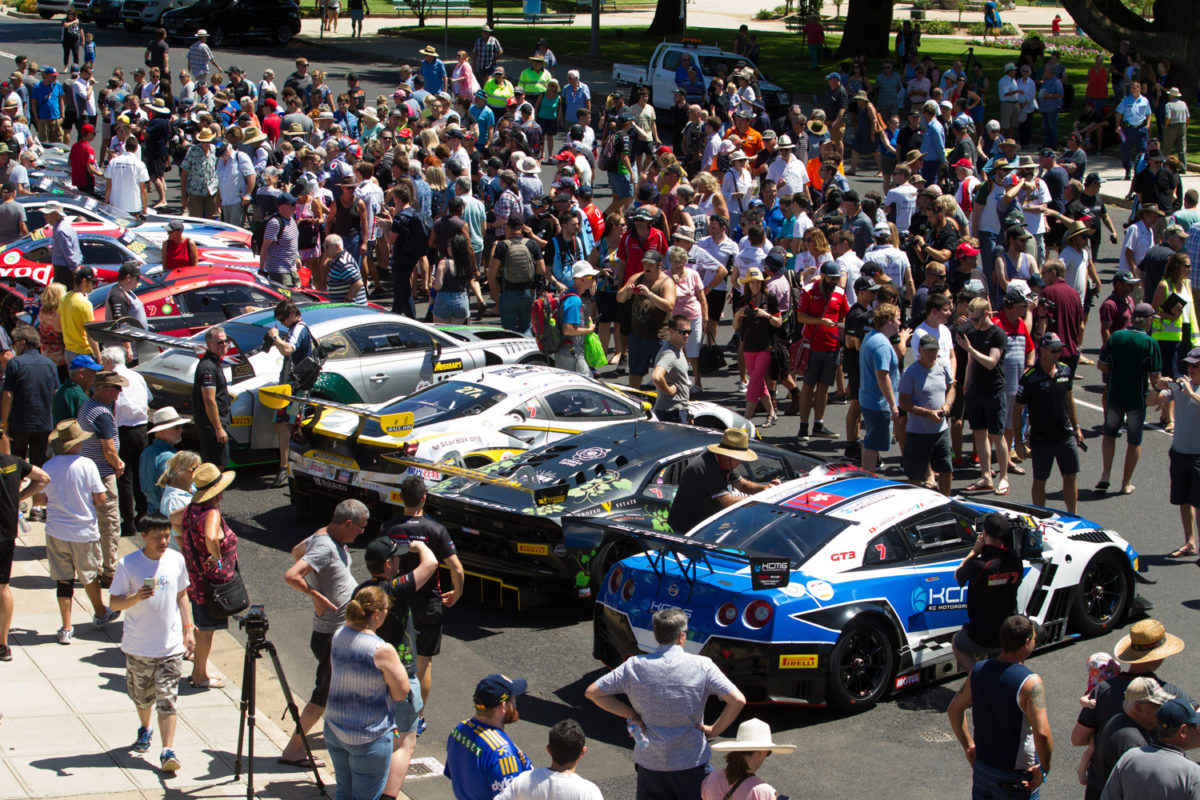 This year’s Liqui-Moly Bathurst 12 Hour will feature the ‘Town to Track’ concept with the Bathurst city centre again hosting the off-track event on Thursday.

Introduced last year, this year’s parade will differ with all 40 entries set to make the journey.

Leaving the circuit at 10:45, they’ll drive along public roads from the Mount Panorana circuit under Police escort to Russell Street.

The approximately 3.5 kilometre journey will see the field travel down Panorama Avenue, onto Brilliant Street, and then on to Russell Street where they’ll be lined up in two rows.

A public Q&A and autograph session will then follow once the cars are in place, before heading back to the circuit via Williams Street and Panorama Avenue at 13:30.

“Town to track was a hugely popular addition to the event in 2019 and saw thousands of people line the streets to see the best GT3 cars from around the world drive on the Bathurst city streets,” said Event Director Kurt Sakzewski.

“This year we’ve gone to four-times the number of cars by including the entire field as part of the parade.

“It will be quite a show both as the cars head to, and back to the circuit from Russell street on Thursday.

“Once parked, fans will have the opportunity to meet the star drivers, grab a poster, get some autographs and meet and greet with the people involved in the race.

“We’re very appreciative of the New South Wales government, New South Wales Police and the Bathurst Regional Council for their efforts in making this hugely exciting part of the 12-Hour weekend happen – it’s going to be quite a show.”