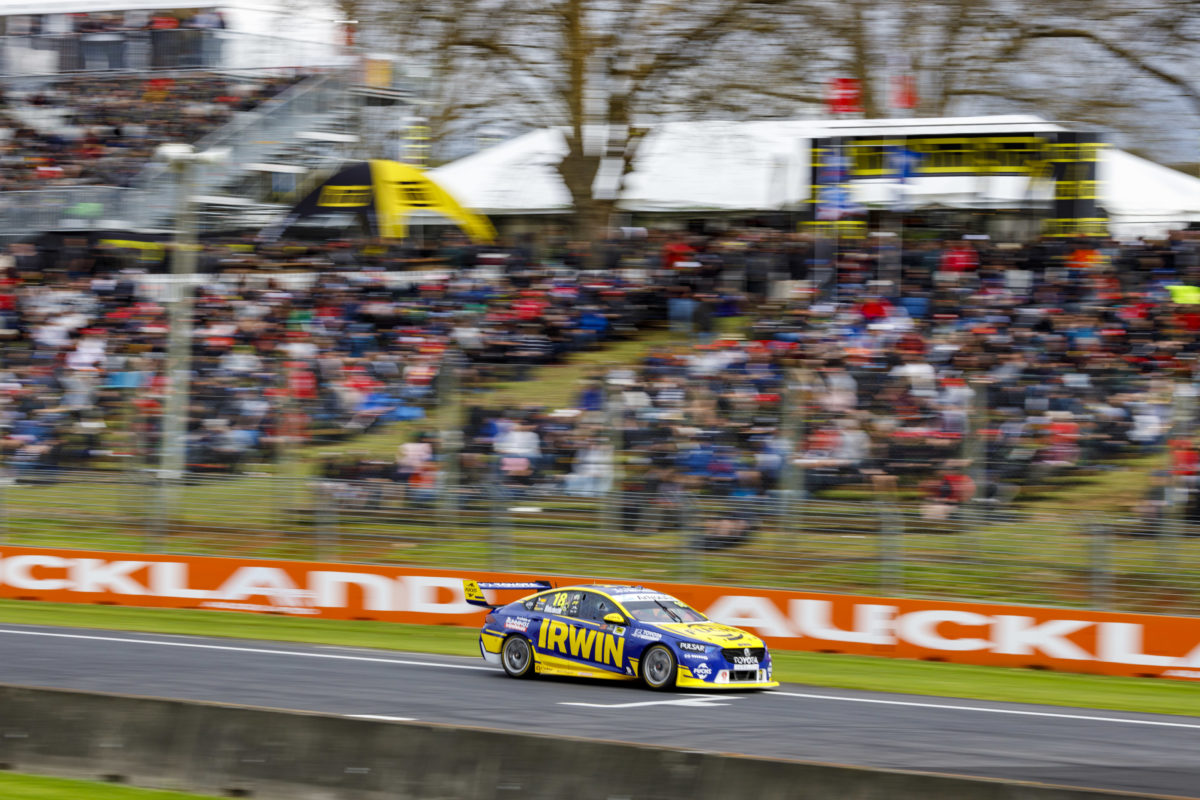 Mark Winterbottom at Pukekohe in 2019

Mark Winterbottom has floated the idea of a New Zealand double-header following news that this year’s ITM Auckland Super400 will move to Hampton Downs from Pukekohe.

On Monday it was revealed that local legislation would not allow the event to go ahead at Pukekohe.

Instead, Supercars and local authorities have worked to move the event to Hampton Downs, located 30 minutes south of Pukekohe.

Though he’s not raced at the venue, Winterbottom has driven around it and is looking forward to the revised event.

“Hampton Downs is an exciting addition to the Supercars calendar this year,” Winterbottom told Speedcafe.com.

“It’s a really cool track and I expect that the racing will be great.”

The 2015 Supercars Champion suggested that the presence of the two circuits so close to one another could open up opportunities for a New Zealand double-header.

“It would be great to have it on the calendar full time,” he said.

“I would personally love to go one step further and see back-to-back rounds in New Zealand, having Pukekohe and Hampton Downs a week apart.

“Given how strong the Kiwi drivers are in our championship, and the fact that the fans over there absolutely love our racing, I really believe that two meetings in-a-row would work.

“After we go at Hampton Downs this year, I guess we’ll get a good idea if that concept would work, and I hope one day it does.”

However, while Winterbottom is keen on the prospect of a second event in New Zealand, there is less certainty from the sport’s top brass.

“We’ve been looking at what we might be able to do with Josie (Spillane, COO of Hampton Downs and Highlands) and Tony (Quinn, owner) and all their facilities in New Zealand,” Supercars CEO Sean Seamer confirmed to Speedcafe.com when asked if Highlands was a possibility in future.

“When we start to look at what the future looks like after this year and we start looking at where we might want to go, that (Highlands) could be considered.

“We don’t believe that we have the ability to do two rounds in New Zealand in terms of timing, that’s something that comes up every time we go to New Zealand.

“Our priority is just making sure that we nail it in April this year at Hampton Downs.”