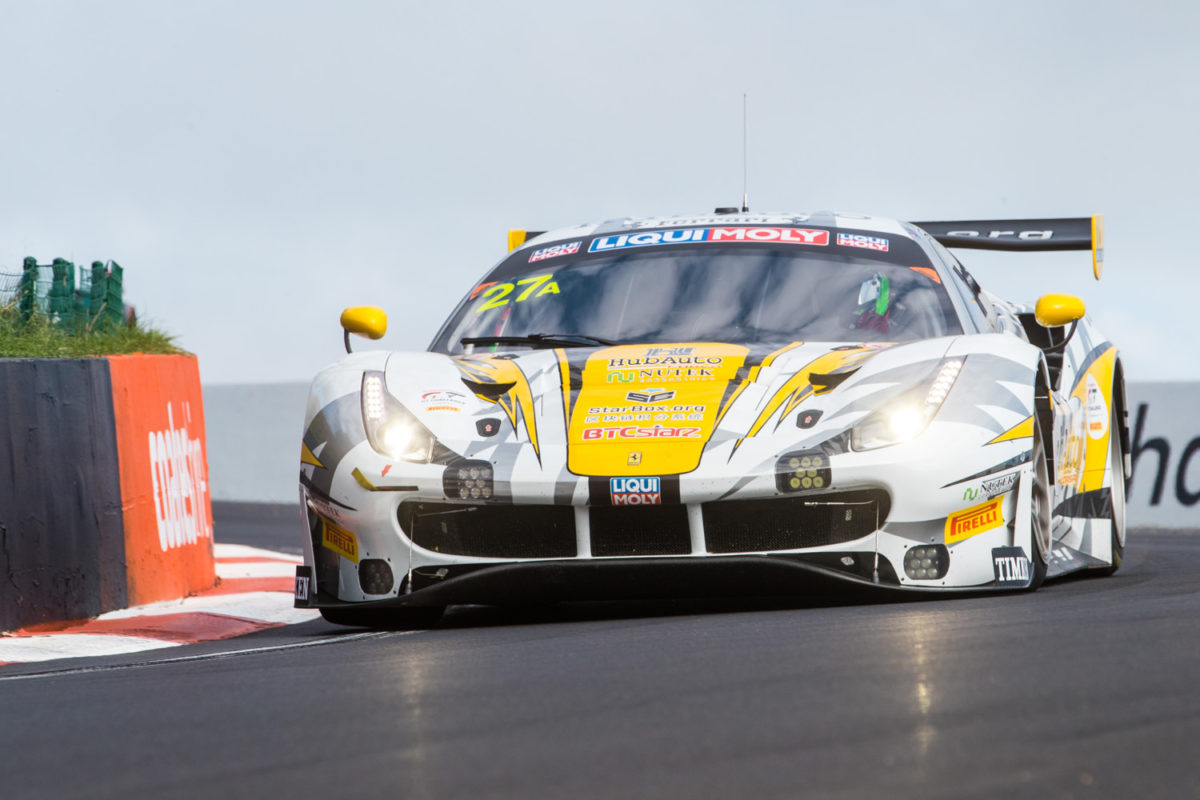 Tim Slade will rejoin HubAuto Corsa for the Bathurst 12 Hour

Tim Slade will race a Ferrari 488 GT3 at this year’s Liqui-Moly Bathurst 12 Hour for HubAuto Corsa.

Slade confirmed his drive on social media, and will share the car with Brazilians Daniel Serra and Marcos Gomes.

“Looking forward to joining Hub Auto again to kick the year off,” he wrote on Twitter in response to the team’s announcement of the entry.

He has also twice tasted success at the 24 Hours of Le Mans, winning the GTE Pro class with Aston Martin in 2017 and again with AF Corse last year.

Similarly, Gomes has also won the Stock Car Brasil title, claiming victory in a Peugeot 408 in 2015.

He was also part of HubAuto Corsa’s team in the Asian Le Mans Series, finishing second in class at The Bend last weekend, alongside outings with the team in the Blancpain GT World Challenge Asia series last year.

Slade, who will race alongside Scott McLaughlin in this year’s Pirtek Enduro Cup, competed with HubAuto Corsa at Mount Panorama a year ago.

In that instance the squad finished 18th after contact with a MARC Focus V8 at Forrest’s Elbow in the early stages of the event forced it in the garage for an extended period.