Tickford drivers react to Eseries: ‘It was complete madness’ > View 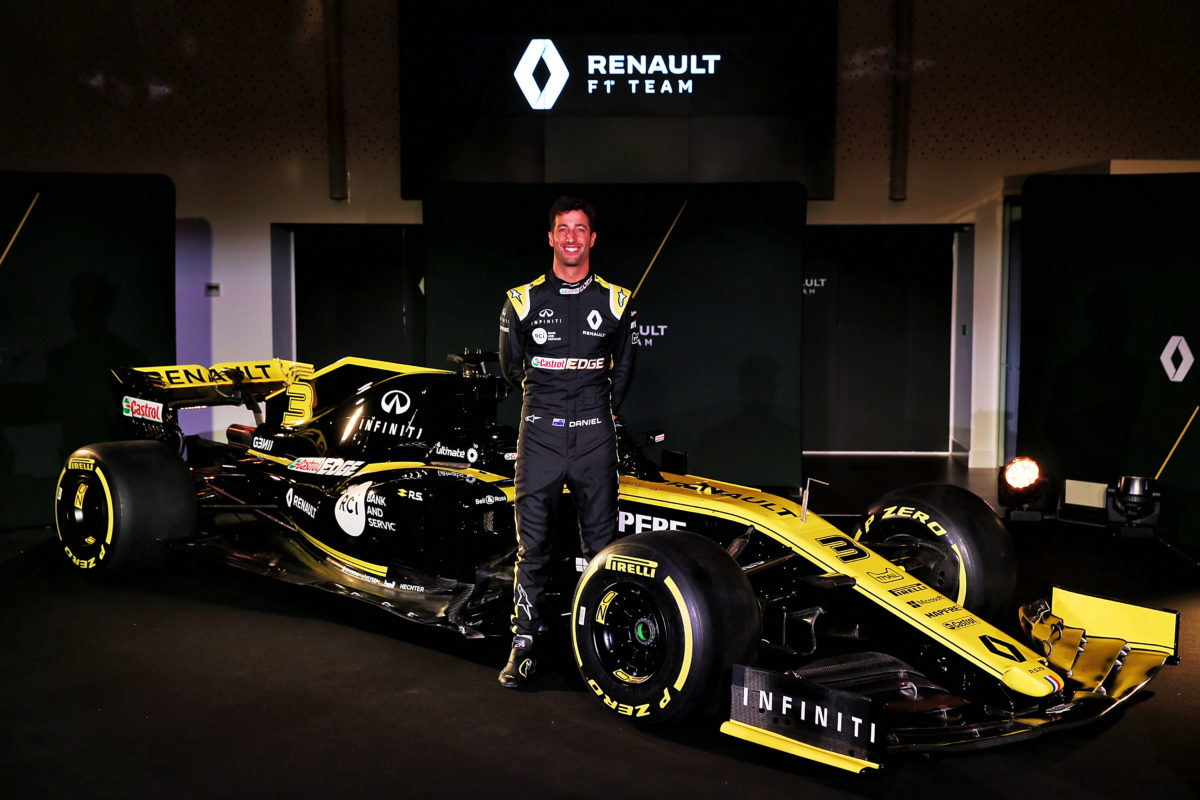 Renault has become the latest Formula 1 team to announce the launch date for its 2020 car.

The Anglo-French squad took to social media to confirm that its new car will be launched on February 12.

Daniel Ricciardo is set to enter his second season with the team, which last year finished fifth in the constructors’ championship.

The Australian will be joined by new team-mate Esteban Ocon, the Frenchman signed to replace Nico Hulkenberg.

Next Story VIDEO: Tracking the life of an F1 nose cone