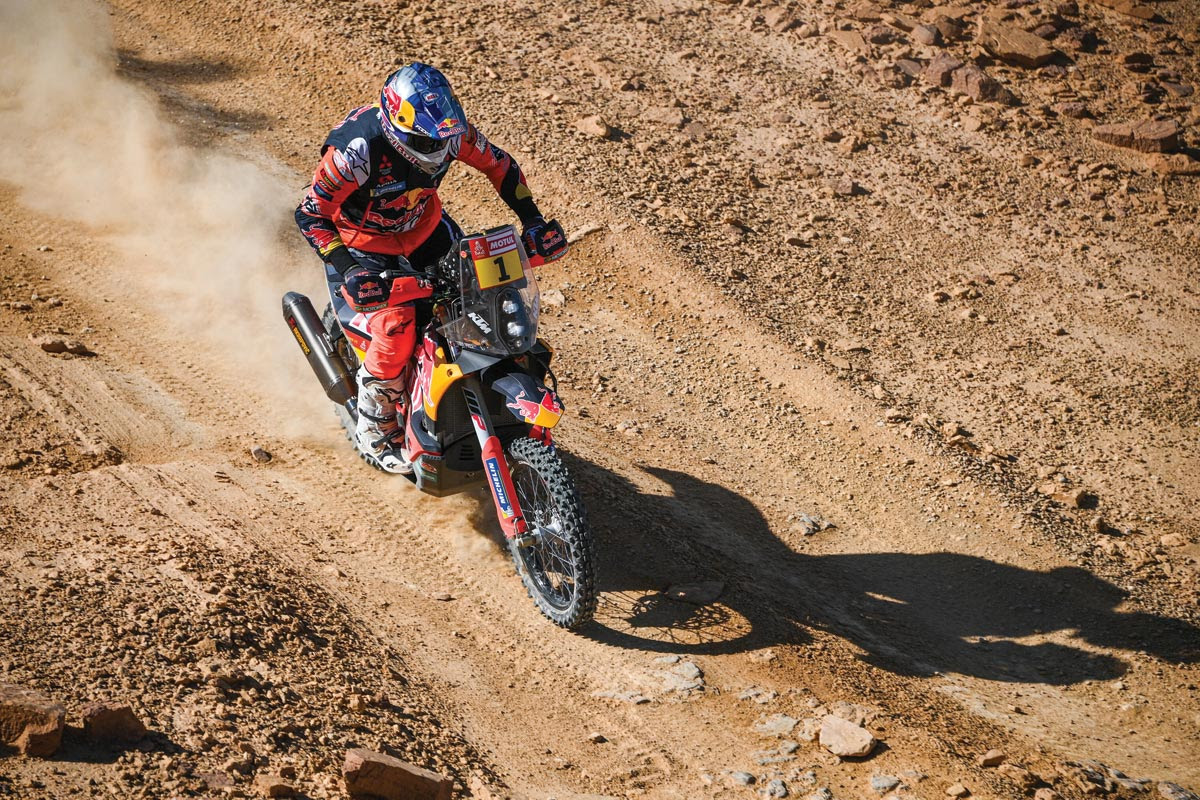 Toby Price believes that it will be a tough task to overhaul the top three as the 2020 Dakar Rally moves into its final two stages.

Price dropped a spot in the overall classification on Stage 10, the first of a pair of marathon stages from Haradh to Shubaytah and back, and is now almost half an hour away from event leader, Ricky Brabec, in fourth position.

The outbound stage from Haradh was cut short due to strong winds and a shortage of helicopters arising from a multitude of incidents.

That cost the 2019 Dakar champion the chance to gain ground on Brabec, Pablo Quintanilla, and Joan Barreda Bort, the latter of whom moved into third overall by winning Stage 10.

However, it also took away the option to try for a strategic result in considering road position for the following stage.

“My day has gone well,” said Price after the completion of Stage 10.

“It’s a little frustrating that the stage was cut short as I was planning on finishing a little further back to make up more time tomorrow (Stage 11).

“It is what it is and of course it was definitely the right decision to make regards safety.

“The good news is, the bike’s in good shape and we’re all ready for tomorrow.

“Unfortunately, I’ll still be starting quite near the front, so it’ll be tough to make up a lot of time on the leaders, but I’m feeling strong and looking forward to the last couple of days.”

Should Price not be able to hold on to the #1 plate, it would also most likely mark the end of an extraordinary streak of 18 Dakar victories in a row for KTM.

Honda’s Brabec and Barreda Bort are split by Quintanilla, a Husqvarna rider, while the next best KTM rider after Price is Matthias Walkner, who is almost 13 more minutes behind in sixth overall after 10 stages out of 12.