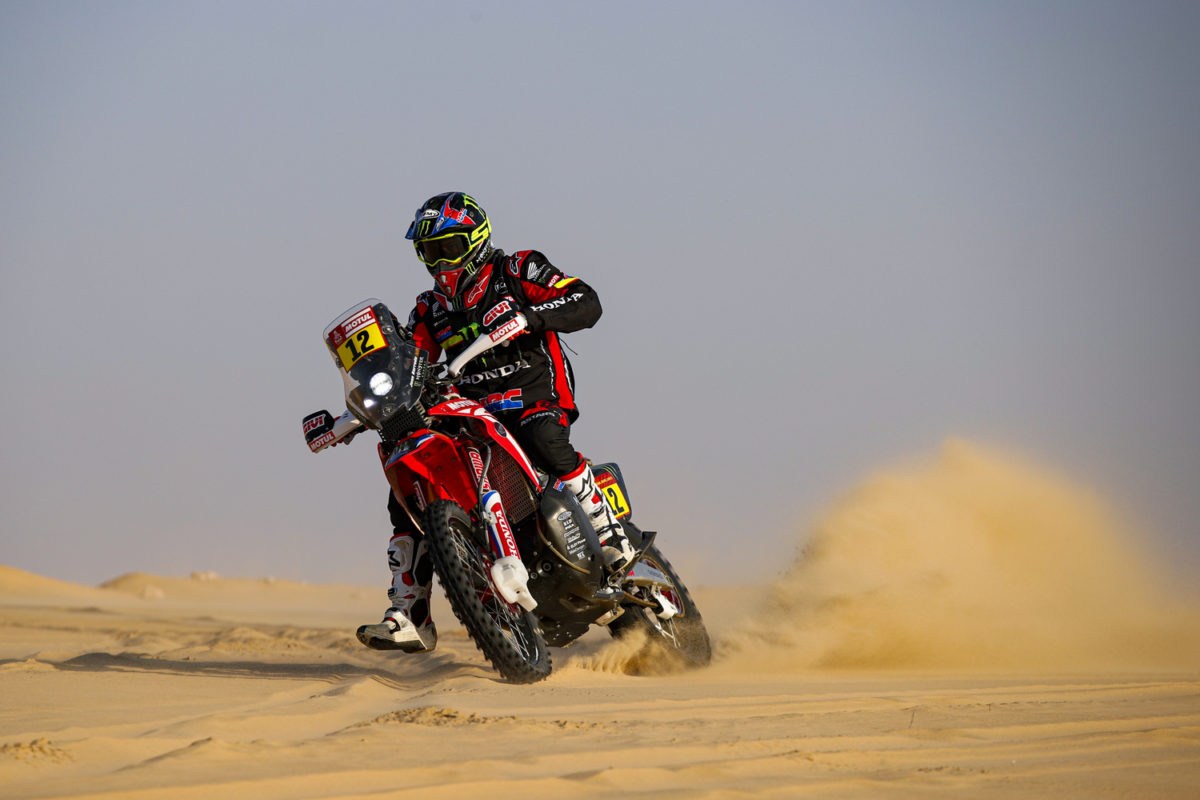 The Spaniard led at every waypoint of what was a shortened stage between Haradh and Shubaytah due to high winds, with only a 223km special stage completed out of a scheduled 534km.

The stage win is Barreda Bort’s first of the event and leaves him 27:09s behind Brabec with two stages remaining.

Brabec trailed by 1:07s when the stage was cut short, while Kevin Benavides made it an all-Monster Energy Honda top three on the day.

The Yamaha Motor Australia-supported Rodney Faggotter made it two Australians in the top six at 4:20s slower than the stage winner and only six seconds out of the top five, and is still 13th overall.

“After restart I got the navigation perfect where lots of people got lost and was given time back for assisting injured rider,” explained Faggotter on social media.

The latter was eighth for the stage, one position and 35 seconds up on Quintanilla, who had to open the road having taken out Stage 9.

“It was a strange day; finally, for me, I was opening the stage today,” said the Chilean.

“Always in these kind of conditions with off-piste and many dunes you lose time. In the end it was good for me.

“Tomorrow I will have a good starting position, so I can catch up a lot of time and we will see what happens.”

The second-last stage of Dakar 2020 is the return to Haradh, with a 379km special stage and 365km of liaison scheduled.