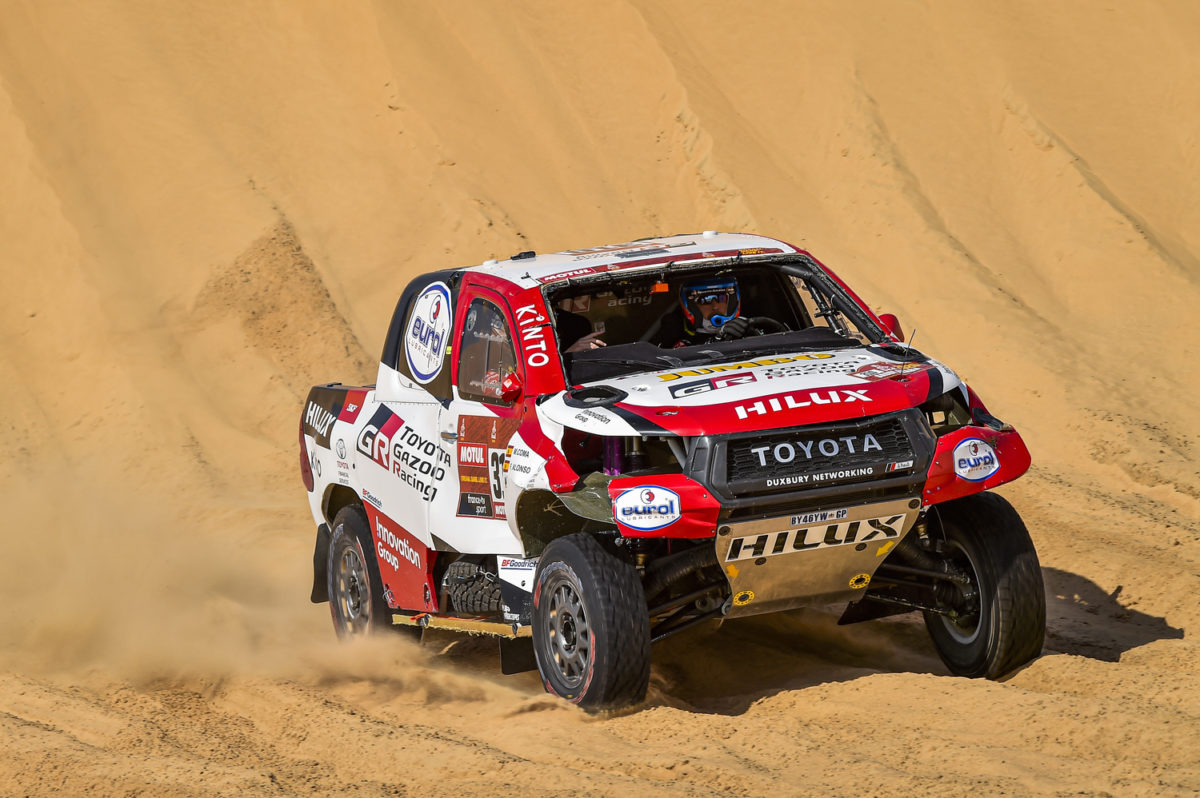 Fernando Alonso rolled during Stage 10 of the Dakar Rally

Fernando Alonso has dropped over an hour after rolling his Toyota Hilux early in Stage 10 of the Dakar Rally.

Two kilometres into the 608 kilometre stage from Haradh to Shubaytah the double Formula 1 world champion twice barrel rolled down a dune.

Approaching the dune at an oblique angle, the car briefly gained air before tumbling down the far side, coming to rest on its wheels.

While Alonso was able to get going almost immediately he was ultimately delayed by more than an hour and ended the stage without a windscreen.

Heading into the day Alonso and Coma had sat 10th in the standings but fell to 14th as a result of the incident.

It’s the second time Alonso has struck trouble in his debut Dakar, having crunched a rock during the opening week.

Not a smooth start of the stage for @alo_oficial!

He dropped over 1h with an early crash and resumed driving without a windshield!