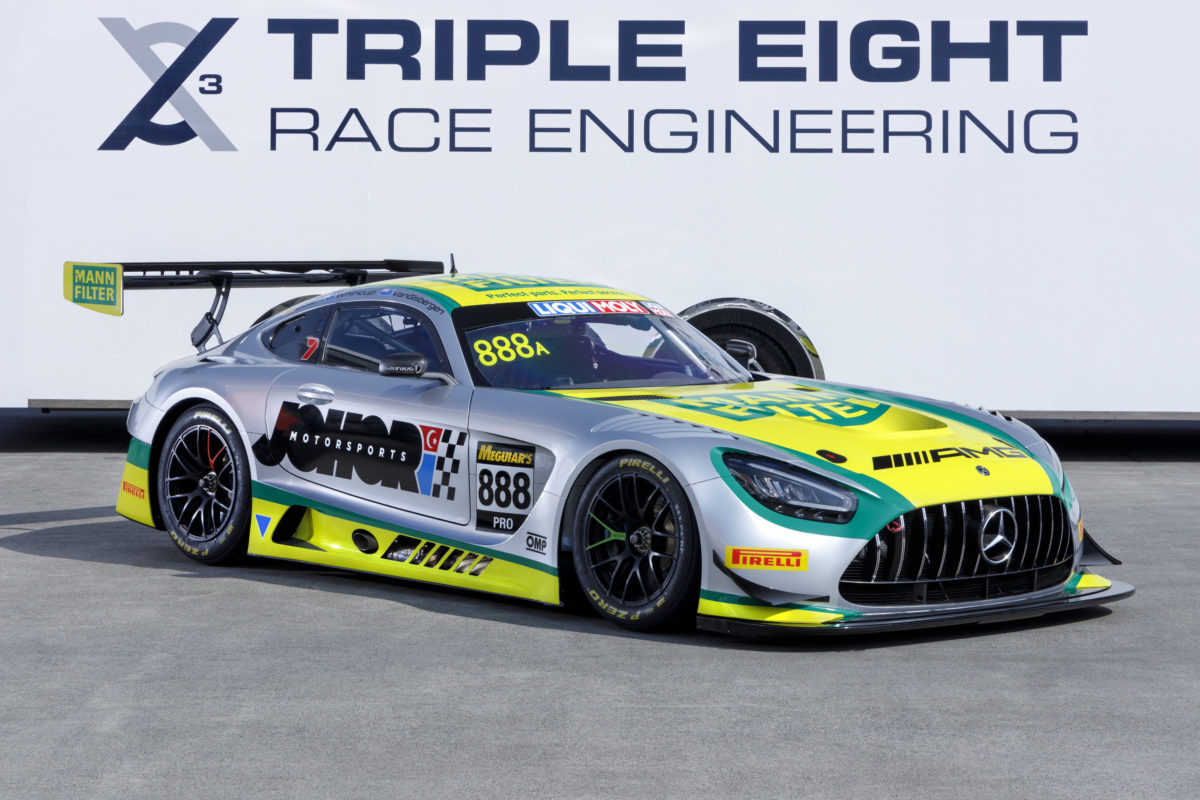 Jamie Whincup, Shane van Gisbergen, and Maximilian Gotz will share the driving duties for the team as it runs its own operation for the first time.

Triple Eight has previously competed with Maranello Motorsport in 2017, winning the event, before switching camps to team up with Scott Taylor Motorsport for last year’s race.

However, there will be no such partnership this year as the squad fields two entries out of its own garage.

It follows from Triple Eight’s expansion into GT racing last year as it competed in the Blancpain GT World Challenge Asia competition.

Whincup, van Gisbergen, and Gotz will share the latest generation Mercedes-AMG GT3, the car having been homologated in time to allow it to run in the event.

Van Gisbergen has already sampled the car around Mount Panorama, having driven it at Challenge Bathurst.

“I was lucky enough to do three of the six rounds of GT World Challenge Asia with Triple Eight last season, which was cool and definitely helps us coming into the Bathurst 12 Hour because we know the car that much better than this time last year,” he said.

“It’s cool to be teaming up with Maxi, his experience in the AMG will definitely be valuable.

“Last year’s race came down to a battle between us and his car, which was really tough but awesome for the fans.

“With Jamie as well, I think we’ve got a really strong line-up. Hopefully we can put on a good show again this year, but come away with a trophy.”

Part of the 2017 winning team, Whincup added: “It’s always exciting to get back to the mountain, no matter what you’re driving, but to kick off the year at one of the best tracks in the world behind the wheel of an AMG GT3 is pretty special.”

A factory driver, Gotz has competed in DTM with Mercedes, and won the 2014 Blancpain Sprint Series aboard a Mercedes-Benz SLS AMG GT3.

The German was last year part of the GruppeM Racing outfit which finished third.