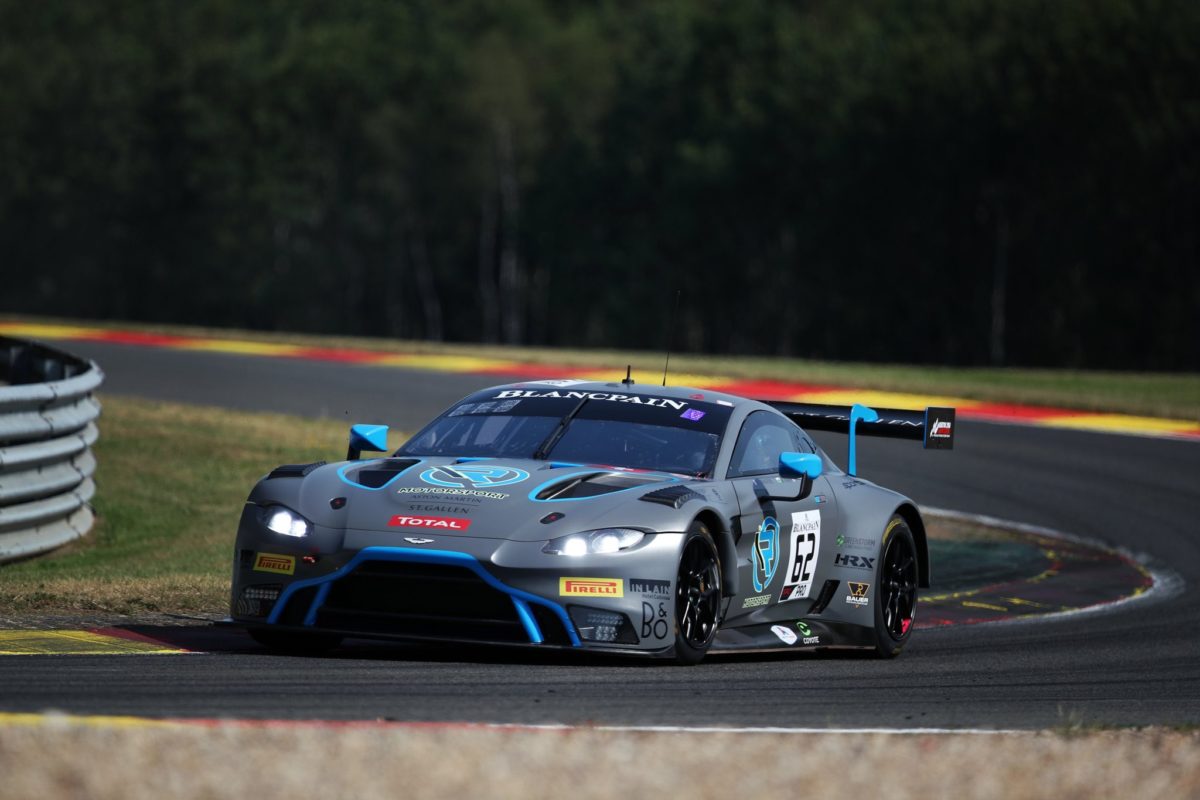 R-Motorsport has confirmed the drivers of its second car pic: Olli Caldwell Twitter

Swiss squad R-Motorsport has confirmed 17-year-old Olli Caldwell will make his debut in one of the squad’s Aston Martins at this year’s Liqui-Moly Bathurst 12 Hour.

Caldwell will join Luca Ghiotto and Marvin Kirchhofer in the team’s second car, complementing the Castrol-backed sister car set to be driven by Rick Kelly, Scott Dixon, and Jake Dennis.

Kirchhofer was part of the R-Motorsport entry which last year finished second to the Earl Bamber Motorsport Porsche, while Ghiotto and Caldwell will make their Bathurst debuts.

The trio will be among the youngest on the grid, with 25-year-old Kirchhofer the eldest of the three.

At 24, Ghiotto last year finished third in the Formula 2 championship, and tested for Williams following the Hungarian Grand Prix.

Meanwhile Caldwell competed in the Formula 3 Regional European Championship in 2019, taking victory at Imola among a swathe of podiums.

Hes’ previously campaigned GT cars, racing a Mercedes-AMG GT4 in the 2018 Golf 12 Hours, winning both legs of the event.

“I find it really exciting to start in the famous Bathurst 12 Hours with a team as professional and successful as R-Motorsport,” Caldwell said.

“The Swiss company has an impressive success story and I am looking forward to the enormous challenge that the Mount Panarama course offers.

“I want to learn as much as possible from everyone on the team so that I can quickly adapt my driving style to the requirements of the Aston Martin Vantage GT3.

“It is my most important goal to support my teammates in the best possible way. I can’t wait to go out on my first lap on the mountain circuit.”

Team principal Dr Florian Kamelger added: “We are proud to launch the strongest GT3 driver lineup we have ever had.

“With Luca Ghiotto and Olli Caldwell, we welcome two young talents to the team who form a driver trio together with the experienced R-Motorsport pro Marvin Kirchhöfer.

“Together with Scott Dixon, Rick Kelly and Jake Dennis in the Aston Martin Vantage in Castrol colours, they complete our promising two-car team.”

The 2020 Bathurst 12 Hour begins on January 31 and runs through until February 2.