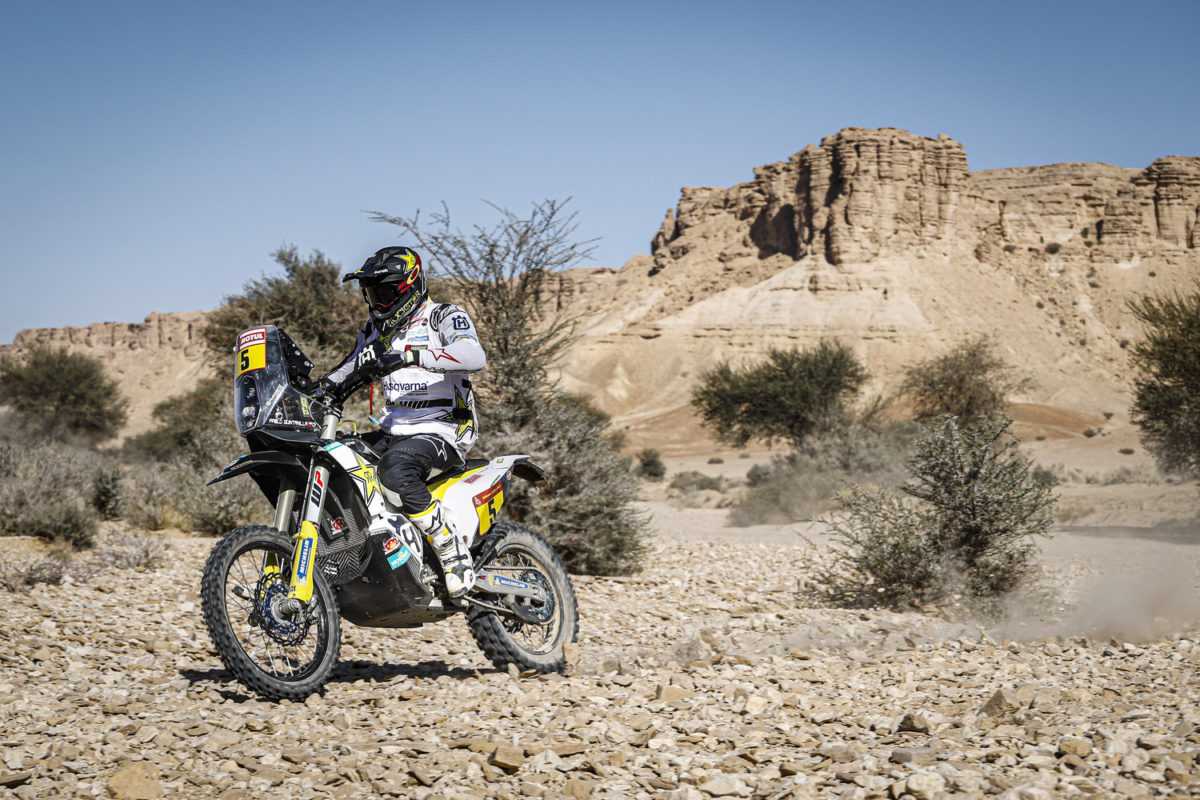 Pablo Quintanilla has prevailed from Toby Price on Stage 9 of the Dakar Rally but they could only make small inroads on the overall lead of Ricky Brabec.

After a day off to mourn the death of Paulo Goncalves, Quintanilla won the 410km special from Wada Al Dawasir to Haradh by a margin of 1:54s over Price, with Brabec 3:55s back in fourth.

Brabec, however, is still 20:53s up on Quintanilla and another 5:50s to the good of Price (Red Bull KTM) at the top of the general classification.

All three led the stage to at least one waypoint and Brabec’s Monster Energy Honda team-mate, Joan Barreda Bort, was also in the mix throughout.

Only 32 seconds covered them at Kilometre 244 and 57 seconds at Kilometre 299 but it was Quintanilla and the Rockstar Energy Husqvarna team that bagged a first stage win of the event.

“It was a tough day today,” said Quintanilla.

“It was really difficult to start the day, to get back into the rhythm after what happened to Paulo.

“After the refuelling I started to feel good and I started to push and in the end it looks like I won, so this stage win is in honour of Paulo.”

Barreda Bort had a relatively innocuous fall inside the first hundred kilometres on his way to third for the day, 2:42s slower than Quintanilla, and now sits fourth overall.

Team-mate Jose Ignacio Cornejo Florimo dropped two spots to fifth overall having made “several mistakes that cost me time” early in the stage.

Stage 10 of 12 is another marathon stage, comprised of a 608km trek from Haradh to Shubaytah of which 534km is competitive.