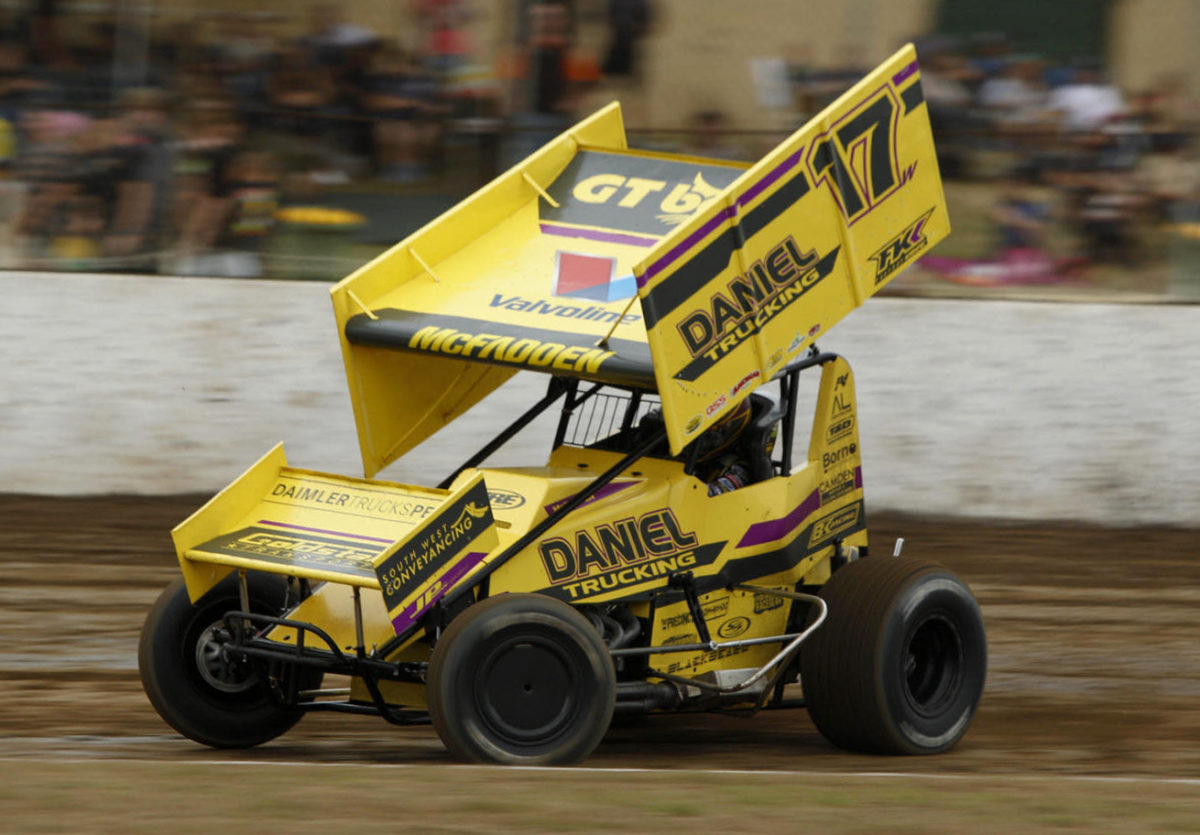 James McFadden claimed victory at Castrol Edge Lismore Speedway after a stirring recovery drive in Round 10 of the QSS World Series Sprintcars.

Fast in qualifying, McFadden then stumbled during the three-lap time trail to slip to eighth for the 35 lap main event.

Ahead, Kerry Madsen claimed pole despite suffering a bizarre crash after receiving the chequered flag in qualifying.

In the Main, Madsen extended an early lead over Rusty Hickman, who’d joined him on the front row while back in the pack McFadden quickly made up ground and moved to fourth within five laps, and had progressed to third by Lap 10.

A caution for Brodie Tulloch saw Hickman drive around the outside of Madsen at the restart, with McFadden also finding a way through on the early leader soon after.

Traffic for Hickman then allowed McFadden to close, taking the lead on Lap 24.

Further back Cory Eliason had latched on the back of Madsen, who in turn was attacking Hickman to create a tense three-way scrap for second place.

Eliason got underneath Hickman with three laps to run, and continued to run the bottom of the track as he looked to displace Madsen for second.

The American got the job done on the final tour, making a move stick as the pair exited the final turn to take second by 0.04s.

McFadden held on to win by just half a second from the pair, with Hickman in fourth.

“That was a lot of fun. I was watching the big screen and Kerry sitting right on my right rear so I had to hit the rubber on the exits and it was enough to shoot up front.” McFadden said.

“I’m proud of my guys. We struggled all night but it’s super cool to get the win here in front of all the crew at Daniel Trucking at their home track.”

Victory for McFadden moves him out to 2623 points in the series standings, opening his advantage over Madsen to 113, with rookie Jock Goodyer third ahead of Brook Tatnell and Lucas Wolfe.

The series now breaks as the majority of drivers head into the January majors and Australian Title before reconvening at Esperance in West Australia on February 15 for Round 11.

Next Story Classic upset on opening night in Warrnambool