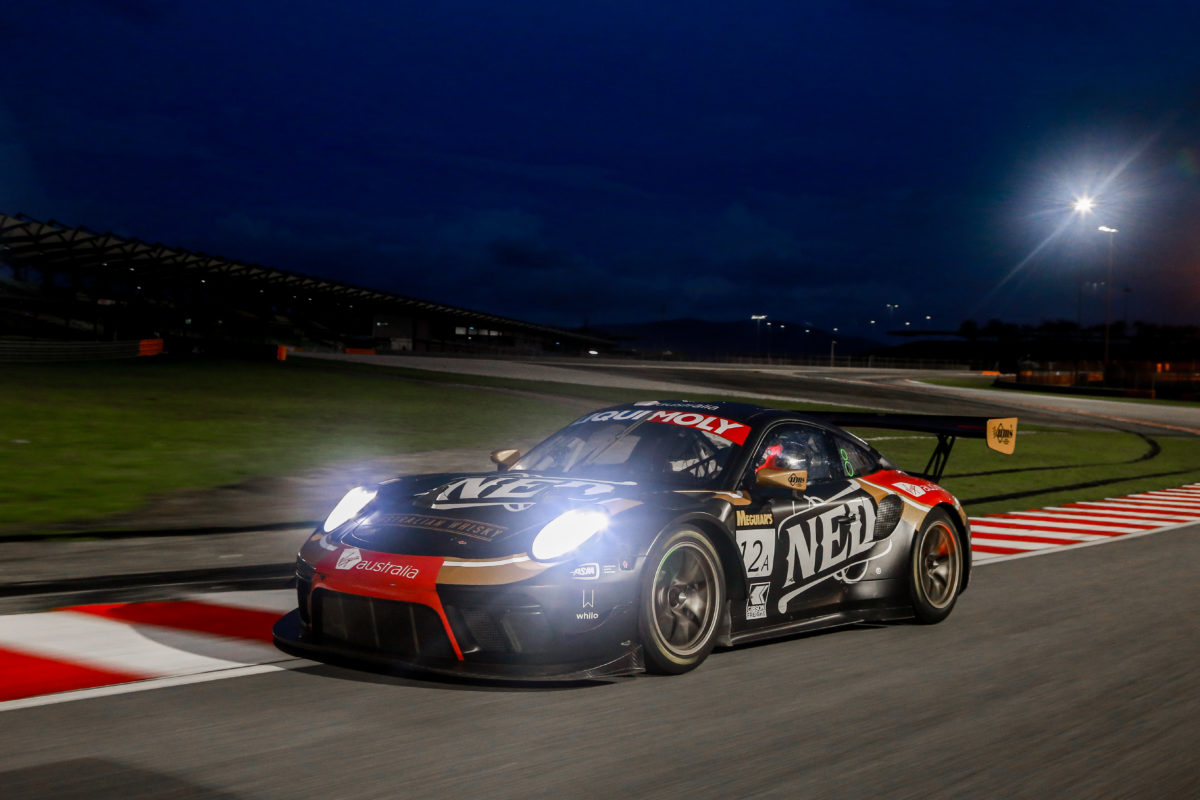 Jaxon Evans will drive for Earl Bamber Motorsport at Bathurst

Jaxon Evans has been confirmed in the second Earl Bamber Motorsport entry for this year’s Liqui-Moly Bathurst 12 Hour.

The Porsche Junior driver will be joined by David Calvert-Jones and Romain Dumas at the wheel of the squad’s second 911 GT3 R, which will compete for ProAm honours.

On Tuesday it was confirmed that Craig Lowndes would join team owner Earl Bamber and Laurens Vanthoor at the wheel of the team’s No.1 entry.

At the 2019 Bathurst 12 Hour he raced alongside Calvert-Jones aboard a McElrea Racing-assisted Cmpetition Motorsprots entry.

This year the duo will join 24 Hours of Le Mans winner Dumas at Earl Bamber Motorsport, the team which won the event 12 months ago.

“Very excited to not only re-join David Calvert-Jones but to team up with the experienced Romain Dumas and the Earl Bamber Motorsport crew for this year’s Bathurst 12 Hour,” said Evans.

“A mixture of new and familiar faces with some of the McElrea Racing crew joining the team will hopefully put us near the pointy end come Sunday.”

Dumas was the 2016 World Endurance Champion aboard the Porsche 919 Hybrid, and has three victories at Le Mans to his name (two outright).

The 42-year-old also holds the fastest lap set around the Nurburgring Nordschleiffe, a 6:05.336, in the Volkswagen ID.R.

Completing the trio is Calvert-Jones, the American is an accomplished amateur sportscar competitor who has been a mainstay of the 12 Hour in recent years.

“Great to be heading to Mount Panorama with Earl Bamber Motorsport alongside some key staff from McElrea Racing,” Calvert-Jones said.

“We think this is a proven and successful combination and the Bamber crew certainly know what it takes to win at The Mountain.

“Great to have Jaxon back with us and a proven racer like Romain just rounds things out perfectly.

“After a great test in Kuala Lumpur recently, we can’t wait to jump in the car for first practice at the 2020 12 Hour and see what we can do.”

The Bathurst 12 Hour runs across the January 31 – February 2 weekend, with practice beginning on Friday followed by qualifying and the Top 10 Shootout on Saturday before the race itself commences at 05:45 Sunday morning.