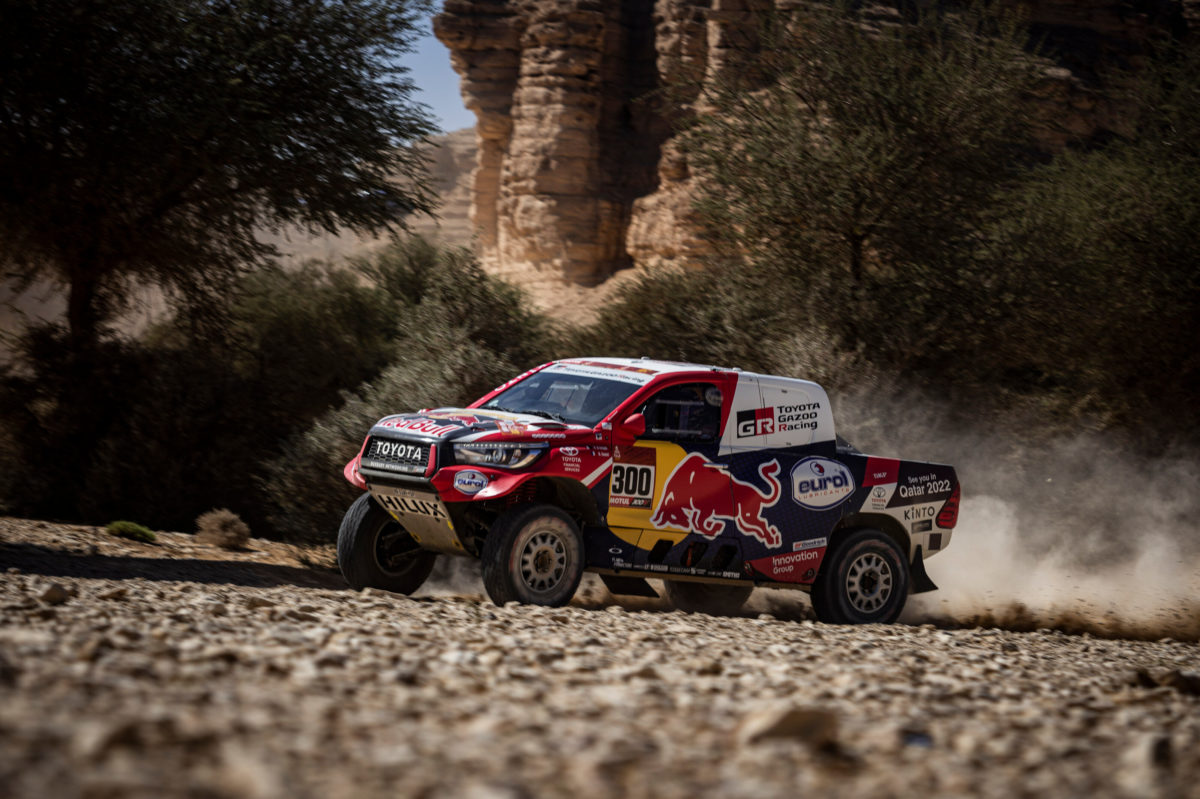 Nasser Al-Attiyah has all but caught Dakar Rally leader Carlos Sainz on Stage 9, which was won by Stephane Peterhansel.

Only 24 seconds separate Sainz and Al-Attiyah with three stages to run after the former got lost and then suffered a tyre problem, while Peterhansel approximately halved his deficit to his X-raid team-mate to 6:38s overall.

Sainz had only been nine seconds behind at the second waypoint in his John Cooper Works buggy but lost another five minutes by the time he reached the third, 156km into the 410km special from Wadi Al Dawasir to Haradh.

“On the first part we lost a little bit of time when we lost the way; we lost five minutes or something like that,” said the Spaniard, who finished the stage with the fifth fastest time at 6:31s slower than Peterhansel.

“After, I don’t know what happened; the tread came off the tyre and we had to stop. It wasn’t like a puncture; it was more the lamination of the tyre.

Al-Attiyah was only 15 seconds off Peterhansel’s pace and continues to split the JCW buggies in the general classification.

“It was good because the buggy is fast. We tried to do our best and today I think we did a really good stage,” said the factory Toyota Hilux driver.

“I’m quite happy to close the gap with Carlos.

“I think tomorrow and after tomorrow will be very, very difficult for everybody. It’s good tomorrow that Stephane is opening on marathon day.

“For all three of us, it is possible that one can win the Dakar.”

Peterhansel trailed only at the first waypoint, 50 kilometres in, while Yasir Seaidan (Race World Mini 4×4) was third for the stage and Jakub Przygonski (Orlen X-raid Mini 4×4) was fourth.

Fernando Alonso (Toyota Gazoo Racing Hilux) has moved into the overall top 10 for the first time in his Dakar debut after setting the ninth fastest time on the day, 13:03s off Peterhansel’s pace.

In Trucks, Kamaz’s Andrey Karginov made it four stage wins in a row and grew his overall lead to 38:35s over team-mate Anton Shibalov.

Ignacio Casale won the stage by three seconds in the Quads class and sits 44:57s up on the field overall, while Casey Currie restored some of the lead he lost a day earlier in the SSVs and is now 23:37s ahead.

Toby Price (KTM) made a small gain on Ricky Brabec’s sizeable overall lead in the Bikes by finishing second on the stage.

Stage 10, a marathon stage, runs from Haradh to Shubaytah with 534 competitive kilometres and another 74km of liaison.