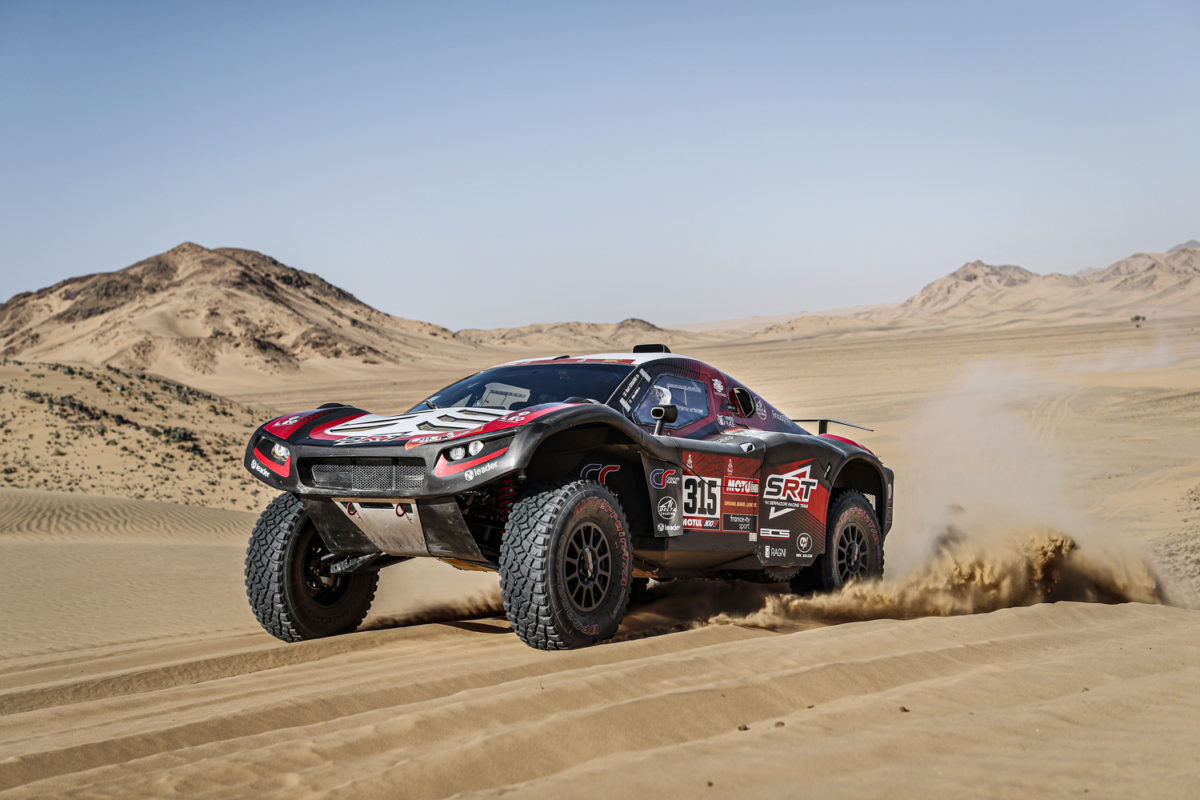 Mathieu Serradori has won Stage 8 of the Dakar Rally by a margin of four minutes over Fernando Alonso as Nasser Al-Attiyah gained ground on the overall leader.

The victory was Serradori’s first, with second place being Alonso’s best result of his debut Dakar campaign, while Carlos Sainz’ advantage at the top of the overall classification is now 6:40s.

Serradori (SRT Racing) was 16th to start the stage having got stuck in sand the day prior and, without the burden of a more prominent road position, was immediately vying for top spot on the 477km special stage loop around Wadi Al Dawasir.

The Frenchman took over first position by the Kilometre 212 waypoint and continued to pull clear thereafter, a win which was also the first for the Century buggy he is driving.

He is also the first amateur driver to win a stage in 32 years, and dedicated the triumph to the late Paulo Goncalves.

“Yesterday’s stage was very complicated – we made a mistake and paid a heavy price. This morning, we pulled our socks up and left everyone behind us.

“I’d like to dedicate this victory to Paulo because I’m a former biker. It’s not easy to get motivated after a day like that and my co-pilot Fabien (Lurquin) was there as well.

“But there are two fighters in the car and I’m very happy with this result.”

Serradori is now seventh overall after clawing back one of the two positions he had lost on Stage 7.

The latter finished way back in 15th position on the day in his X-raid John Cooper Works buggy having had to open the road without the wheel tracks of the Bikes as a guide.

It could have been worse for Sainz, who was 8:13s slower than Al-Attiyah (Toyota Gazoo Racing Hilux) to the Kilometre 158 waypoint, but he limited the losses relative to the 2019 champion to 3:20s all told.

Al-Attiyah was 11th fastest on the stage at 15:55s slower than Serradori, two positions and 2:44s behind Stephane Peterhansel, who remains third overall in X-raid’s other buggy.

“The last part was very difficult with all the dunes and it wasn’t easy,” said Al-Attiyah, who is now 6:29s up on Peterhansel overall.

“I was opening all the way and everybody was coming in close. The last 50 kilometres was a really big fight. We did a good job and I am quite happy.

“It was not easy without the bikes, really difficult, everything is new without any lines, but we did a good job and Matthieu (Baumel) navigated well.”

Casey Currie had his SSV lead slashed by more than half to 15:40s after striking trouble with a broken axle early in the stage.

The cancellation of Bikes and Quads for the day, as a result of the death of Paulo Goncalves, meant that there were no Australians in action.

The field heads to Haradh on Stage 9, with a 410km special out of 886km of total distance.