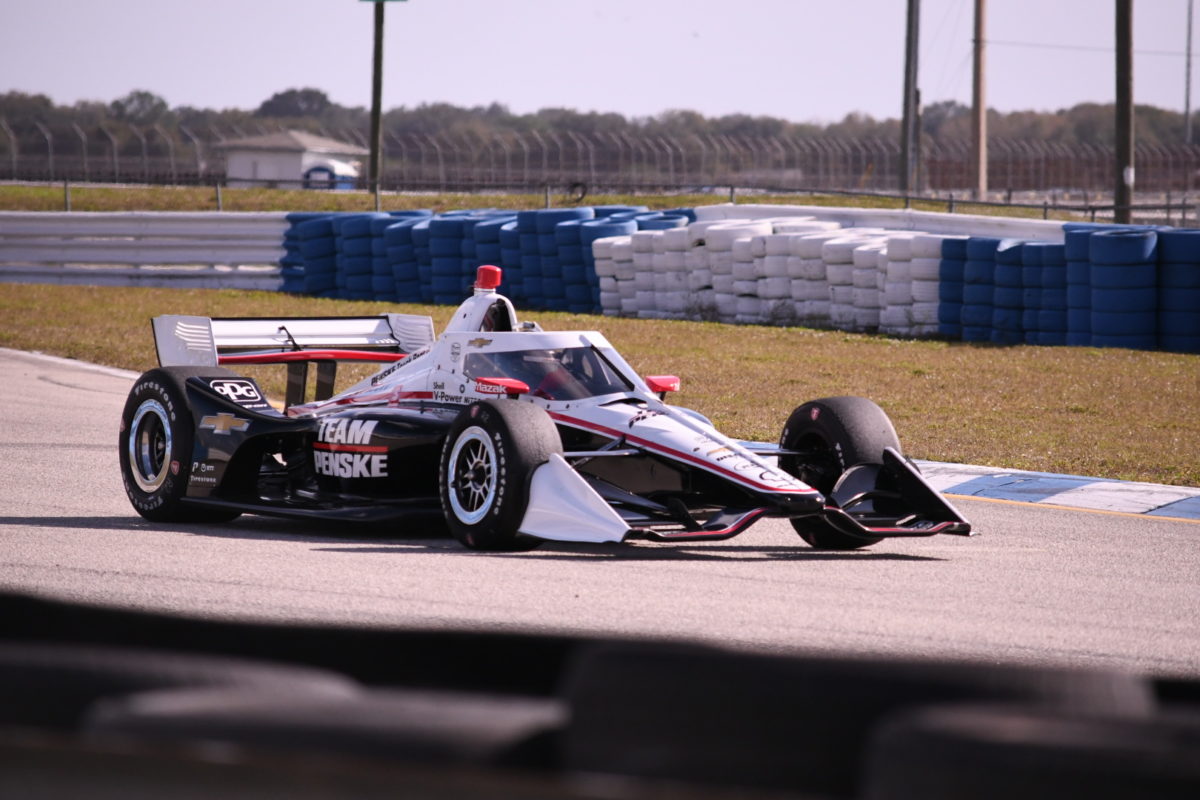 Scott McLaughlin at the wheel of a Team Penske IndyCar

The New Zealander is taking part in a rookie evaluation test at Sebring International Speedway, a drive announced by Team Penske on the day of his wedding late last year.

Taking time out during the test, McLaughlin spoke briefly about the experience.

“IndyCar is just unbelievable,” he said in a video on Team Penske’s Twitter page.

“I haven’t stalled coming out of the pits yet – I’ll probably stall now after lunch!”

The two-time Supercars champion was watched on by Penske’s regular drivers Josef Newgarden, Simon Pagenaud, and Will Power.

The 2020 IndyCar season kicks off at St Petersburg on March 15, while McLaughlin’s Supercars campaign beings on the streets of Adelaide on February 20-23.