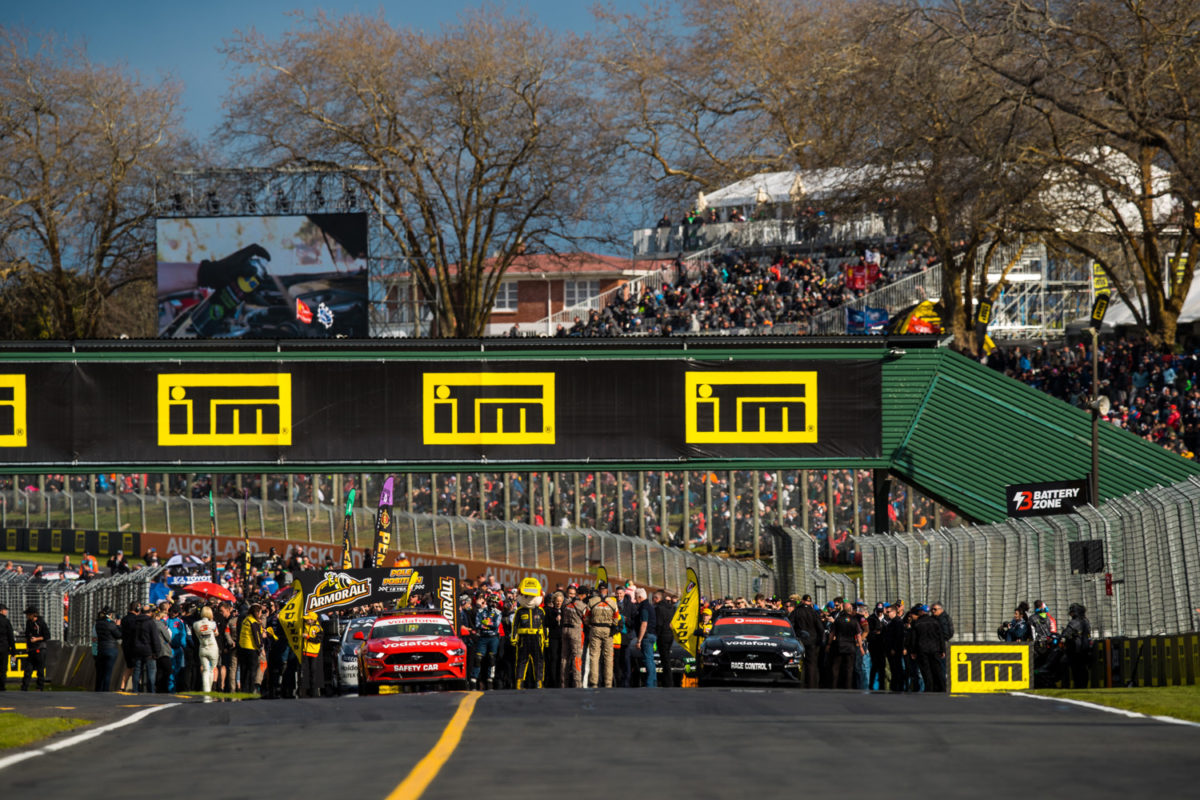 Supercars is set to drop Pukekohe from its 2020 schedule

Hampton Downs and not Pukekohe Park will host this year’s ITM Auckland Super400.

The change of venue comes as a result of legislation that prevents Pukekohe Park from hosting motor racing on Anzac Day.

UPDATE: Supercars has provided official confirmation that the ITM Auckland Super400 will be held at Hampton Downs.

This year’s schedule moved the New Zealand leg of the championship from September to April, with the event set to run from April 24-26.

However, the Auckland Council’s Unitary Plan which governs the use the Pukekohe Park Precinct, and was changed in 2016, specifically prohibits car racing from taking place on April 25.

Clause I434.6(1) of the Auckland Unitary Plan states that “There must not be any use of the track by motor vehicles, except for vehicles undertaking maintenance in all of the following circumstances,” with subsection (b) specifically stating “Good Friday, Easter Sunday, and Anzac Day“.

Though Supercars and the Auckland Tourism, Events and Economic Development (ATEED) agency worked to find a solution to the point, the decision was taken to relocate the event to the nearby Hampton Downs circuit.

“We will be moving to Hampton Downs,” Steve Armitage, General Manager Destination at ATEED confirmed to Speedcafe.com.

“The restrictive nature of the changes that have happened as a result of the Unitary Plan being changed in 2016, we’ve not been able to work our way around.

“In order to provide certainty that the event could proceed, we wanted to find an alternative option and we’re just extremely fortunate that there was a great world class facility like Hampton Downs just outside the southern boundary of the city.”

Armitage’s comments were supported by Supercars CEO Sean Seamer, who confirmed to Speedcafe.com that the event would swap venues for 2020.

“We’d obviously been proceeding and had set the date and the plans for Anzac weekend on the basis that we had precedent from racing there in 2014,” Seamer told Speedcafe.com.

“Unknown to us and the folks at ATEED at the time was that there’d been changes to the Auckland Unitary Plan that required an extended period of consultation, public consultation, in order for us to run on Anzac weekend at Pukekohe.

“We weren’t aware of that until very late, almost just before Christmas, but we’re very fortunate that there’s a world class facility just 15 minutes down the road that isn’t beholden to the Auckland Unitary Plan requirements that we can go racing at.”

Located in Waikato, Hampton Downs falls beyond the southern limits of Auckland, and therefore technically outside the area ATEED manages.

However, a pragmatic approach has seen funding remain in place with the circuit to feature heavy Auckland branding.

“Sometimes you just have to do what you need to do to deliver the event. And again, the proximity of Hampton Downs to Auckland is extremely helpful actually in terms of drive time certainly from central city,” Armitage explained.

“All of the key details that sit in our existing agreement with Supercars will be honoured.

“The event will still be called the Auckland (Super)400 and we will still have very strong Auckland branding right throughout the venue.

“So for all intents and purposes, if you’re watching and a television audience or if you’re a venue, it will still be very strong to reflect it as an Auckland event.”

Seamer reaffirmed that, aside from the change of venue, all other aspects of the weekend are set to remain unchanged.

“Obviously we’re not going to have the benefit of the dedicated grandstands you get at Pukekohe, but our operations team are looking at what grandstanding we’re going to put in, how we’re going to build corporate,” he added.

“Keep in mind a lot of what we do at Pukekohe is built in, so a lot of the corporate around the pit building, grandstands, there is a considerable amount to build for Pukekohe.

“Yes, obviously we have the luxury of a dedicated grandstand and we may not have as much grandstand capacity (at Hampton Downs), but there’s still plenty of GA viewing and some great GA viewing.”

The event is set to utilise the 3.8 kilometre International circuit, the longest of the variations available and the same one Australian GT used when it visited in 2016 and 2017.

An official announcement regarding the change in venues is expected later today.