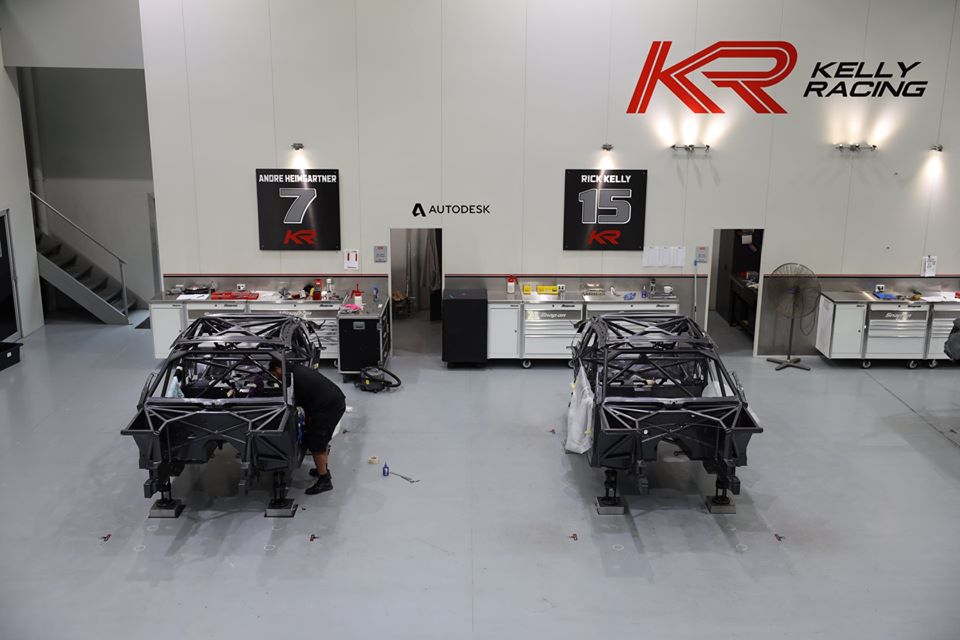 However, according to team co-owner Todd Kelly, the work involved in converting the Altima chassis to a Mustang has essentially meant it’s a brand-new car.

“The Altima that we’ve used is Garry Jacobson’s car from last year, which was our newest car.

“There’s some slight differences in the mounting of things on the floor, the wiper and things.

“So actually the guys have cut a lot of the sheet metal out of the floor and put brand-new stuff into the firewall.

“So that car is looking absolutely brand new at the moment.”

Beyond the bare chassis and its ongoing engine programme, the team is also hard at work manufacturing consumable components to build a stock heading into the new season.

Teams carry a float of spares, especially body panels, which Kelly Racing is in the process of building up as it swaps from Nissan to Mustang.

However, there is a limit to what it can do in-house, having contracted parts of that supply out while some components rely on the outcome of the second VCAT this week.

“We’re outsourcing most of that stuff initially, we’ve only really tooled up for the high consumable composite parts,” Kelly said.

“We’ve had all of those orders placed since October pending what the changes are, so when those parts get made from the supplier and delivered, it will be the same as every other team.

“We’ve got some current front bars and bits and pieces to be able to assemble the cars and get everything jigged up.

“But, in saying that, they wouldn’t want to drag this extra VCAT out for too long because at one point or another it will become an issue to physically get the parts in time.”

Elsewhere, the team is still looking at fielding its remaining three Altimas in Super2 this season, though at this point has nothing locked in.

Ideally Kelly is keen on a full year programme, though wouldn’t rule out the prospect of selling the cars off should there be demand for them.

“The prize money thing and doing the whole series is obviously the big drawcard,” Kelly reasoned of a potential Super2 programme.

“But you know, we need to consider whether we do that on a round-by-round basis.

“We’re gearing up to do it at the highest level we can and that would really dilute what we want to achieve out of it, just to do a few rounds or a round-by-round situation.

“If it came to that, we’d have to consider whether we attempt to do it or (whether) we just trying to sell the cars to anyone that wants to go and attack it themselves – (there’s) certainly nothing wrong with the cars.”

The first official outing for Kelly Racing’s Mustangs will be the pre-season test at The Bend Motorsport Park on February 18.