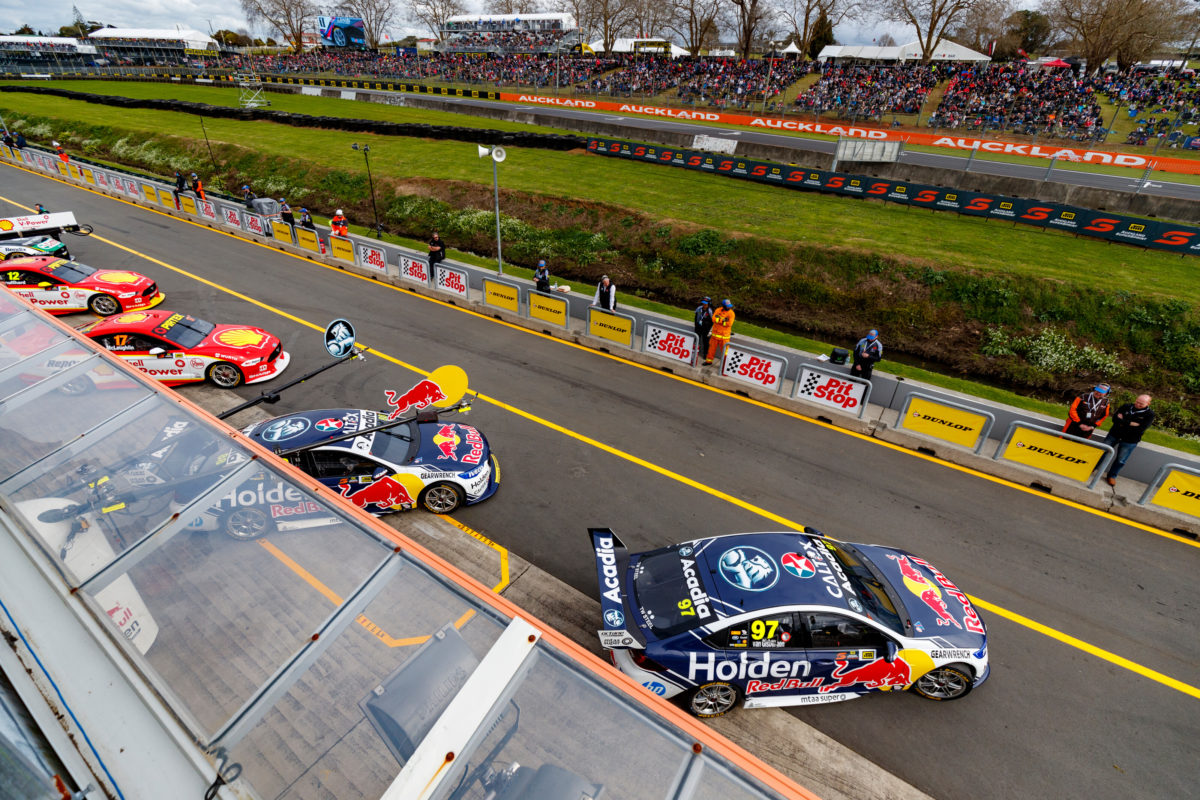 Supercars will not visit Pukekohe in 2020

With news breaking today that this year’s ITM Auckland Super400 is set to be held at Hampton Downs instead of Pukekohe Park, we want to know what you think of the change.

The event is set to move after it was discovered that legislation prohibits the running of competition vehicles at Pukekohe on April 25, Anzac Day.

It’s one of a handful of dates specifically mentioned in Pukekohe’s Unitary Plan, a fact Supercars boss Sean Seamer confirmed to Speedcafe.com only came to light shortly before Christmas.

While an exemption to the law for the event is theoretically possible, the 130-day application process would have seen that decision come dangerously close to the April 24-26 weekend.

As such, a unique deal has been struck with the event heading 30 kilometres down the road to Hampton Downs.

In 2016 and 2017 it also hosted Australian GT, using the International circuit with live television being beamed out of the venue.

And while that’s small fry by comparison to what Supercars will produce, it gave those at the facility valuable experience.

It also provided an interesting look at the full International circuit, which is used far less than the shorter National variant.

And it proved popular among drivers, who both berated and praised its bumps – an old school style circuit with bags of character.

The softer sprung Supercars will ride them somewhat differently, but the fundamental challenges will remain.

Hard braking zones present opportunities under brakes, while the long sweeping right-hander at the end of the lap proved wide enough to open up possibilities both into and out of the corner.

Then there’s the infamous ‘Double Bastard’ in the middle of the lap, an undulating section of track that drops away just as the driver wants the front end to bite, ensuring the corner lives up to its name.

Further around the course, the Dipper is somewhat reminiscent of the hairpin at Symmons Plains with the banked corner falling sharply on apex.

On paper, and from what we’ve seen with other events, the circuit should prove a test for the drivers and teams, with opportunities for overtaking.

But it comes at the cost of Pukekohe, a completely different style of circuit and one which presented its own challenges.

Can Hampton Downs live up to the challenge and produce a weekend of entertaining racing? Let us know your thoughts in this week’s Pirtek Poll.