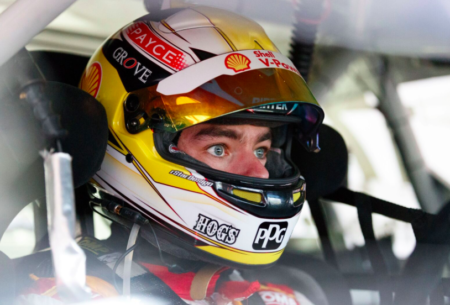 Scott McLaughlin has sold the helmet he wore during the latter half of the 2017 Supercars season for $46,200 with the money to go towards bushfire relief.

The New Zealander, who will today sample a Team Penske IndyCar at Sebring, will match the sum, taking his contribution to $92,400.

McLaughlin put the helmet up for auction last weekend, stating that he would donate proceeds to the Australian Red Cross and WIRES.

Added to the auction was a race worn race suit from the same campaign, contributed by DJR Team Penske boss Ryan Story.

That figure continued to climb with the winning bid coming in early on Saturday morning.

McLaughlin is one of a number of leading figures within the motorsport community who have chipped in to the fund raising effort.

Formula 1 world champion Lewis Hamilton contributed $500,000 while Daniel Ricciardo, Toby Price, Molly Taylor and others have also offered items up with proceeds to go to charity.