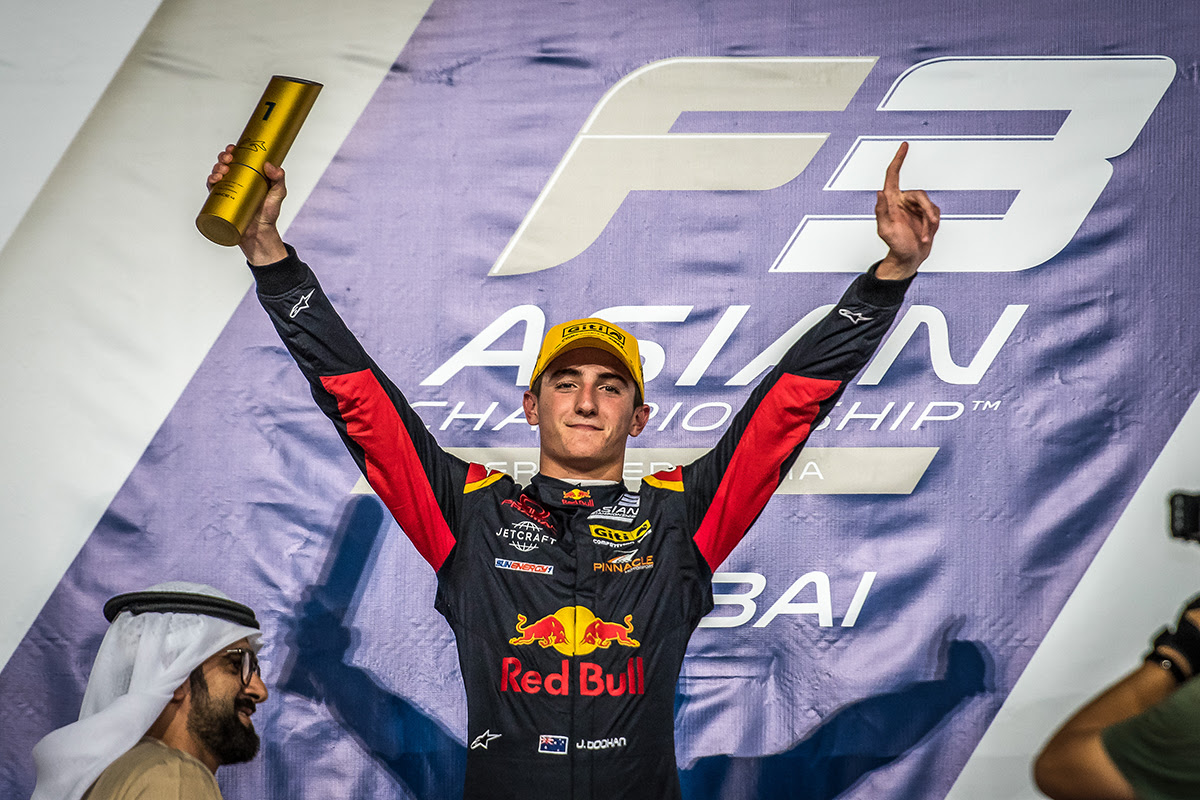 A solid weekend in Dubai for Jack Doohan has resulted in the youngster netting victory and a podium across the second round of the Formula 3 Asian Championship.

Doohan emerged victorious in the opener after going toe to toe with Ukyo Sasahara.

Having led from the start, Sasahara found himself being reeled in by Doohan in the closing stages.

Contact between the two on the final lap saw the Australian scamper through to take victory while Sasahara failed to finish.

Both were penalised for the incident, Doohan with a five second penalty and Sasahara with a three place grid drop for the next race.

Despite the penalty, Doohan held on to the win, his official margin of victory 1.912s.

The young Australian was again on the podium in the weekend’s second race, putting in a stirring drive in the back half of the encounter as the circuit dried.

Dropping to ninth in the early stages, Doohan climbed to fifth as the leaders began the final lap.

He then claimed two more places on the final tour to seize third behind Joey Alders and Sebastian Fernandez.

The final race of the weekend again saw Doohan in contention for victory, this time battling with Jake Hughes in the opening laps before a spin dropped him down the order.

From there he could recover only to 11th by the chequered flag, 37 seconds away from Yu Kanamaru who extended a 23.6-second advantage out front to dominate proceedings.

After two rounds, Doohan sits second in the championship with 89 points, trailing Alders who heads the competition with 126 points.

Abu Dhabi’s Yas Marina circuit hosts the third round of the season on January 17-18.