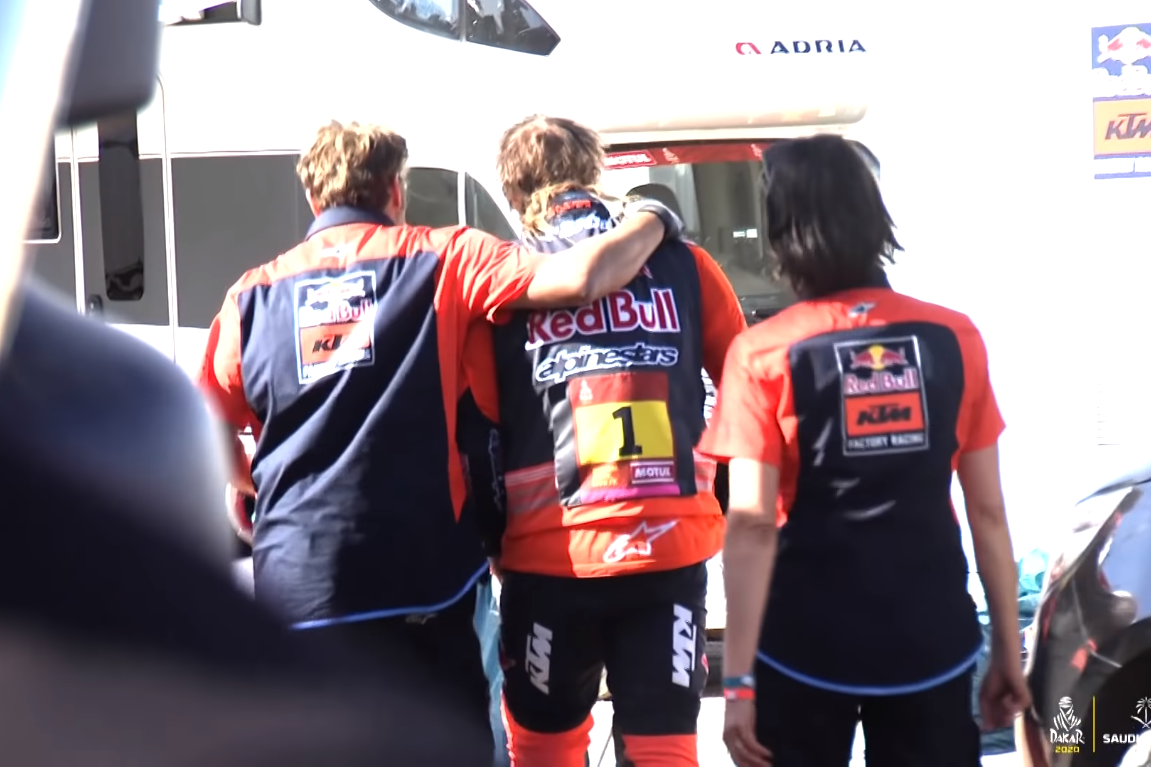 Toby Price has taken to social media to recount the moment he discovered an injured Paulo Goncalves and the ultimately unsuccessful attempts to save his life.

Price was the first rider to come across the stricken Portuguese competitor, who was subsequently pronounced dead in hospital after going into cardiac arrest when he fell on Stage 7 of the Dakar Rally.

The Australian was therefore also the first to alert officials after they had begun to investigate, due to the signal automatically sent from Goncalves bike.

He commenced first aid procedures before fellow rider Stefan Svitko and 2006 Dakar Cars champion Luc Alphand, who is working on French television at the event, arrived and also tended to Goncalves.

Price was also among the last to leave the scene and helped carry Goncalves to the helicopter.

“Yesterday’s stage was starting well, great pace and feeling good on the bike until the refuel,” wrote Price.

“Paulo took off into the stage about five minutes before me and the worst case had happened. I came over a small crest and saw a rider down and was Paulo.

“Worst fears kicked in because I knew this one was serious. I called for help ASAP and helped get him on his side, plus more serious checks.

“Tried calling for more help and by this stage Stefan Svitko – also a champion – had arrived and helping where he could.

“Helping holding drip bags, getting bags of medical equipment and guiding other riders around a bad scene. We all worked as long as we could but there was nothing we could do.

“I helped assist carrying him to the helicopter as it was the right thing to do.

“I was first at his side and wanted to be the last to leave.”

Price resumed his own ride and made the finish of the stage in Wadi Al Dawasir, during which time he was “dehydrated from tears”.

The 2016 and 2019 Dakar champion was credited with more than an hour of time back after the end of the stage, which limited his losses relative to overall leader Ricky Brabec, but that was scant consolation.

“At the moment I’m not even worried about the result, I couldn’t care,” added Price.

“We are human and this is nothing but just a race, I would give up all my wins to have any of my fellow racing mates back with us.”

Stage 8 has been cancelled for Bike and Quad riders in light of the tragedy.