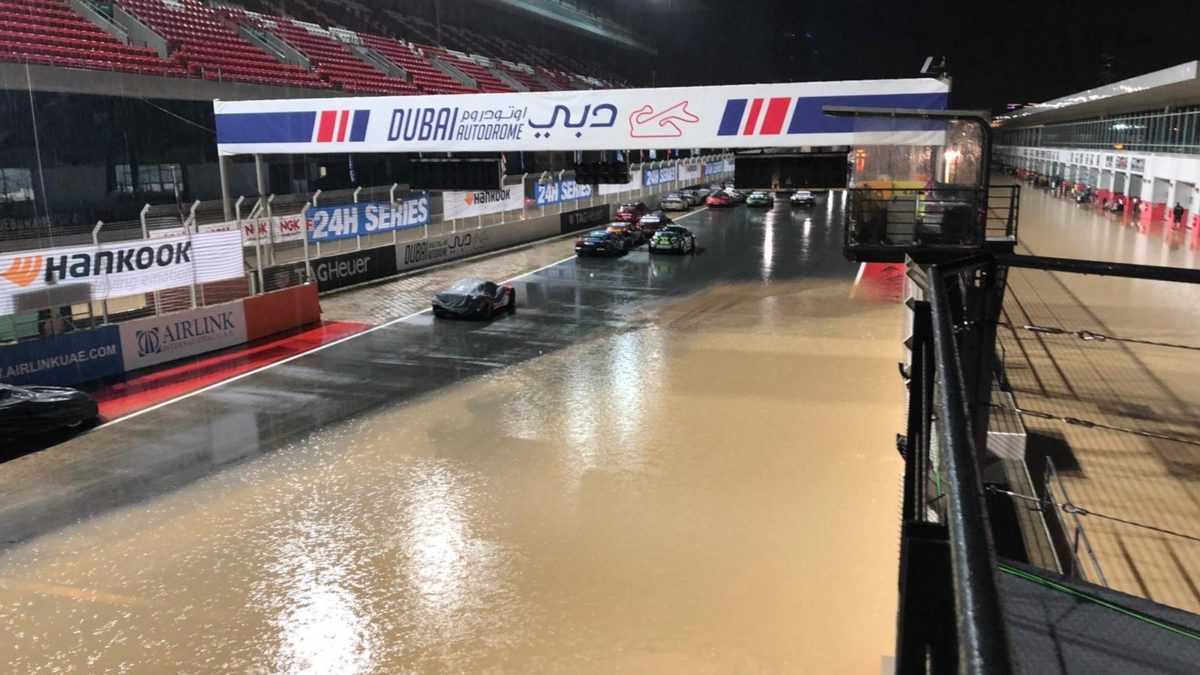 Flooding has caused the cancellation of the 24H Dubai

Heavy rain during the 24H Dubai has forced organisers to initially red flag and ultimately declare the race early.

A statement from organisers confirmed that the race would not resume as persistent rain flooded the circuit.

“At  22:17, extremely heavy rainfall in Dubai let to a red flag being shown to the competitors of the Hankook 24H Dubai 2020. The weather conditions have heavily impacted the entire city and the infrastructures of Dubai Autodrome,” a statement from the organisers read.

“Despite the best effort of Dubai Autodrome staff and officials to resolve the situation on track, the water level on track and in the pit lane continued to rise throughout the night.

“In mutual agreement, Creventic and Dubai Autodrome have decided not to resume the race on grounds of safety.”

Second went to Car Collection Motorsport in an Audi R8 LMS Evo GT3 and third to MS7 by WRT in a similar Audi.

The Dubai 24 Hours formed the opening round of the 24H Series Continents, which hosts its next event at Portimao in Portugal in June.