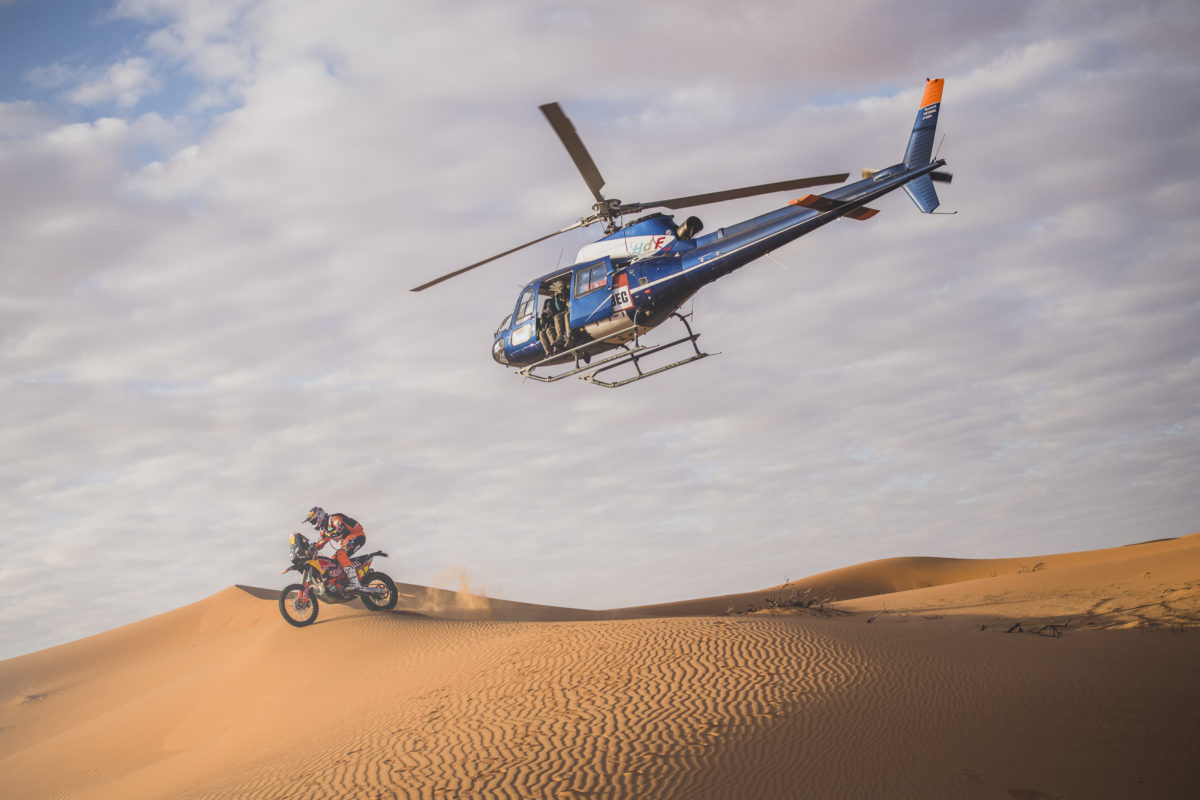 Dakar Bikes leader Ricky Brabec believes that Toby Price’s costly tyre drama will “set him on fire” in the second week of the event.

Price gave up over 16 minutes to the American on the last stage before the rest day after losing his rear tyre, which compounded the disadvantage of starting first on the road for the sandy journey from Ha’il to Riyadh.

The Red Bull KTM team leader now trails Brabec by 25:39s in the overall classification, in third position, although the Monster Energy Honda rider is still wary of the two-time Dakar champion.

“It was very unfortunate for Toby because he had a wheel mishap at maybe kilometre 330,” said Brabec.

“I rode to the end and now we have a rest day and I have a 20-minute lead in the general and that’s really awesome. It’s really nice knowing that. I can’t really believe it. It’s incredible.

“So now we are going to get some rest and recoup and refresh and get ourselves together ready for the next six days in Saudi Arabia.

“The problem with Toby is going to set him on fire next week, so we have to be careful next week. Hopefully we can stay ahead of him.

“I won the stage today so I have to lead out. Hopefully I can lead out well. So we will rest and put our things together and hope for a good day.”

Price described himself as ‘gutted’ by the drama but expressed his gratitude to Andrew Short, from the Rockstar Energy Husqvarna squad, for swapping wheels with him. 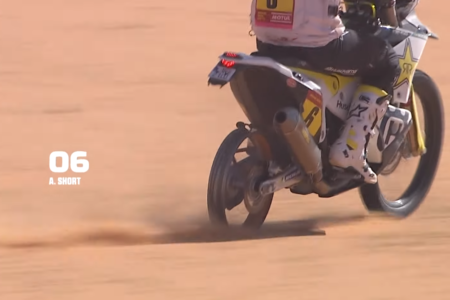 “Today’s stage started out really good, we were navigating really well from the front and was only losing small amounts of time on the riders who started behind me so I was quite happy with the way I was racing,” wrote Price on social media.

“Unfortunately around the 400km mark my rear tyre fell off! I have no idea why this would have happened but I’m super grateful that @andrewshort29 pulled up and gave me his wheel which allowed me to get to the finish as quick as possible so thank you again for this mate!

“Overall I’m pretty gutted that this is how we finished up today but I guess that’s just how it goes sometimes!”

Brabec also led last year’s Dakar but went out with an engine failure on Stage 8 of 10, when Price moved into top spot for the first time in 2019 and held it until the end.

Speaking after the conclusion of the stage, Brabec was maintaining that “a lot can happen” in the six stages which remain this time around, but has 20:56s over the field with Pablo Quintanilla next best on another Rockstar Energy Husqvarna.

Stage 7 features the longest special of the event at 546km, with a variety of terrain, as the field moves from the Saudi capital of Riyadh to Wadi Al Dawasir.