Home » GT » Barnicoat pips Cassidy for pole at The Bend

Barnicoat pips Cassidy for pole at The Bend 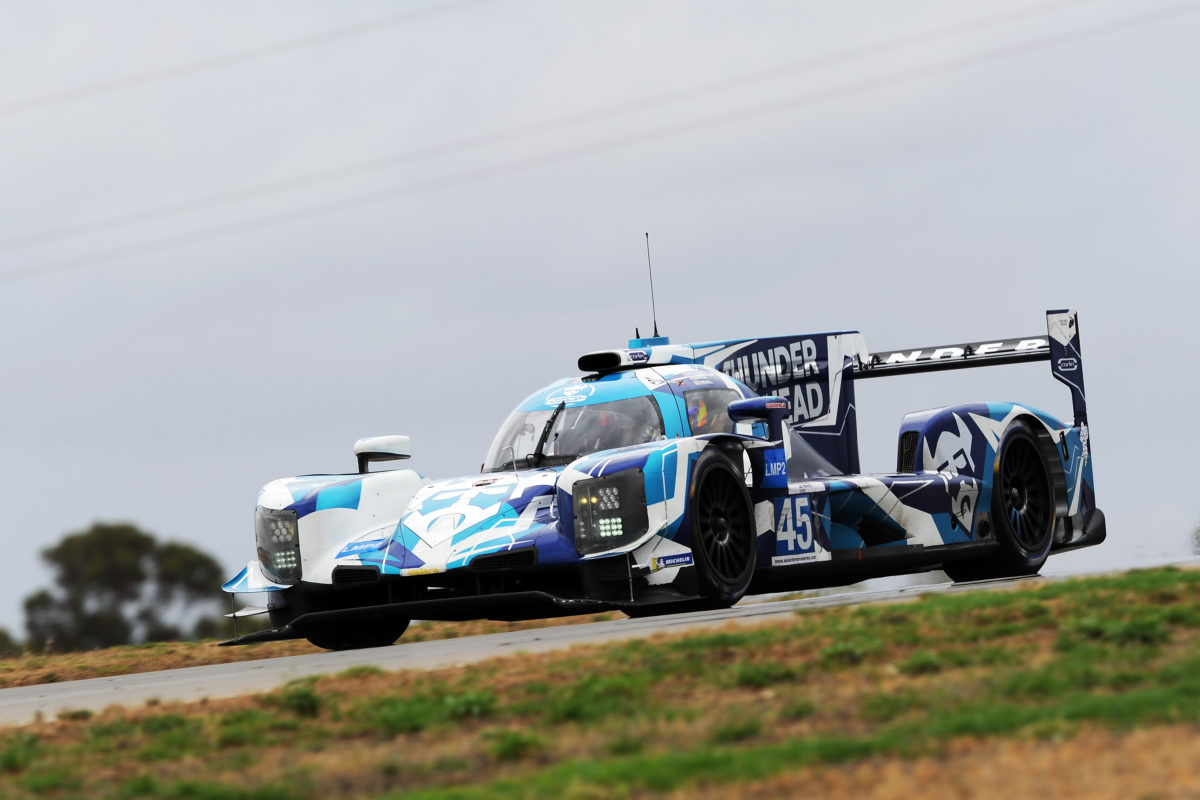 Ben Barnicoat steered Thunderhead Carlin Racing to pole position at The Bend during qualifying for Round 2 of the Asian Le Mans Series.

Barnicoat recorded the fastest time aboard the squad’s Dallara P217 in an interrupted LMP2 qualifying session, doing enough to hold onto the place despite a late charge from Eurasia Motorsport’s Nick Cassidy.

“It was a bit of an eventful session – on my first run, I made a mistake in Turn 25,” Barnicoat explained.

“During that session the track temp was much higher than practice, I think that’s what caught me out really, a little bit less grip. But you know it’s qualifying we’re all going out there to be fastest.

“In some ways the red flag saved me a little bit because I didn’t cause it, someone else caused it, but that stopped some of the other drivers from improving.

“Then we went again on the second set of tyres. Car was good, a bit tricky with higher track temp but managed to get the lap done.

“I actually felt the first lap before the red flag was a little bit better but at the end of the day we got pole so very, very happy with that.”

A red flag a third of the way into the LMP2 session interrupted proceedings without a time set.

The session soon restarted, though the delay meant there was scarcely time for two representative laps before the chequered flag fell.

Having remained in the garage in the opening minutes, Cassidy was unaffected by the red flag and only took to the circuit with less than six minutes on the clock.

G-Drive Racing by Algarve will start third, just over a second from pole but just 0.061s up on the No.34 Inter Europol Endurance entry.

Cassidy could not better it on his first timed lap, his initial effort a 2:36.868s to initially sit second.

Almost immediately he fell to third as Thunderhead Carlin Racing’s Barnicoat banged in a 2:35.698s to go fastest.

G-Drive Racing by Algarve improved late in the session, Roman Rusinov jumping to third as the chequered flag fell, with Cassidy quickly moving the No.1 Ligier back to second best, just under two tenths from Barnicoat.

Early pace-setters RLR MSPORT remaind the fastest of the LMP2 AM runners.

Having topped both practice sessions in class, the Oreca 05 set a 2:43.235s lap to hold a seven tenths advantage over the Arc Bratislava entry driven by Australian Garnet Patterson.

The No.2 Nielsen Racing entry snared pole in LMP3 class after Colin Noble banked a 2:50.802s while pole position in GT class went to Davide Rigon in the No.27 HubAuto Corsa courtesy of a 2:56.109s.

Sunday’s four hour race is set to get underway at 13:00 ACDT.

Next Story Continuity key for Brown ahead of 2021 Supercars step