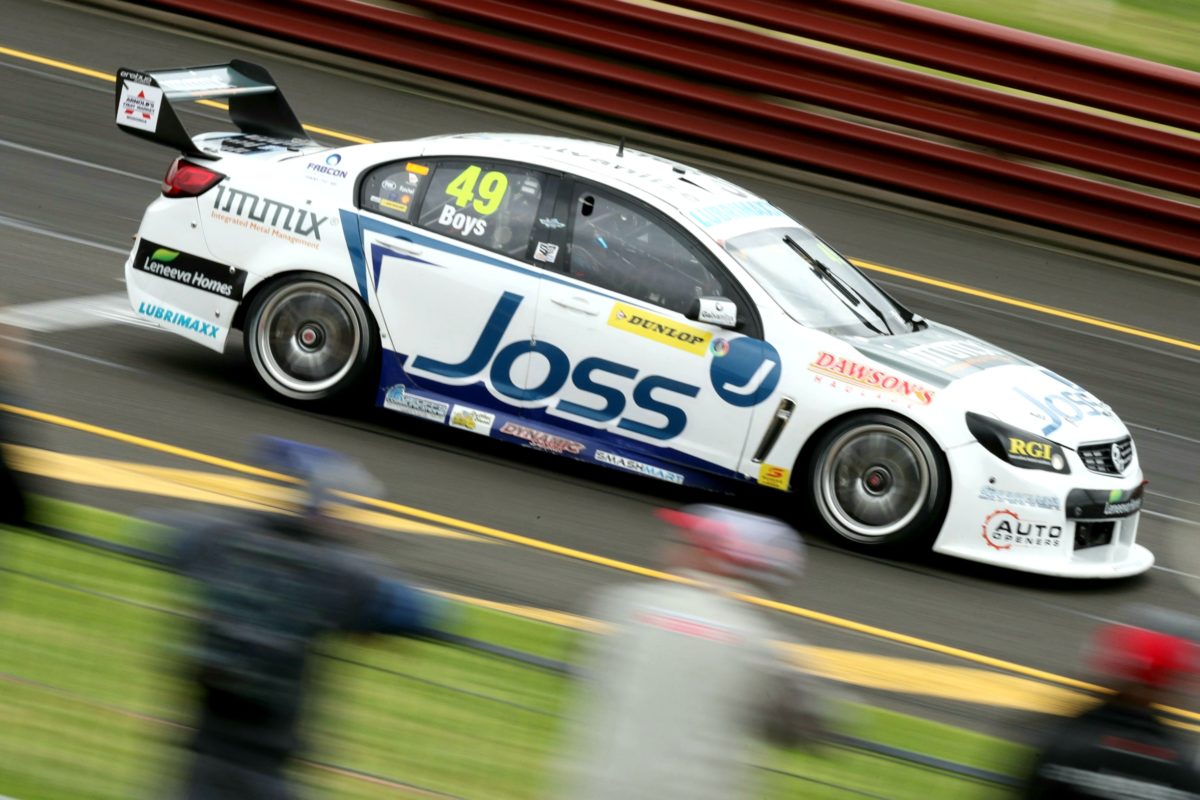 The breakout star of the back end of last year’s Dunlop Super2 series, Jordan Boys, has committed to contesting the full 2020 season with Image Racing.

Boys took his first Super2 race win with the Erebus Motorsport-aligned team at Sandown before doubling his tally a fortnight later in the season finale in Newcastle.

The 22-year-old has largely been a round-to-round proposition since an unexpected rise to Image’s Super2 squad midway through the 2017 season when Renee Gracie left the sport.

Boys revealed after the Newcastle win that he considered walking away himself before a combination of upgrades from Erebus and growing familiarity with one of its old cars led to an upswing at Bathurst, the round prior to Sandown.

He is now set to contest the entirety of what will be a six-round 2020 Super2 Series.

“(I’m) Locked in for the full year, with the backing from Joss Group and Dynamic Supplies,” Boys told Speedcafe.com.

“We’ve always got more (backing) to find but I think this year we’re in a much better spot than we were last year.

“We’re to a point now where we can sort of feel a lot more comfortable coming into the season and prepare better, so that’s exciting.”

Despite the finish to 2019, Boys is not explicitly targeting a series victory in 2020.

“I think a realistic goal is to try and win some more races,” the Albury driver added.

“Obviously the title would be awesome but it’s one of those things; I think if we just try and put our best foot forward and try and win as many races as we can, the title’ll sort of decide itself.

“I think we’re in a position where we can target top fives most weekends and go for race wins.”

As well as strengthening its ties with Image through last year, Erebus now also has one of its Pirtek Enduro Cup co-drivers, Will Brown, at Image ahead of his step up to the Virgin Australia Supercars Championship in 2021.

“Erebus upping their support over the past six or 12 months has obviously been a great benefit, as we’ve seen at the end of 2019, and having Will there as well will be really good,” said Boys.

“Obviously he’s pretty highly touted so for me to be sort of put up against someone like that can only help with learning and setting up the car and all that sort of stuff, so really excited.”

Triple Eight Race Engineering has also recently finalised its Super2 program with the announcement that 2019 Australian Formula Ford series winner Angelo Mouzouris will steer the single entry which it will run in the second tier.