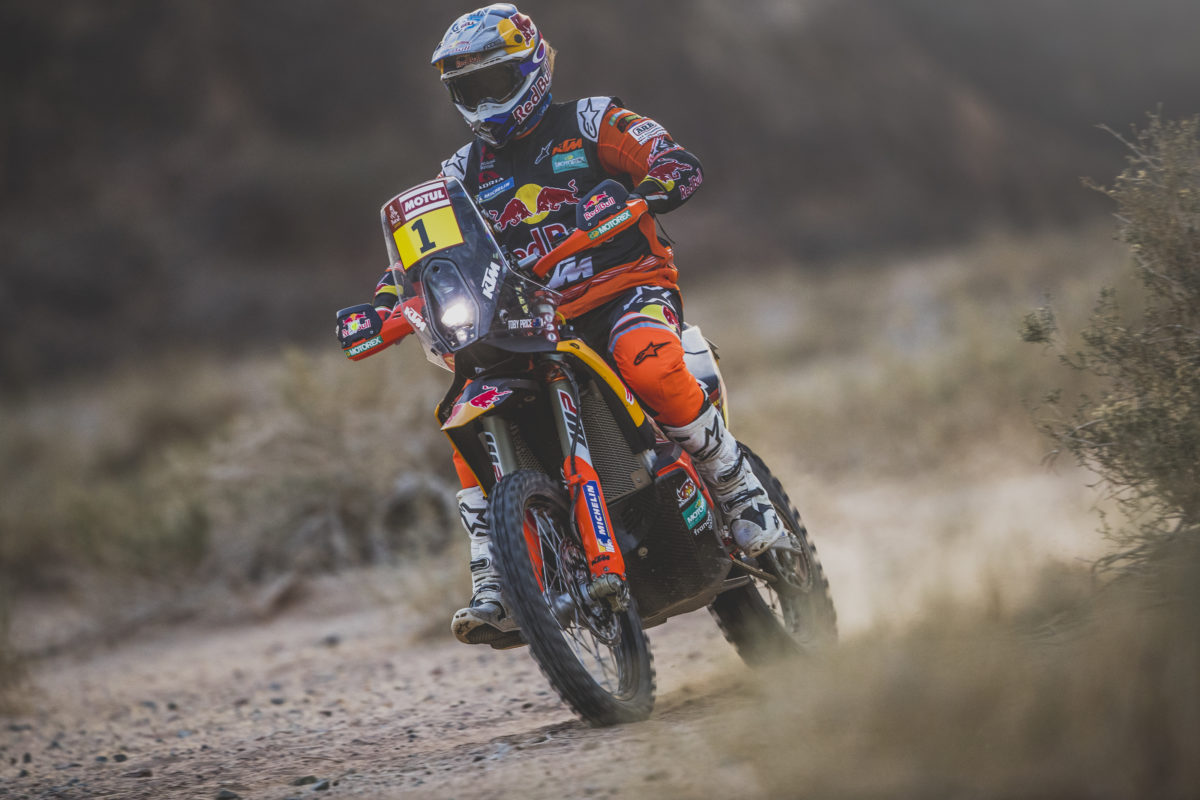 Toby Price believes he is “in good shape” having maintained a 12-minute split to the lead of the Dakar Rally on Stage 4.

The two-time Dakar champion started the morning in Neom 11:58s behind Ricky Brabec and, after another 453 timed kilometres, finished the day in Al-‘Ula 12:09s away from the American overall.

Price did nevertheless gain two spots in the general classification to sit fourth after one-third of this year’s dozen stages.

That move was down to Red Bull KTM team-mate Matthias Walkner, who had been almost six minutes ahead of the Australian, dropping over 20 minutes on Stage 4 and Joan Barreda Bort having a fall.

Price, on the other hand, is satisfied with keeping in touch with the front-runners for the time being.

Although Price took out this year’s opening stage, the steady approach mirrors that which he took when he won the event with a fractured wrist in 2019.

On that occasion, he did not hit the overall lead until the eighth of 10 stages and only topped a stage at the very end.

Price does, however, appear to have to contend with a strong challenge from the Monster Energy Honda squad this time around.

While Barreda Bort had his problems, his factory Honda team-mates currently lock out the top three with Brabec leading Kevin Benavides and the most recent stage winner, Jose Ignacio Cornejo Florimo.

Should one of them go on to take the title, they would break a streak of 18 Dakar wins in a row for KTM.

“Every team’s always stronger every year and they’re definitely trying to take that number one spot off the KTM team, so it’s just natural,” observed Price.

“Like I said, there’s plenty of racing to go yet so we just need to stay right there and we should be good.”