Peterhansel takes out Stage 4 as Al-Attiyah closes in

Peterhansel takes out Stage 4 as Al-Attiyah closes in 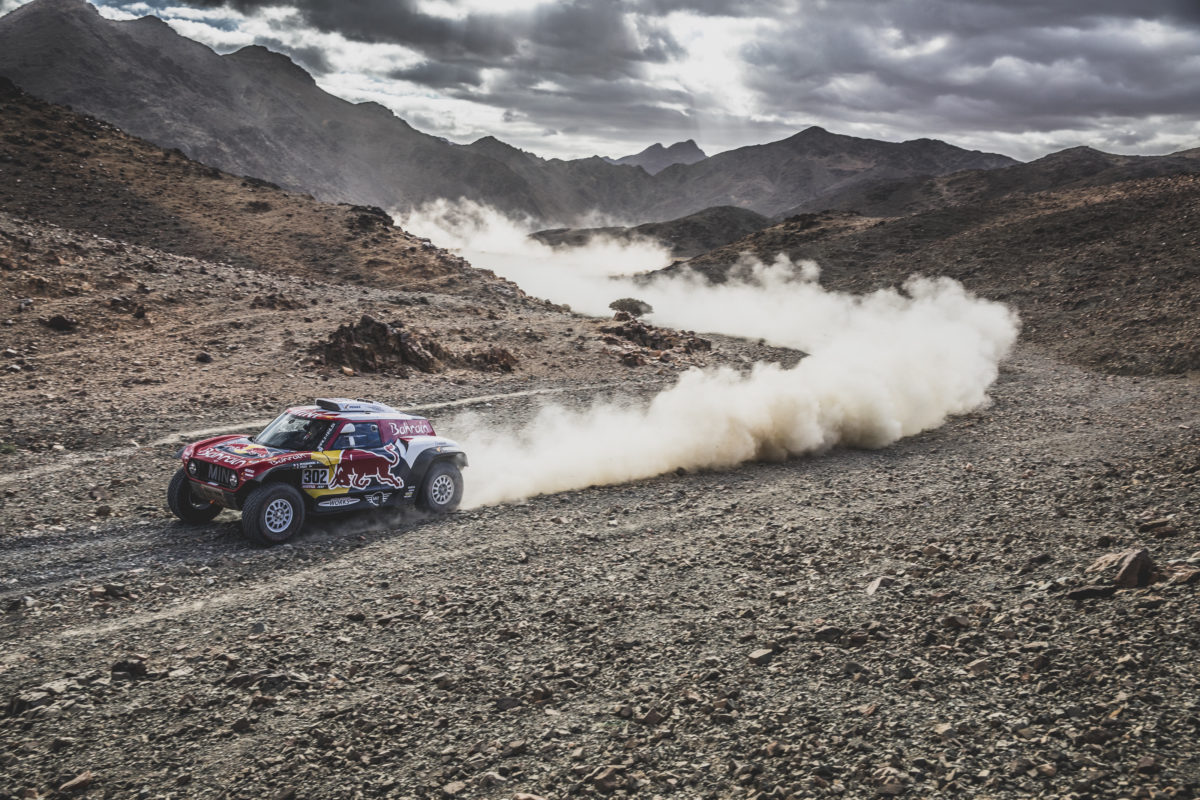 Stephane Peterhansel has won Stage 4 of the Dakar Rally in Cars while Nasser Al-Attiyah made up ground on event leader Carlos Sainz.

With ‘Mr Dakar’ fastest on the 453km special from Neom to Al-‘Ula from Al-Attiyah and Sainz, the overall classification is now that same top three in the opposite order.

Peterhansel led for most of the stage and the X-raid JCW buggy driver ultimately finished 2:26s faster than the #300 Toyota Hilux.

“It feels good after all that trouble in the first few days, even though we had a flat tyre and got lost once,” said Peterhansel.

“It wasn’t a flawless special, but it feels great to take the win. Leading the charge was hard and Carlos lost some time, but he did an amazing job because it didn’t take him long to get back on track. He might be the MVP today.

“There were more stones than expected and the final 60 kilometres were really difficult. My co-driver and I are starting to communicate more serenely and accurately, it’s getting better.”

Sainz, in the other X-raid buggy, who had the burden of opening the road, was only just over a minute slower than Al-Attiyah to the Kilometre 346 waypoint but ended up ceding 4:52s to the Qatari.

“The last 100 kilometres were the toughest sector I’ve ever faced in the Dakar,” said Sainz.

“It was insane. There were rocks all over the place and I could see the tracks of the bikes, it was devilish.

“At times like these, making it to the finish without running into trouble already feels like a win.”

Yazeed Al Rajhi (Overdrive Toyota) slipped to 23:10s off the pace but remains fourth overall after finishing in the same position on the stage.

In Trucks, Kamaz’s Andrey Karginov jumped to a 10:43s advantage over previous leader Siarhei Viazovich (Maz), as Anton Shibalov took out the stage in another Kamaz entry.

Ignacio Casale extended his lead in the Quads with a third stage win of the event, while there is another new leader in SSV in Jose Antonio Hinojo Lopez, with Mitchell Guthrie prevailing on the day.

Toby Price remains about a dozen minutes off the best pace in the Bikes after four stages, while Rodney Faggotter (Yamaha) dropped two spots overall to 17th.

Stage 5 sees the field head east to Ha’il with 353 competitive kilometres on the cards.