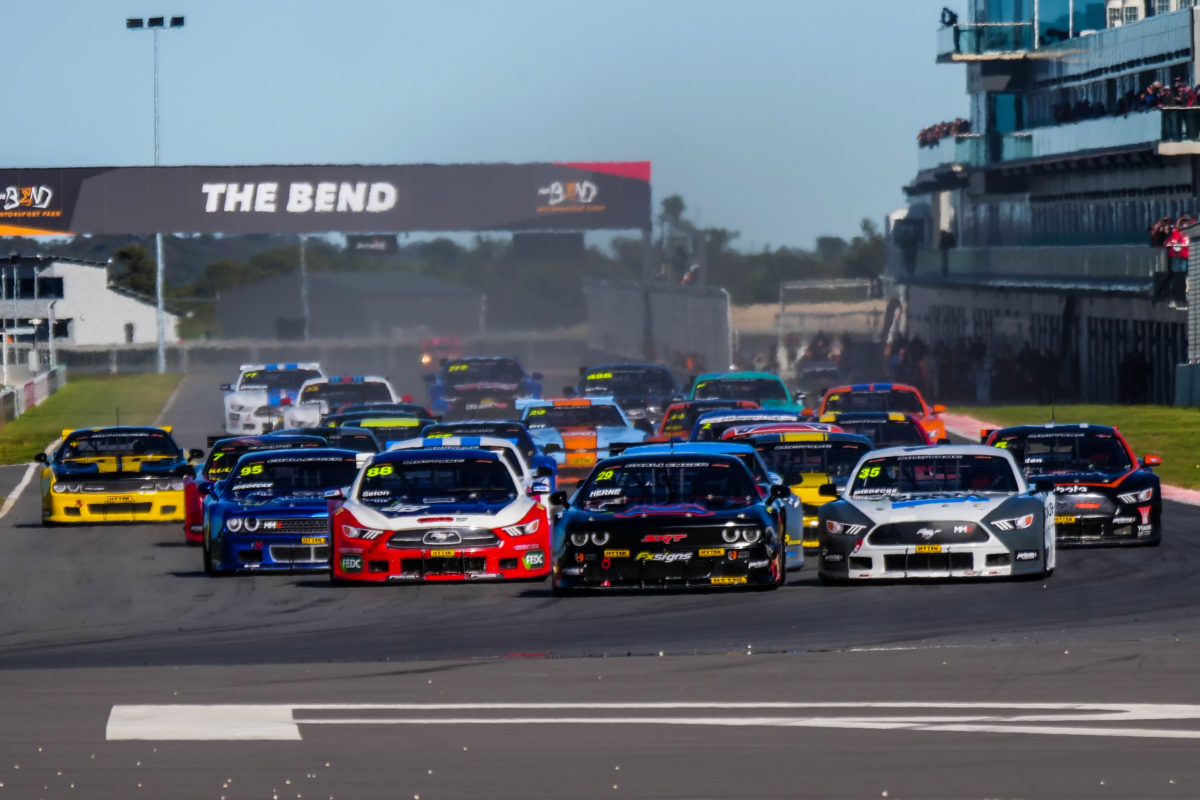 TA2 cars at The Bend

The Australian Racing Group has attained the commercial rights to properties including TA2 in Australia and New Zealand under a new agreement with the Trans Am Race Company.

ARG, which also holds the relevant Category Management Agreement with Motorsport Australia, will now move to set up a national TA2 series in Australia.

The move comes off the back of the formation of what was then termed an ‘alignment’ with organisers of the existing TA2 Muscle Cars Series midway through last year.

That series has run as a national competition for the last two years, albeit with rounds predominantly in the eastern states, on a mixture of state and non-Motorsport Australia programs.

It will run at a Supercars event for the first time when a non-points round is held at the Superloop Adelaide 500 next month, while the final round of the season will support the new, ARG-run Bathurst International at the back end of this year.

“It is an honour to have the official endorsement from the Trans Am Race Company as we look towards a big, bold future for Trans Am classes in Australia and New Zealand,” said ARG CEO Matt Braid.

“Trans Am is such an iconic racing brand and its series has been a stalwart of the American racing scene for decades, and is respected throughout the world.

“There are now a significant number of TA2 cars in the country, and we are working with the current competitor base and category administrators on the best way forward for all.

“The Trans Am 2 class is a great addition to ARG’s suite of categories and events, and with such heroic brands involved with nameplates like Mustang, Camaro and Challenger they are sure to become even more popular both on and off track.”

The Trans Am Race Company’s President, John Clagett, said, “It is fantastic that TA2 has gained an international recognition as a tremendous technical package at an affordable price point.

“ARG – one of the premier race promoters in Australia – has chosen to follow the TA2 technical rules package and to be officially licensed for use of the Trans Am marks and to have a services agreement with Trans Am Race Company.”

According to ARG’s announcement, existing competitors will have “the opportunity to step up to a national level, or continue with local state-based series.”