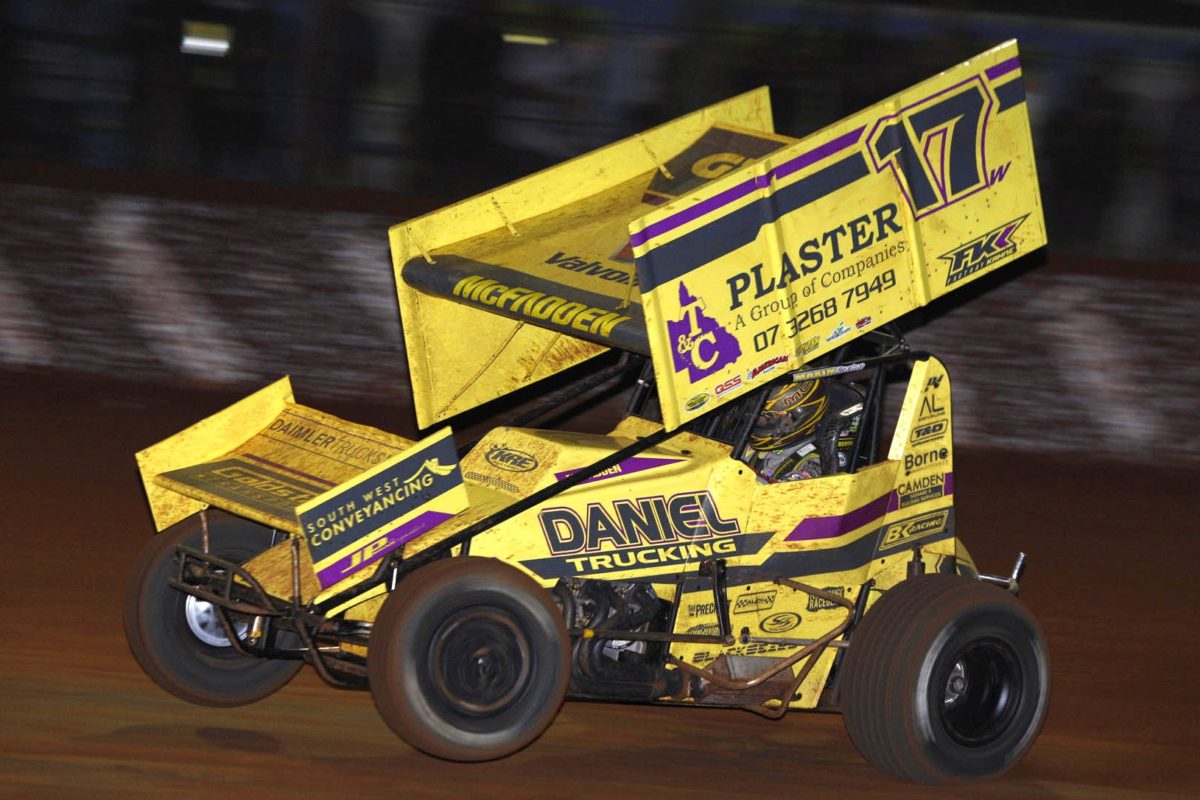 James McFadden has extended his QSS World Series Sprintcars lead with an all-the-way win in the A-Main at Fraser Shores Maryborough Speedway.

McFadden claimed pole position with a new track record of 11.051s on WSS’ first visit to the Queensland venue and started alongside Brock Hallett for the 35-lap feature.

Hallett, however, could not keep touch with McFadden and instead found himself under pressure from Kerry Madsen, who had started from the second row.

He held out until Lap 17, then ceded another spot to Jock Goodyer on Lap 23 and ultimately finished fourth.

Up front, Madsen got close to McFadden but trailed by 1.3s by the time they reached the chequered flag after 35 laps, with Goodyer nearly five seconds further back in a rare flag-to-flag affair.

“It was really tough to lap cars there,” said McFadden after achieving his 50th WSS podium. 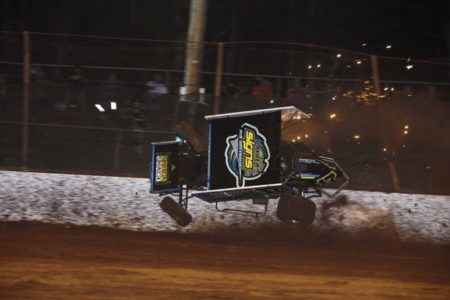 “The last four or five laps were terrible for me, but it’s fun when you win them.

“We haven’t been the top car the last few nights. We’ve been third or fourth, but this makes it all worth it.”

Luke Oldfield was the Quicktime winner earlier in the evening but rode the wall at Turn 1 in Heat 3 and took no further part in proceedings.

Round 9 is the Titan Garages Australian Sprintcar Open at Archerfield, this Friday and Saturday.