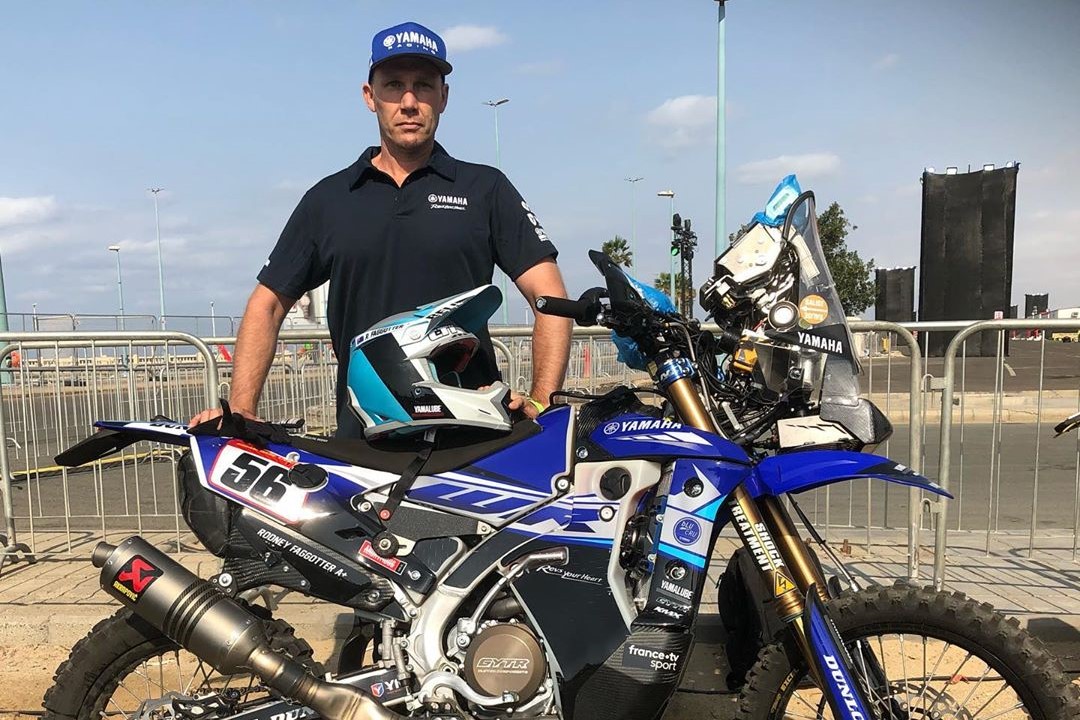 Rodney Faggotter has recounted his amusing experience with compatriot Toby Price when they got lost due to a technical error on Stage 3 of the Dakar Rally.

Organisers decided not to count the final 38 competitive kilometres of the loop around Neom for the Bikes field after riders were beset by problems with navigation equipment.

The GPS had not correctly indicated a waypoint, leading to Price, among others, initially losing more than 20 minutes as he attempted to find his way.

The Dakar champion of 2016 and 2019 was credited with fifth on the stage once it was officially cut short and now trails event leader Ricky Brabec by just under 12 minutes.

Faggotter, who was officially 14th fastest on the day and rose to 15th overall, was also caught out by the waypoint drama.

“Had a good solid ride and feeling good,” the former Yamaha factory rider, who is contesting the 2020 event as a privateer, wrote on his Facebook page.

“Bit of chaos late in the stage with a missing waypoint that wasn’t set up in the motos’ GPSs but was in the Quads and cars.

“Fortunately common sense prevailed and they took the stage times up to that point.

“Was funny for a while and even had a chat and trail ride around in circles with my ol mate @tobyprice87.

“Was funny until we were still searching for that bastard waypoint (half an) hour later but all ended well.”

Price said, “It’s been a tough day, but not too bad.

“Things were going well in the morning – a few mistakes here and there but nothing too bad. I just tried to stay on two wheels, ride safe and bring it home.

“Obviously the issue towards the end threw us all a bit, but it’s nice that the organisers acknowledged that quickly and rectified the results.

“The stage was really beautiful – lots of canyons and camels – I’m feeling good and keen to get going again tomorrow.”