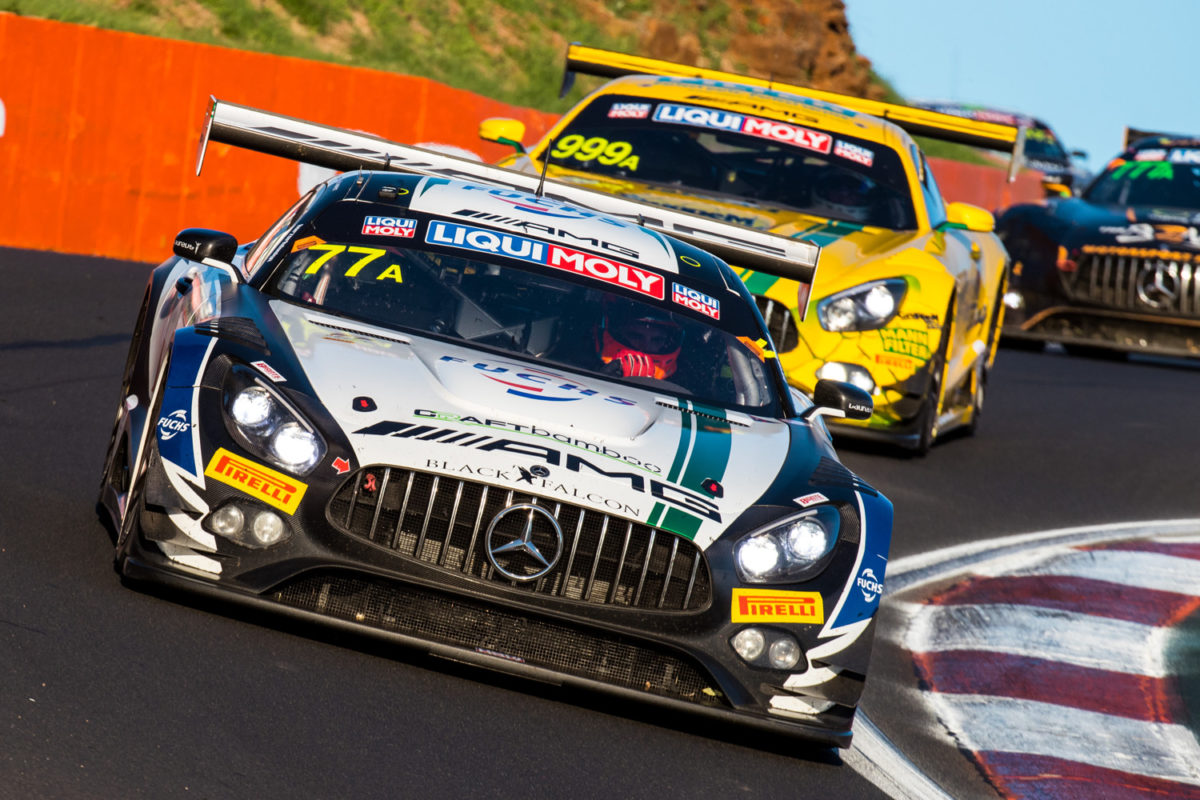 The 2020 Bathurst 12 Hour will feature a record GT3 field

The 2020 Liqui-Moly Bathurst 12 Hour is set to boast a record GT3 field with cars representing 11 different manufacturers set to compete.

A total of 40 cars have entered the event, 34 of which will be split between Class A Professional, ProAm, and Silver.

The balance of the field are comprised of GT4 and Invitational entries.

This year’s event is set to mark a number of firsts, including the Australian debut of a Honda NSX GT3.

Two McLaren 720S GT3s will also race at Mount Panorama for the first time with 59Racing boasting entries in both Class A Pro and Silver.

Also making its first appearance in Australian competition will be the Aston Martin AMR Vantage, with R-Motorsport and Garage59 set to field two entries apiece.

“This is a field as competitive and deep as any GT race in the world and represents the truly global nature of the Liqui-Moly Bathurst 12 Hour,” said event manager Kurt Sakzewski.

“As we saw in 2019, we think this field represents a great balance between having a strong field and depth to have a clean and highly competitive race.

“Teams from Asia, Europe, North America and of course Australia will participate and will represent 11 different GT3 manufacturers for the first time in the history of the event.

“The addition of the Honda NSX, in particular, has attracted enormous attention while the addition of the latest-generation cars we’ve yet to see at Bathurst will make for a very different looking grid this year.”

Entries could swell from the 40 already announced with Sakzewski claiming others were looking to finalise their plans.

“We are still fielding enquiries from teams putting programs together so there is every chance that this list will grow further prior to the event,” he said.

Though no drivers have been named a number have already had their participation announced.

Garth Tander was last week confirmed in one of the Audi Sport Team Valvoline entries, while Lee Holdsworth will race the No 9 Marc Cini entered Audi.

Last year’s race winner, Matt Campbell will race with Absolute Racing having been confirmed by the German marque when he was announced as a fully-fledged factory driver last month.

Class C for GT4 competitors sports just one confirmed entry with a second listed but still to be announced, with four MARC IIs rounding out the field.

There are no entries in Class B, which has previously catered to Porsche 911 GT3 Cup cars but this year changed to allow for Lamborghini Huracan Super Trofeo EVOs.

Next Story Format and schedule tweaks confirmed for Adelaide 500

Previous Story GALLERY: Roar Before the 24