Lloyds Auctions gets behind bushfire appeal 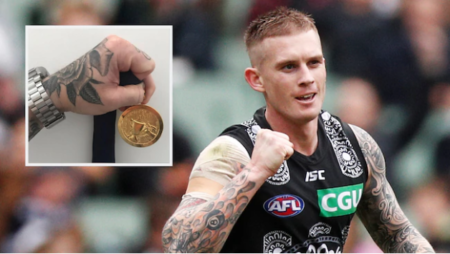 The auctions will allow people to donate items and have them turned into real cash with all proceeds going direct to the seller’s nominated charity.

The first auction has been launched and features the 2010 AFL premiership medal of Collingwood Magpie Dayne Beams which has already reached $23,000 with more than a day remaining.

All proceeds from the Bushfire Relief Auctions will be going directly to fire-affected communities, firefighters, and volunteers, according to Lloyds Auction Chief Operations Officer, Lee Hames.

“As unprecedented bushfires rip through Australia, we want to help as many fire-affected lives as possible by working with our partners, including Speedcafe.com,” said Hames.

“In less than 24 hours since going live, our phones have been ringing off the hook and we are astounded with the amount of support from the public, companies, and celebrities donating items to support fellow Australians in need.

“There will be zero costs and zero fees with one hundred percent of funds donated to charities and fire services including the Red Cross, Salvation Army, WIRES, and the RFS.

“We anticipate to now hold a series of auctions in this next week which could raise millions of dollars due to the huge response from people wanting to donate whatever they can, whether it be an item, service, or experience.

“We will be continuing to publish hundreds of lots in the coming days so we encourage the public wanting to get involved to keep checking the website for updates where I can say we have some very exciting and popular items up for grabs.”

People can donate items, experiences or services by clicking on this link and providing the relevant details.

Many members of MRM have been actively involved in servicing communities and individuals affected by the bushfires across Australia for many weeks.

You can bid on these posters by clicking here.