Mazda in command in Daytona

Mazda in command in Daytona 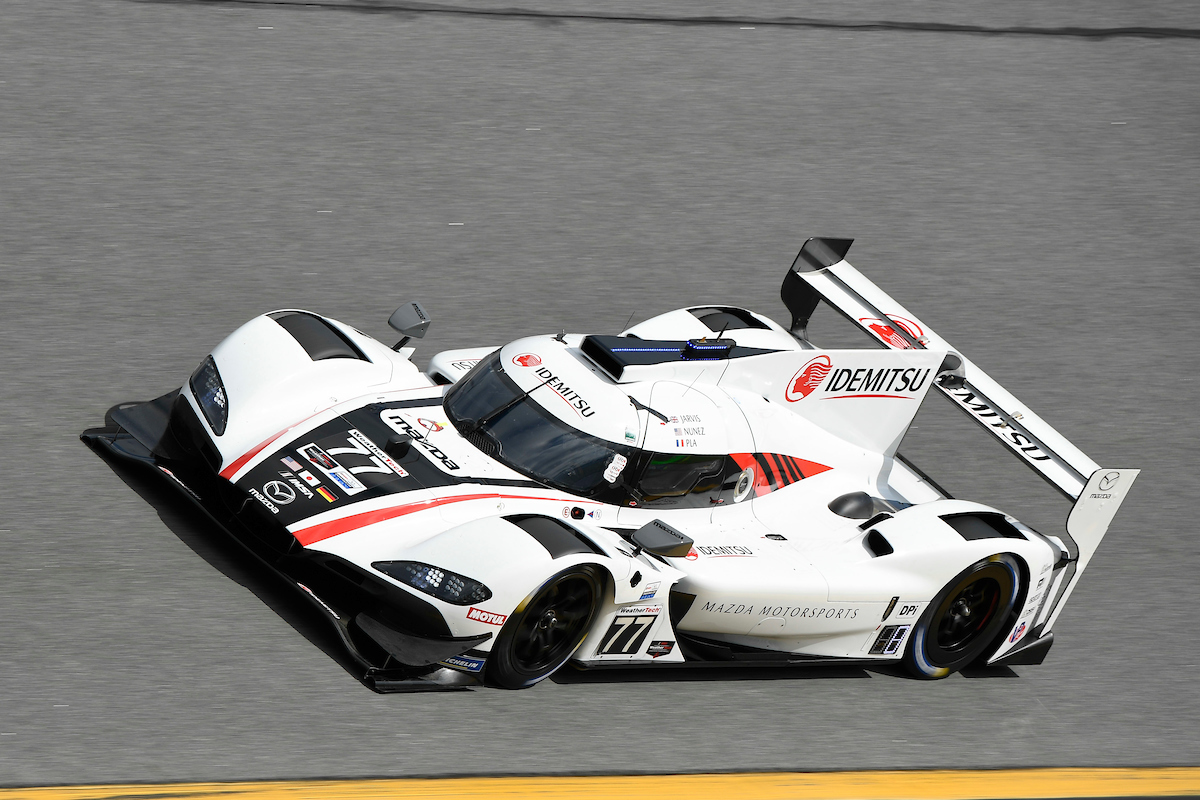 Mazda Team Joest stamped its authority over the final day of the Roar Before the 24 after setting the fastest time in the DPi qualifying session and the final practice session of the event.

The season precursor is an extended testing opportunity with a competitive qualifying component to determine garage and pit order for the 24 Hours of Daytona.

Classes are split with GTD and LMP2 runners having had their session on Saturday.

Ferrari broke Porsche’s stranglehold on the GTLM class to nab top spot, though was only 0.001s ahead of the Nick Tandy, Frederic Makowiecki, and Matt Campbell Porsche.

Though having wound up slowest in qualifying, the Cadillac DPi of Dixon and Briscoe banked the fastest time in the final session courtesy of Kamui Kobayashi.

The Japanese driver set a 1:34.533, 1.2s slower than Pla had managed in qualifying, to end Practice 7 fastest.

The pole-sitting Joest entry was second, just over a tenth back with Oliver Jarvis at the wheel.

Earl Bamber and Campbell put Porsche fastest in GTLM, the Kiwi heading his Australian counterpart with Mostert’s BMW entry nearly 1.3s off the pace in seventh and last in class.

Alvaro Parente was the fastest of the GTD runners in an Acura NSX GT3, narrowly edging out the GRT Magnus Lamborghini entry by 0.070s.

Shane van Gisbergen was fourth fastest in the session, though it was Townsend Bell at the wheel of the Lexus RC-F GT3 to set the time.

Teams and drivers are set to return to the venue across the January 25-26 weekend for the 24 Hours of Daytona.