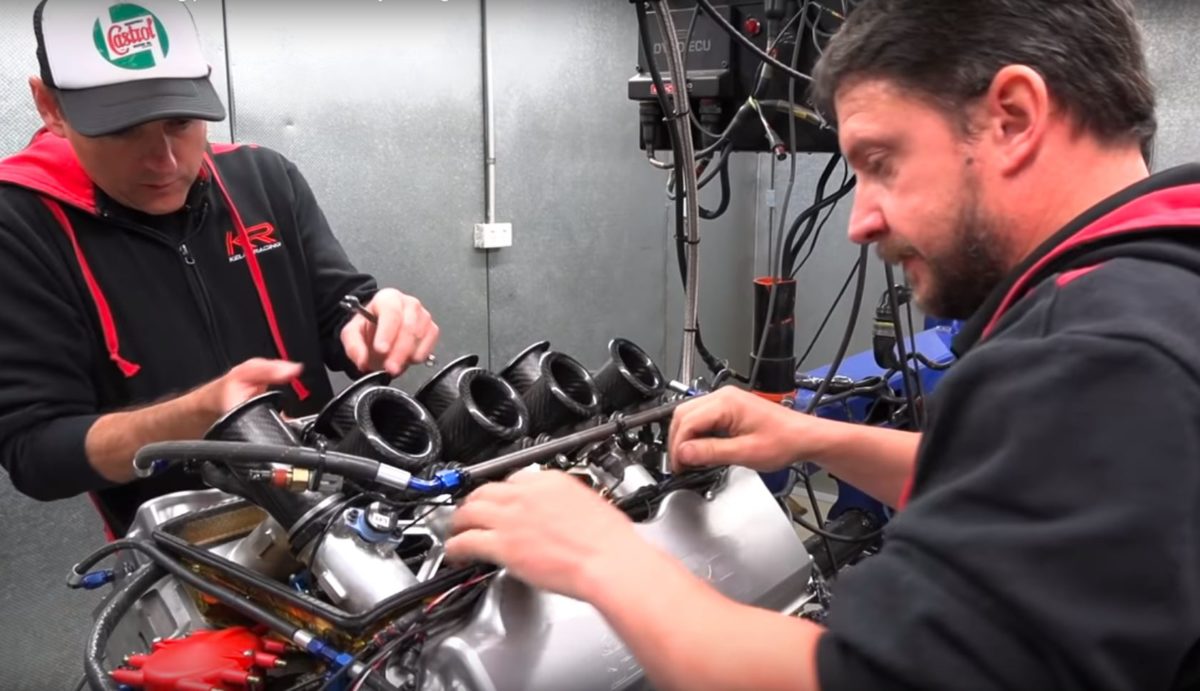 Kelly Racing is working to finalise its engine for homologation

Feverish work at Kelly Racing continues as the team looks to avoid an early season power deficit with its in-house developed engines.

Switching from Nissan Altimas to Ford Mustangs for the coming Virgin Australia Supercars Championship season, work has been non-stop at the Braeside factory.

Alongside completing the necessary car build and conversion, the squad has been developing its own engine for the new car.

Work on that aspect has now entered a crucial phase as the deadline to meet homologation requirements for the new season looms.

Team co-owner Todd Kelly hopes his squad will fire its engine on the dyno in the coming week ahead of shipping it to the Supercars technical department for evaluation and sign-off soon after.

With the sign-off process expected to take up to a month, and the team still needing time to build engines once received, the pressure is now on to deliver a race ready engine the team can take to the opening round in Adelaide next month.

“We really need to get something on the dyno pretty close to being final spec in the next week or two and then from there it really needs to go directly to Brisbane,” Kelly told Speedcafe.com.

“Hopefully all the initial testing we’ve done on our test engine pays off and we kind of get to, or at least close to, where we need to be on our first attempt.

“If not, the timeline’s really going to dictate what we go to Adelaide with.”

Though Kelly is confident that his squad will produce something close to what is needed, worst case scenario is the team’s effort is down on power versus the competition in the opening races.

“From all the testing we’ve done, we’ve basically locked in the exhaust system, but we’ve got two different intake manifolds to try, and a couple of small things to take up to the homologation but we’ve kind of ended up with the best of what we could come up with in the time frame,” Kelly explained.

“It’s getting all the parts, with enough time to spare to get any kind of testing done, which is going to be the issue at the moment.”

Should the engine fall short of the power number of others’, the team does have the opportunity to revise its engine and resubmit it.

However, given the time constraints, that would almost certainly necessitate running at a disadvantage in the early races.

“That would be a pretty big achievement to hit the (power) number just in one run,” Kelly admitted.

“If it’s not on the number and it’s not there… we can go back and make changes to try and get to the number.

“We won’t know how far off we are or whether that is going to be a requirement until we get up there (to Supercars’ technical department).”

The first official outing for Kelly Racing with its Mustangs will be the pre-season test at The Bend Motorsport Park on the Tuesday prior to the opening round in Adelaide on February 20-23.