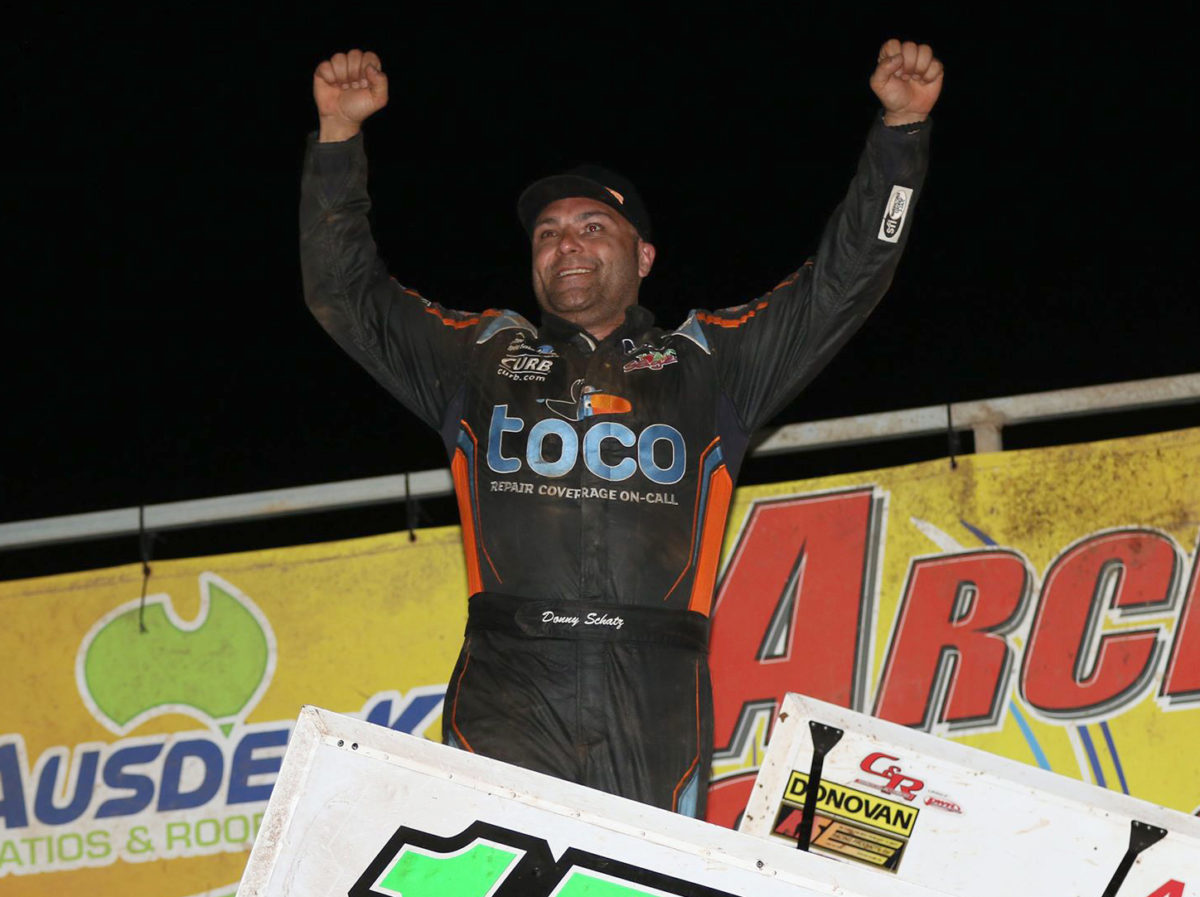 Schatz and Rusty Hickman battled it out for victory in the closing laps of the Main, the American pulling ahead with just two laps to run.

It capped off a stirring performance after starting ninth for the 35 lap affair and carving his way forward in the opening stages.

Schatz had progressed to the final having picked up third and fourth place finishes in his heats.

That saw him start sixth for the Bronze Shootout but was unable to graduate while Hickman raced his way through the Silver and won the Gold Shootout to take pole for the final.

There, Hickman found himself staving off efforts from Luke Oldfield in the early stages, using traffic to his advantage on multiple occasions.

As the race built towards its crescendo Schatz joined the lead battle, putting a move on Hickman on Lap 26 only for it to be immediately countered.

Oldfield’s challenge was snuffed out when he spun three laps later, triggering a caution and setting up a dramatic finale between Hickman and Schatz.

The Victorian hung on ahead of the 10-time Knoxville Nationals winner until Lap 33, taking the lead and holding on to take the chequered flag in a nail-biting finale.

“He made some really good moves.”

The series returns to Toowomba’s Hi-Tec Oils Speedway tonight for round seven, before making its first appearance at Maryborough’s Fraser Shores Speedway on Tuesday.

Next Story Reutzel charges to debut WSS victory in Toowoomba