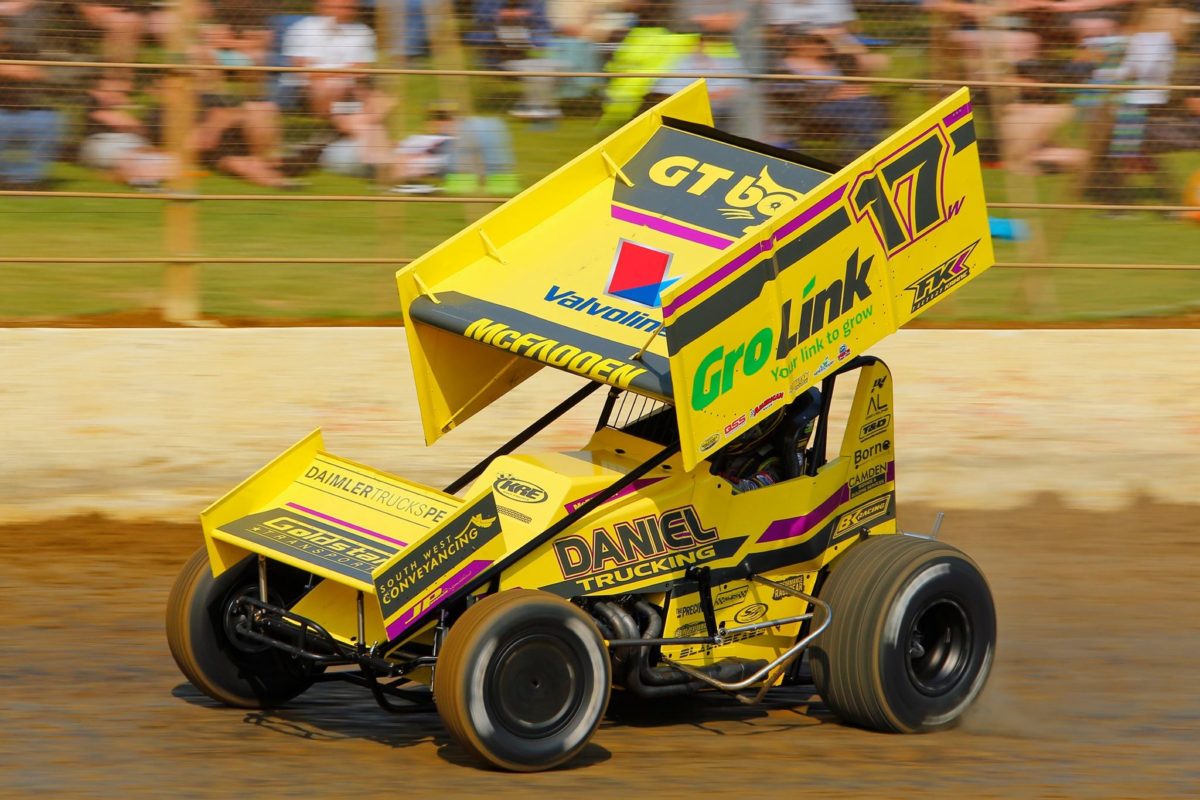 James McFadden has won Round 5 of World Series Sprintcars and Speedweek altogether after a clash with then-leader Kerry Madsen in Warrnambool.

Madsen had arrived at Premier Speedway with a 46-point series lead but contact between him and McFadden on Lap 6 of the A-Main was decisive.

They had shared the front row for the 35-lap affair and Madsen took the initial lead from pole position.

He looked a prospect of running away with the race having already caught the tail of the field on Lap 5, but that triggered his downfall when he and backmarker Jake Tranter touched at Turn 4.

McFadden took the opportunity to go for a slide job but had not quite cleared Madsen and they made right-rear to left-front contact exiting Turn 2 which put the #W2 Krikke Motorsport entry into the wall.

“I honestly thought I was well past him,” said McFadden of the incident with Madsen.

“He stuffed up his run with a lapped car coming out of (Turn) 4 so I thought I had a run on him, so I apologise to Krikke Motorsport but I really thought I was clear.”

Grant Anderson finished second despite some bold attempts to pass from Cory Eliason, who remained third.

Corey McCullagh drove up from ninth to fourth, Jack Lee was fifth, and Brooke Tatnell finished sixth from 10th on the grid.

Round 6 takes place at Brisbane’s Archerfield on January 4.