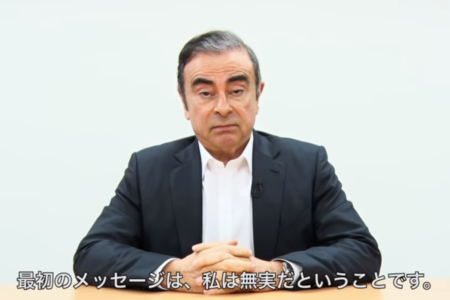 Former Renault-Nissan boss, Carlos Ghosn, who faces trial in Japan having initially been arrested in 2018 over alleged financial irregularities, has mysteriously fled the country despite the surrender of his passports.

Ghosn was instrumental in Renault’s return to Formula 1 in a factory capacity at the end of 2015, and an influential figure in the automotive industry until his arrest in November 2018.

The 65-year-old was born in Brazil but is of Lebanese heritage and is now back in Lebanon, a development which has left his lawyer “dumbfounded”.

Ghosn holds French, Brazilian, and Lebanese passports, but had to hand those over to his legal team in order to prevent him from leaving the country.

While on bail at a sum of 1.5 billion yen following his re-arrest last year, he was also placed under strict surveillance and had restricted use of phones and computers, according to both the BBC and CNN.

Ghosn said in a statement, “I am now in Lebanon and will no longer be held hostage by a rigged Japanese justice system where guilt is presumed, discrimination is rampant, and basic human rights are denied, in flagrant disregard of Japan’s legal obligations under international law and treaties it is bound to uphold.

“I have not fled justice — I have escaped injustice and political persecution. I can now finally communicate freely with the media, and look forward to starting next week.”

His lawyer, Junichiro Hironaka, said that the apparent escape to Lebanon was a shock.

“I am dumbfounded,” Hironaka told reporters.

“I don’t even know if we can contact him. I don’t know how we will proceed beyond that.”

Among the theories as to how Ghosn escaped is a report from Lebanese television news channel MTV that he hid in a musical instrument case.

Ghosn has been accused of under-reporting his income and siphoning money to an account he controlled via a payment to a Nissan distributor.

Nissan itself has also filed a criminal complaint against its former boss.