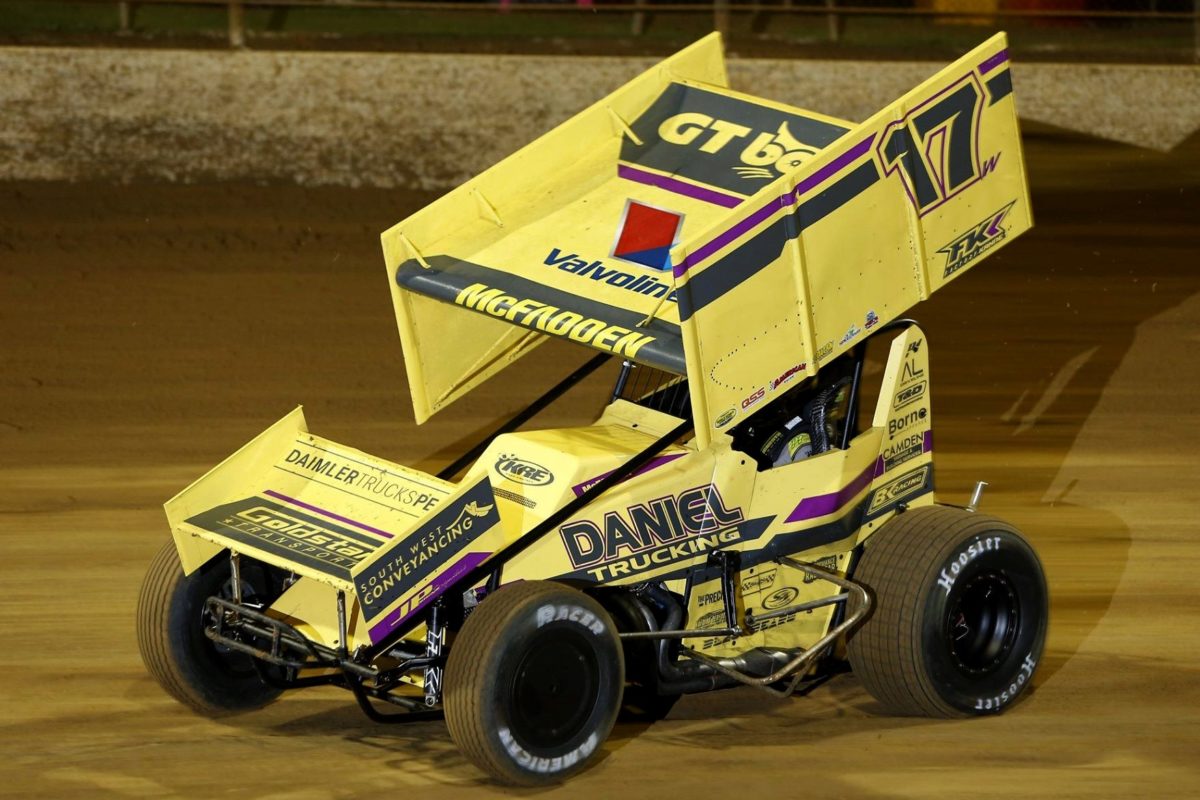 James McFadden has taken his first win of the 2019/20 QSS World Series Sprintcars season with a dominant showing in Round 3 at Warrnambool’s Premier Speedway.

The four-time WSS champion finished third and second in his heats with fastest laps in each, then topped the Gold Shootout to earn pole for the A-Main.

McFadden set what would prove to be the fastest lap of the race on the very first tour as fellow front row starter Cory Eliason slotted into second, from Kerry Madsen and Brock Hallett.

Eliason nevertheless got close to McFadden until caution lights came on when Aidan Hall rolled at Turn 4 on Lap 6 after a suspected component failure.

Madsen nabbed second position from Eliason upon the restart but was unable to provide a series challenge to McFadden.

The #W17 Monte Motorsport entry led all 35 laps and McFadden in fact lapped up to eighth in the field as he won by five seconds.

Madsen took second and Eliason remained third while Hallett, who was the Revolution Racegear Quick Time winner earlier in the evening, ended up fourth.

Having won on the previous evening in Mount Gambier, Brooke Tatnell was unable to get past the B-Main in the series’ first visit to Warrnambool of the campaign.

Tatnell suffered a steering failure in qualifying which put the #V55 Ray Scott Transport machine into the wall at Turn 4.

While the team managed to turn the car around for the heats, he could only grab enough points to start at the front of the C-Main, which he won before finishing 11th in the B-Main.

Madsen continues to lead the series having been on the podium in each of the four features so far, while McFadden and Eliason are each 46 points behind in a tie for second.