Home » Speedway » Hallett pulls off big upset in WSS Round 1

Hallett pulls off big upset in WSS Round 1 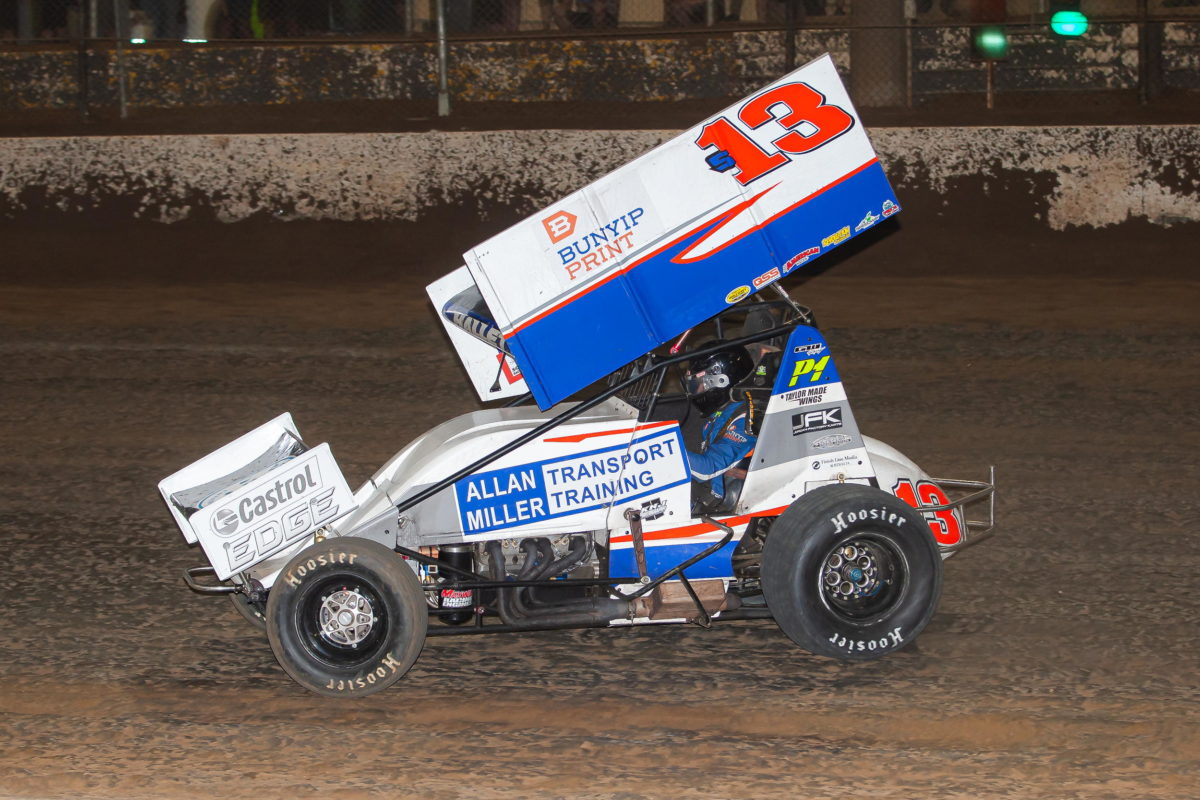 Brock Hallett has pulled off a major upset to take his maiden sprintcar victory and a $20,000 payday in Round 1 of World Series Sprintcars at Murray Bridge.

The South Australian won the 35-lap main event from ninth on the starting grid, with Kerry Madsen second and Cory Eliason rounding out the podium.

Hallett had in fact dropped a spot on the opening lap and was still 10th until Rusty Hickman drew a stoppage when he found the Turn 3 wall on Lap 6, while running second to pole-sitter Madsen.

Craig Vanderstelt and then James McFadden, the latter of whom was fifth at the time, caused two more stoppages in the next five laps.

Hallett was still towards the back of the top 10 during that time but, upon the restart, began his charge.

He headed for the pole line and was picking off his competitors with relative ease, reaching second position on Lap 19.

Hallett needed only two more laps to get by Madsen and take the lead, where he stayed until an incident between Jake Tranter and Tate Frost saw the caution lights illuminate with three laps to go.

The restart was no problem for Hallett, who took victory by 1.4s.

“This is just amazing,” he said.

“I’m such a big fan of Kerry and Cory Eliason and watch them race in the States all the time, and to have been able to beat guys who you admire so much is just an amazing achievement for this little team.

“If I were to thank every person who has contributed to my career so far, we’d be here until tomorrow, but they know who they are.

“It’s been a long time since I won a race, and I threw away a second at Avalon a few weeks back so let’s hope this is the start of a new era for me and the team and the first of many wins in a sprintcar.”

Despite the obvious disappointment of Madsen and Eliason, the former leads the series on 434 points and the latter is third on 413, with Hallett between on 422.

Luke Dillon, who won the Preliminary Main the night prior, was fourth in the A-Main ahead of Steven Lines, Brooke Tatnell, Lucas Wolfe, Lachlan McHugh, Jack Goodyer, and Aidan Hall.

Matt Egel had risen to fifth in the very late stages from 11th on the grid but blew a tyre and was ultimately 13th.

Next Story VIDEO: ARMOR ALL Summer Grill: The future of SuperUtes