Ducati boss: Petrucci’s form after contract was a ‘coincidence’ 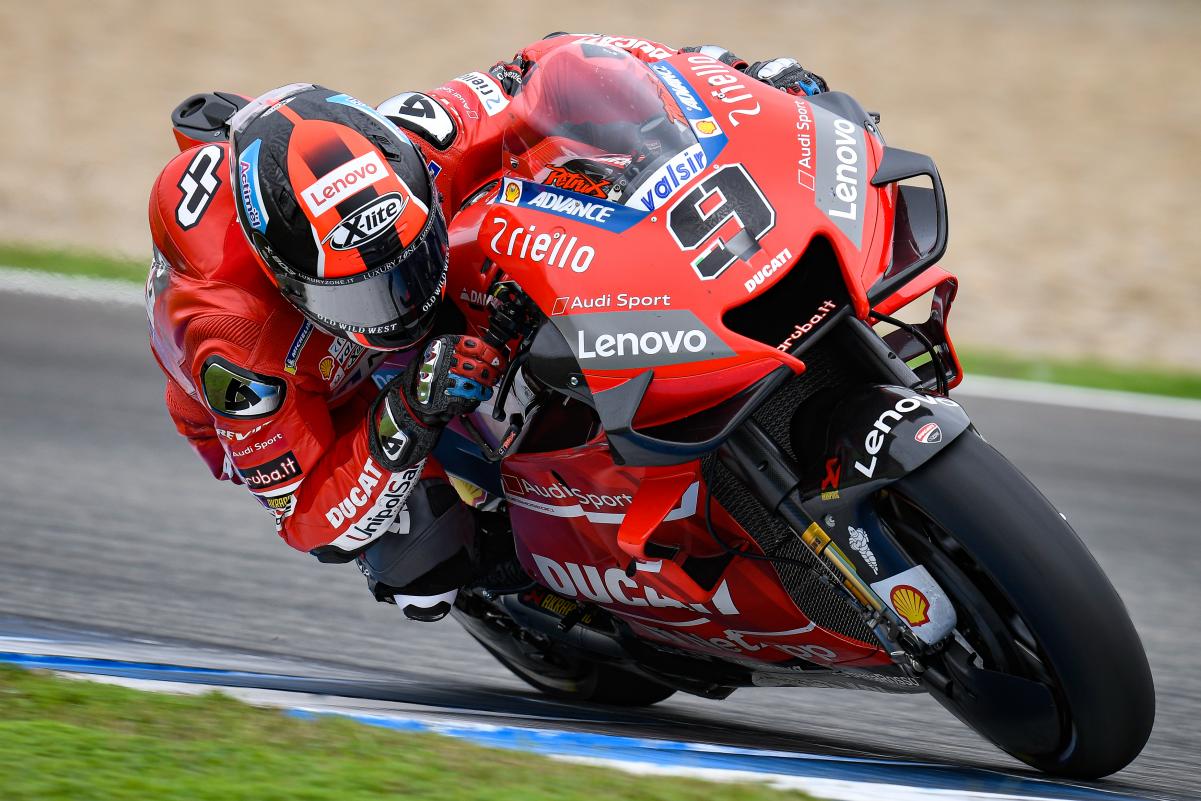 Ducati Sporting Director Paolo Ciabatti says that Danilo Petrucci’s drop in performance after securing a new contract with the factory team was “just a coincidence”.

The second Ducati Team seat become a contest between the Italian and Jack Miller, the latter of whom was eventually renewed for another year at satellite squad Pramac Racing.

Petrucci took a maiden MotoGP race win at Mugello in June amid a run of three straight podiums, followed by a sixth in Assen, ahead of confirmation of his ride for 2020.

That announcement came on the eve of the German MotoGP weekend at the Sachsenring, where Petrucci finished fourth, but his best result thereafter was a seventh position in Britain.

“I think that the fact that Danilo’s performance was not the same after he signed the contract is just a coincidence,” said Ciabatti.

“Last year Jorge (Lorenzo) started winning on the Ducati after deciding to switch manufacturers, so I think it’s just a coincidence.

“Danilo started the season in a perfect way and then he had three podiums in sequence, winning a fantastic race in Mugello. He also did a good race, I would say, in Sachsenring.

“But after the summer break something changed and obviously we are trying to work with him, trying to give him back the same level of confidence he had in the first part of the season – so far, without success.”

Petrucci’s dry spell was arguably made more stark by Miller’s run through the second half of the season.

The Australian collected three more podiums after the summer break and finished the year eighth in the championship, two positions and 11 points behind Petrucci.

Ciabatti, who moved to dismiss end of season rumours that the two would be swapped before the start of 2020 as ‘bullshit’, maintains that Petrucci can rekindle his best form of 2019 in the new year.

“Obviously we know he has some peculiar riding style, mainly because of his size and weight,” added Ciabatti.

“So in certain conditions he is suffering more than other riders with tyre wear. We struggle in general when there is a low level of grip.

“Anyway, we think Danilo is a rider who is capable of fighting for podiums and winning races, we just need to work with him and try to bring him back to what he showed he was able to do in the beginning of the season.

“So, we have confidence in him and we will work with him also for next year to bring him back to where he was in the first part of 2019.”

It has also engineered a move which will see Johann Zarco race for Reale Avintia Racing alongside Tito Rabat after the Frenchman was overlooked for the second Repsol Honda seat.