V8 SuperUte test to be held to drive interest in series

V8 SuperUte test to be held to drive interest in series 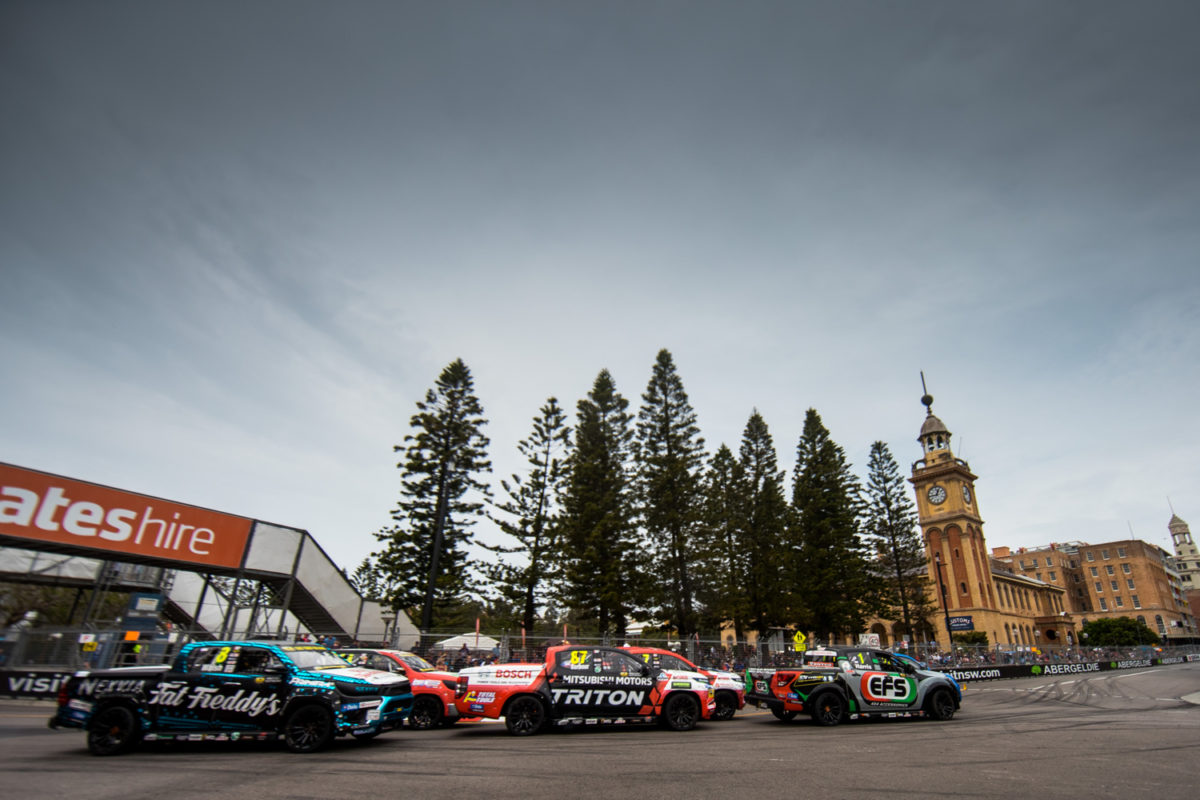 The last diesel SuperUtes round in Newcastle

Peters Motorsport is inviting prospective drivers to test its V8 SuperUte in the new year in a bid to drum up interest and ensure that the series goes ahead.

While competitors have now settled on Chevrolet’s 6.2-litre LS3 for the category’s change from the brief turbo diesel era to common V8 engines, the series has not yet been confirmed as happening in 2020.

As such, Peters Motorsport has proceeded to fit a 6.0-litre V8 to one of its Mazda BT-50 SuperUtes which it is aiming to have on-track in mid-January, at which time it will offer drivers the chance to test the car.

Team manager Brett Peters believes that there is genuine enthusiasm about the change of spec but is also of the view that it will take firsthand experience of a V8 SuperUte to encourage new drivers to commit to racing.

When asked if the series was locked in to be held next year, Peters told Speedcafe.com, “It’s still very much work in progress.

“But everybody’s doing everything what they can and our part of the thing is to get an engine in a car and get out there so people can see it and hear it and it’s actually real, and if that hopefully contributes to a little bit more activity.

“I think it’s alright talking about V8s and quite a lot of people (are) excited but there’s nothing quite like touch and feel, so we’ve put it out there and once (the V8-powered BT-50 is) going, if there’s some genuine people that want to jump in and have a go, we’re more than happy to let them have a try.”

A five-round calendar with a mid-year start has provisionally been agreed to with Supercars, which has set the bar at a minimum of 14 utes on the grid, equal to the biggest field SuperUtes saw in its first two years.

Peters is of the view that an even larger field is not only attainable, but important for putting on more entertaining racing and spreading the costs of running the series more widely.

“Supercars want us to have 14 but we want to have more than 14. It just makes the entry fees, et cetera (more affordable) and just from the racing, everything about it, you need more than 14.

“And PACE (Innovations) have got the gear, it’s all sitting there ready to go.

“They’re like a kit car, really. By the time you strip them, send them to PACE, they put the cage in and all the special parts for the rear end and the like, send it back to you; you’re just putting it together.”

While the turbo diesels were generally unpopular among motor racing fans, the cars themselves were regarded as superior to drive compared to the old Falcon and Commodore V8 Utes.

It is hoped that SuperUtes will be better supported once the LS3 switch occurs, with a deal already agreed with Holden to supply up to 20 engines.