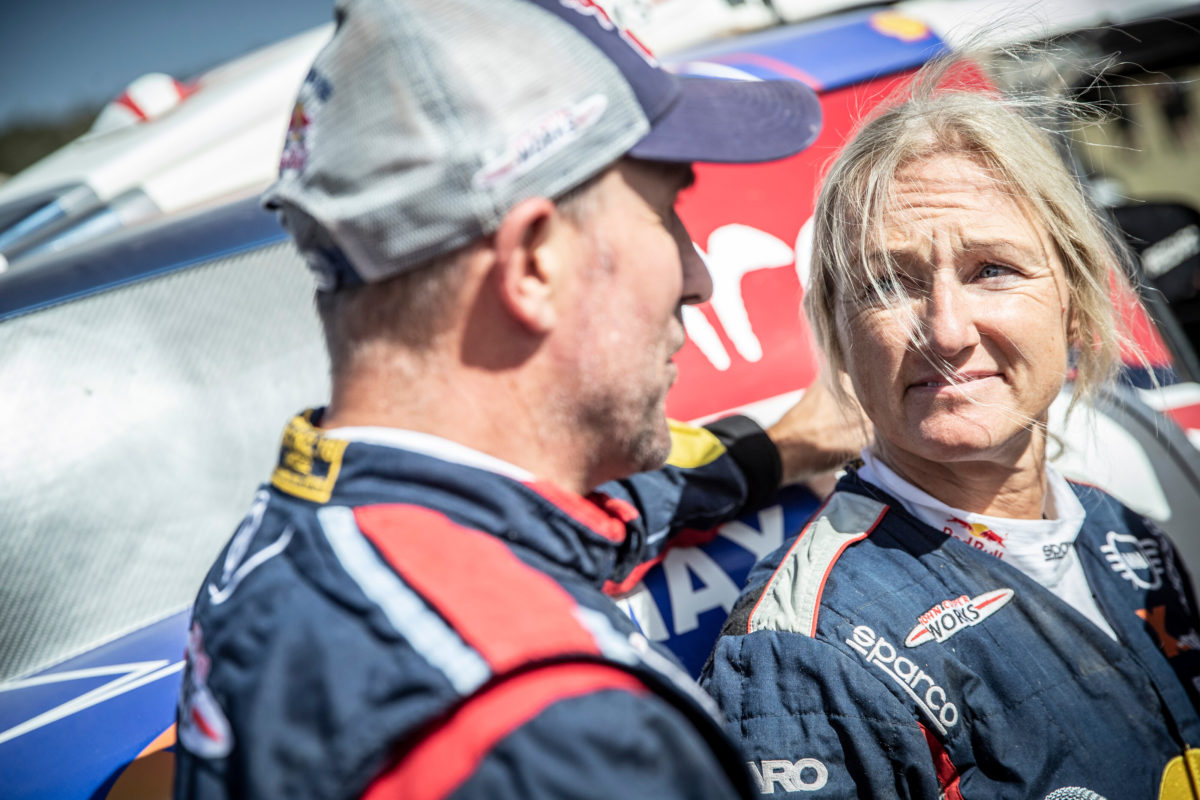 Dakar legend Stephane Peterhansel has been forced into a late co-driver change after his wife Andrea had to withdraw from the event due to health reasons.

The Peterhansels won this year’s FIA World Cup for Cross Country Rallies, the first husband and wife duo to do so, but Andrea missed last month’s Riyadh Rally having failed a medical.

Portuguese navigator Paulo Fiuza will step into the breach for the Dakar Rally having also done so in Riyadh, where Stephane Peterhansel finished second.

“We tried and hoped until almost the last minute, but unfortunately Andrea cannot compete in the 2020 Dakar,” said X-raid boss Sven Quandt.

“She and Stephane had a great season and could certainly have been among the front runners in Saudi Arabia (Dakar Rally), but health comes first.

“But we’re also sure that Paulo will do a very good job. He and Stephane worked well together at the Riyadh Rally.”

Stephane Peterhansel has won the Dakar 13 times, six in Bikes and seven in Cars, while Andrea has finished fifth as a driver herself and also on two wheels.

X-raid boasts multiple Dakar winners in both of its Mini John Cooper Works Buggies with Carlos Sainz to drive the sister entry.

Sainz has declared that X-raid can challenge 2019 victors Toyota with another year’s worth of development on their JCW Buggies.

Stage 1 of the 2020 Dakar Rally takes place on January 5 (local time) in Jeddah.